How much do you know about former Fixer Upper star Joanna Gaines? Here are five interesting  facts you probably didn’t know. 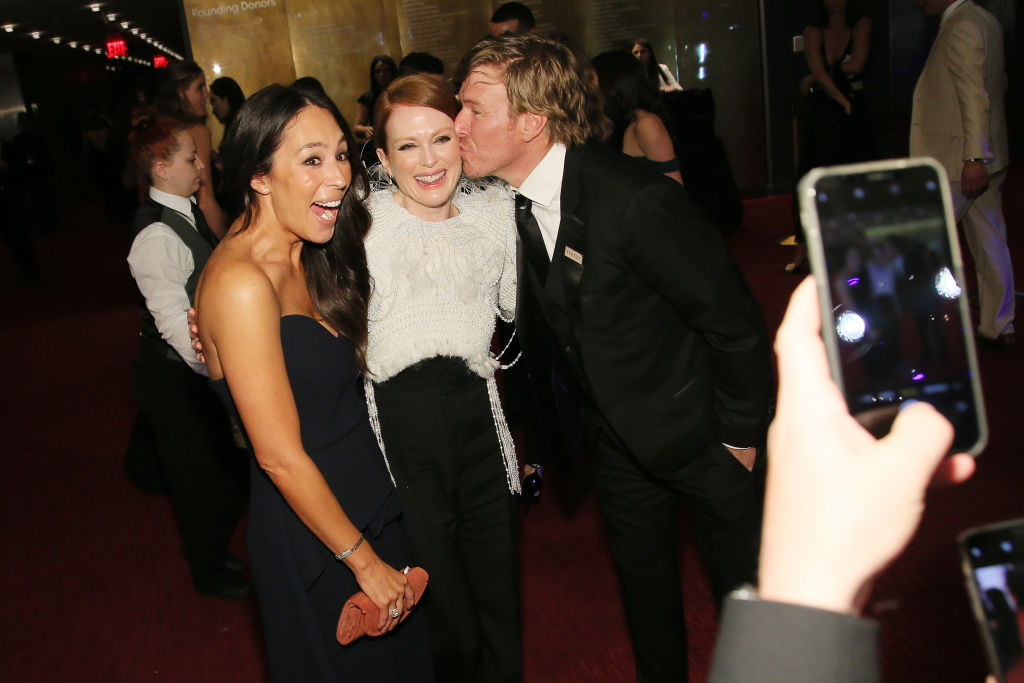 Technology makes it hard for a lot of people to focus on their loved ones. Ipads, mobile phones, and other tech tools often get in the way of bonding time. This is why Joanna makes sure to have a ban on phones during meals. She said in a blog post she prefers for everyone to engage in meaningful conversation. “We incorporated these hanging leather pouches at each table to serve as a place to store cell phones during the meal. At our house, we keep phones away from the table at mealtimes so we can focus on each other and the conversation around the table,” said Joanna.

Although Magnolia Market is known as Chip and Joanna’s business, it was originally owned by just Joanna. She purchased the shop before the couple was married in 2003. Chip was pursuing his business in remodeling and Joanna pitched in now and then. However, Chip encouraged his wife to go after her dream of opening a shop.

3. During her early years in business, Joanna perfected the art of “fake it till you make it”

One thing that can be intimidating about starting a new business is that everyone expects you to be the expert and to know just about everything. Instead of buckling under the pressure, Joanna decided to give it her best shot and make things up as she went along. The Magnolia blog discusses how Joanna made it work:

Steadily, the Market gained attention, and people began seeking design advice from Jo. Joanna laughs at herself now, thinking of those first years when people would ask questions about how to decorate a mantle or what to do with an awkward wall. She’d give her advice off the cuff – making it up as she went along. After all, she’d studied communications at Baylor University, and wasn’t formally trained in design. But after a lot of practice and fine-tuning, she developed a style – the style that has now captured a national audience.

4. Joanna’s favorite room in the house is the laundry room

Surprisingly, Joanna’s favorite room in the house isn’t the kitchen or the living room. In an interview with Today, she said her favorite room in her farmhouse is the laundry room. With five kids, it’s likely she spends a lot of time in there.  “I love my laundry room. I know that’s a funny thing to love, but this summer I gave it a complete makeover and now it’s a place that inspires me. Just the natural light alone makes me want to settle in and drink my morning coffee there. As a bonus, it helps me dislike laundry day a little less,” said Joanna.

5. Joanna’s first job was at an all-you-can-eat buffet

Considering Joanna’s down-to-earth demeanor, it’s not too surprising she had humble beginnings when it comes to work. She started out in the food industry when she began her first job at an all-you-can-eat buffet.