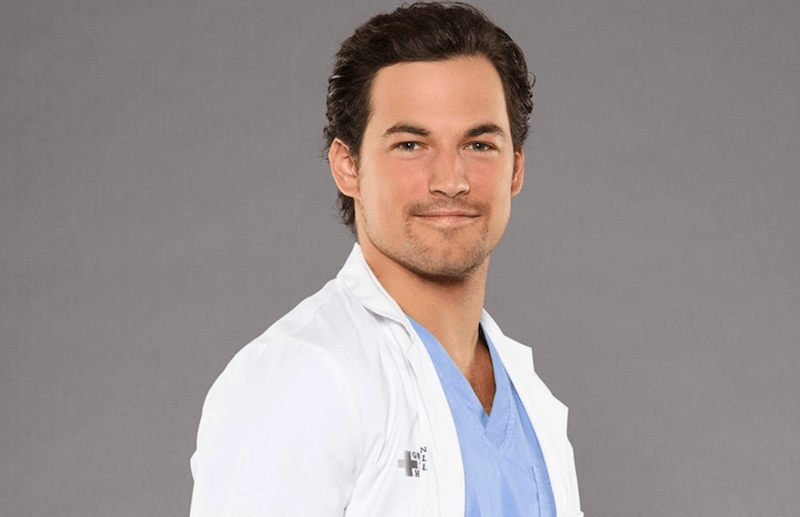 The second half of the fifteenth season of Grey’s Anatomy has one major question to answer: Who will Meredith Grey date, DeLuca or Link? The award-winning surgeon, who has been front and center throughout the series run, had a great love affair with Derek Shepherd, but since he passed away seasons ago, Meredith’s only had one brief fling. Now, it looks like she’s going to have to decide between the new, laidback ortho guy or the hot, Italian resident who has a thing for her.

Who is Giacomo Gianniotti?

The latter is Andrew DeLuca, portrayed by Giacomo Gianniotti. As it turns out, the actor and the character have a little bit in common. Both were born in Italy but grew up in North America. Gianniotti spent his formative years in Canada but began his career with roles in both Canada and his native Italy. Gianniotti is 29 years old.

Took me 10 years to put my collar down but I did it. Lets hope the next ten years are more forgiving. #imabigboynow #2009 – #2019 #tenyearchallenge #oof #dowiththiswhatyouwill

Prior to landing the role of DeLuca on Grey’s Anatomy, Gianniotti had a few notable roles. His first big recurring role was as Remy/Lord Julien Varga on Reign, the CW drama about Mary Queen of Scots. He appeared in five episodes of the first season.

Gianniotti went on to play another controversial love interest: He recurred as Freddy, Eliza’s boyfriend, on the short-lived rom-com Selfie. The character is the modern representation of Freddy Eynsford-Hill, the romantic foil in Pygmalion, on which Selfie was loosely based.

His time on Grey’s Anatomy

Shortly after Selfie ended, Gianniotti landed the role of DeLuca on Grey’s Anatomy. DeLuca is, at first, an intern, appearing in the final two episodes of Season 11. He was upgraded to a series regular in Season 12.

DeLuca has had a couple of love interests prior to Meredith. He slept with Maggie Pierce, Meredith’s half-sister, for a time, but the two called it quits a while back. DeLuca also rekindled his med school romance with Sam Bello, who leaves in order to avoid deportation just as they were starting to make the audience feel something as a couple.

DeLuca has proven to be a good guy again and again, especially when he dropped the (rightful) assault charges against Alex Karev so that the doctor wouldn’t go to jail. This has a lot of fans rooting for DeLuca and Meredith.

Who is DeLuca in real life?

You’ll never guess where we are… Asked this beautiful woman to marry me a year ago and every moment since has been nothing short of magic. To all of you out there searching for love, it is out there. #toronto #forchristmas #cntower #rideordie

The actor himself isn’t exactly like his popular character. For one thing, he’s engaged. Gianniotti proposed to his girlfriend, makeup artist Nichole G., in Nov. 2017. Though there are no obvious plans for their wedding in the works, the couple appears to be very happy together.

Additionally, Gianniotti’s Instagram account reveals that he is a charitable man. He is a big advocate for ending homelessness and supports homeless youth in Los Angeles through the charity My Friend’s Place.

In addition to continuing to act on Grey’s Anatomy, the actor has more in the works. Gianniotti stars in Acquainted, an independent romantic drama that thus far has only been seen at festivals. The film appears to be a passion project for the actor, so hopefully it will be picked up by a distributor soon, and we can see him on the big screen. But for now, let’s enjoy his potential romance with Mere on Grey’s Anatomy.