Ariana Grande is preparing to release her fourth studio album, Sweetener, on August 17th. Days later, she will be performing at the 2018 MTV Video Music Awards.

Clearly, Grande is wealthy enough that she and Pete Davidson were able to afford a $16 million apartment in New York City earlier this year. To get a sense of how she got to this point, let’s take a look back at her album sales thus far.

Grande’s second album, My Everything, came out the following year. It once again became a number one album on Billboard’s charts and outsold Yours Truly within the first week with 169,000 copies. The album has sold 735,000 copies as of this year, making it her most successful one ever.

In 2016, Grande released her third studio album, Dangerous Woman. This was the singer’s first album that didn’t debut at number one; it instead hit number two, coming in behind Drake’s Views From the 6. It still ended up selling 175,000 copies within the first week, although only 129,000 of those were actual album sales; the rest were album-equivalent units, which takes streaming into account. In the end, this was Grande’s least successful of the three albums, having sold 396,000 copies as of 2018. 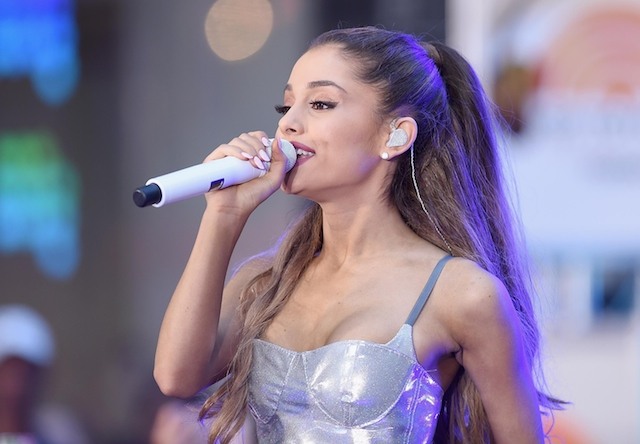 That doesn’t mean the Dangerous Woman tour wasn’t a huge success, though. According to Billboard, that seven-month tour ended up grossing a total of $71 million, with over 875,000 tickets sold. This was a huge jump from her previous tour, 2015’s Honeymoon Tour, which grossed about $40 million. Her 2017 tour also saw a boost in ticket sales of about 70,000 compared to the 2015 one.

Grande also reached a milestone with Dangerous Woman. When the title track of that album debuted at number 10, Grande became the first person in history to debut within the top 10 for the lead singles from their first three albums, according to Billboard.

A second single from the new album, “God Is a Woman,” came out last month, and this one debuted at number 11. It’s this song that she will perform at the MTV Video Music Awards on August 20th, a few days after the release of Sweetener. It remains to be seen whether Sweetener can increase in sales from Dangerous Woman or come close to matching the success of My Everything.