‘Bachelor in Paradise’: Everything to Know About Jordan Kimball and Jenna Cooper’s Breakup 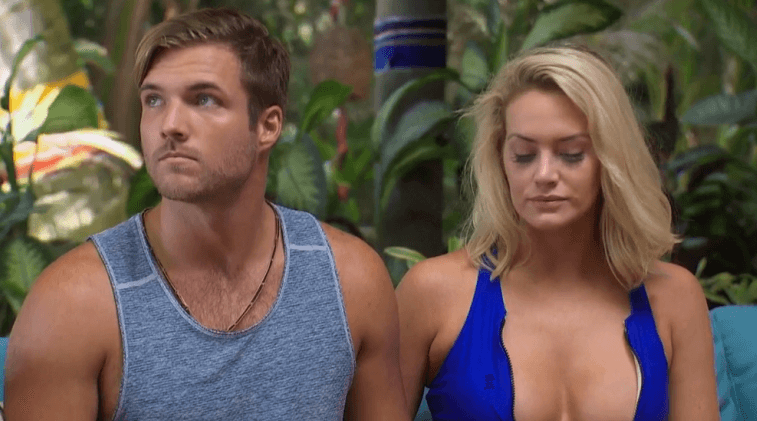 Jordan Kimball and Jenna Cooper in Bachelor in Paradise | ABC

Season 5 of Bachelor in Paradise ended with two couples leaving paradise engaged. That included Jordan Kimball and Jenna Cooper who has had an interesting journey on the show. If you watched the reunion you might think they are still together, but the day after the reunion aired it has been announced they broke up. So what happened? Here are six things you need to know.

Reality Steve reported that Cooper wasn’t being faithful to Kimball and posted screenshots of texts as evidence. In the texts, Cooper is reportedly telling an unidentified man to not be mad at her for the episodes of the show because it’s all for her business. In one of the texts, there is a line that reads, “Me and Jordan aren’t together for real. I don’t even like him let alone love him.”

After the report, Cooper responded by denying it. “I am aware of the allegations being made against me and they are simply untrue,” she told People. “I am choosing to focus on my relationship right now. Thank you for respecting my privacy at this time.”

3. Jordan Kimball said he knows ‘in my heart’ the texts are from Cooper

Kimball also responded to the report with People. He said Cooper was nervous when someone posted on Twitter that someone from the show was going to get roasted and he tried to calm her. When he saw the screenshots he didn’t totally deny that it could be from his fiancée.

“I know my Jenna, and I read those texts and in my heart, I know it’s her,” he said according to People. “She was saying she didn’t do it, but hinting towards the fact that there’s a possibility that it happened. In all reality, I don’t expect her to own it.”

4. Kimball said they didn’t have a TV romance

Although the texts call their relationship fake, Kimball said it was very real. “This was not a TV romance,” he told People. “This was real. And whether you like me or not, I deserve love. I found it, and this is what happened.”

5. He has announced that their relationship is over

To think, to feel, to fall. These emotions interact with experiences and people, when you find a person you think about them, you feel when they feel and sometimes you fall. When you’re in love with even the experiences you’ve had with them it’s something to respect. Being careless with someone that you give your heart to and reach milestones with isn’t sensible no matter what the terms may be. I have not had an easy life and having struggles allows me to grab onto tough times and discard them from my path. I deal with unreasonable circumstances reasonably and have come to terms with a decision to remove myself from the relationship, it breaks my heart to think, feel and fall for this. It’s dropped me. Fumbling emotions and being understanding is not easy. I’ll be taking time to pursue my inner peace and she will always have me to talk to, if you’ve reached out to me, allow me time. Thank you to those that have.

A day after Kimball and Cooper reacted to the report, he announced on Instagram that they were done. He wrote, “I deal with unreasonable circumstances reasonably and have come to terms with a decision to remove myself from the relationship, it breaks my heart to think, feel and fall for this.”

6. He also said he can’t wait to see if the cheating scandal is fake

Kimball said there could be a chance that Cooper didn’t cheat at all but he can’t wait to find out. “I just can’t wait and hold on to see if this is fake,” he told Entertainment Weekly. “I allowed myself to be played, but I will not allow myself to be fooled by this. If this turns out to be fake, then hey, it’s a good thing that I didn’t lash out at her.”