Before ‘Dancing with the Stars’: Everything Evanna Lynch Has Done Since ‘Harry Potter’ 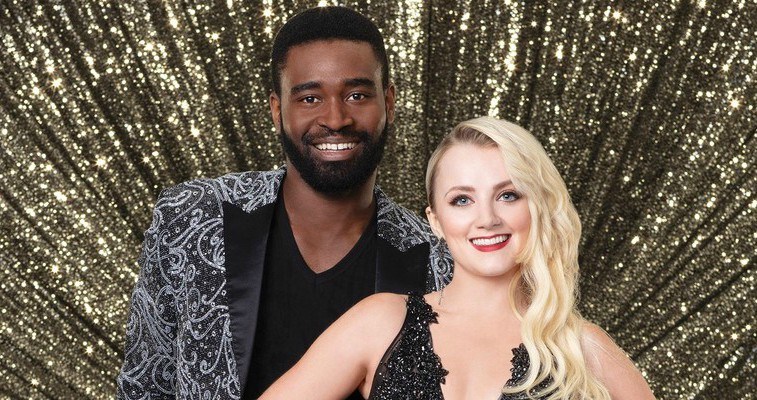 Evanna Lynch played Luna Lovegood from Harry Potter and the Order of the Phoenix to the last franchise movie. Now she is taking her talents to the dance floor in Season 27 of Dancing with the Stars with her partner, Keo Motsepe. It might make you wonder what has the Irish actress been doing since the first series of movies ended. Well, here are six things you should know.

1. She has continued acting

The actress has taken on a few roles since the end of the first series. She was in three movies called G.B.F., Addiction: A 60’s Love Story, and My Name Is Emily. The last movie she starred in as Emily. It looks like she hasn’t taken another acting role after 2015.

2. She has been vocal about Animal Rights

Hi peeps! Happy Official Animal Rights March Day! Have a peaceful and inspiring march! I’ll be speaking later on this afternoon with @earthlinged and some other activists so hope to see some of you there. Ps. Don’t look at the back of our sign it’s a fucking mess as we spent so much time on the front

The actress seems to be very focused on activism that relates to animals. She often posts on her social media about supporting groups working on banning fur trade in Britain, supporting people having a meat-free diet, and more.

3. She has a veganism podcast called The ChickPeeps

Her activism isn’t limited to her social media. She also has a podcast that is focused on vegan life. Her co-hosts are Momoko Hill, fellow Harry Potter actor, Robbie Jarvis, and Tylor Starr. The show has finished its first season so it can easily be binged by new listeners.

4. She has kept in touch with Harry Potter co-stars

Can we just do all cons together pls @_katieleung_ ?

The magical franchise had a big cast so it’s interesting to see which actors have kept in touch. Lynch recently posted a picture with Katie Leung who played Cho Chang.

Happy 29th Birthday to this little babe!! @awildrobbieattacks sweetest boy! Off to see a show together :) #happybirthdayrobbie

Luna Lovegood and young James Potter dated! Back in 2015, Robbie Jarvis who played Harry Potter’s father in flashback scenes in Order of the Phoenix dated Lynch. Sadly, Lynch later confirmed that they did split up in 2015. The good news is that she added “but we’re still friends” according to Us Weekly. They are now co-hosting on The ChickPeeps.

6. She revealed how J.K. Rowling helped her while she battled anorexia

The actress revealed that J.K. Rowling’s writing helped her through a tough time in her personal life. She decided to write to the author and let her know.

“I wrote to her when I was going through the eating disorder. I told her that it was the only thing that took my mind off,” Lynch told London Real. She later added how Rowling responded, “She wrote a handwritten letter. We started a correspondence and we actually became pen pals, that’s when I was about 11.”

Read more: ‘Dancing with the Stars’: Why Milo Manheim Is One to Watch in Season 27