The NBC comedy Cheers had a gang of regulars who sat in the bar every week. John Ratzenbeger played Cliff Clavin in all but three of Cheers‘ 273 total episodes. He would’ve continued playing Cliff had the show not ended with its 11th season. Ratzenberger was against Cheers ending.

The Los Angeles Times spoke with the cast of Cheers in 1993 ahead of the series finale. Ratzenberger was the one who shared his disapproval.

Creators Glen and Les Charles and James Burrows started considering the end of Cheers when Ted Danson announced season 11 would be his last. They briefly considered a 12th season without Sam Malone but decided the show would end with Danson. Ratzenberger disagreed with ending Cheers in classic Cliff Clavin fashion.

“When I first heard about (“Cheers” ending), my initial thought quite frankly was that it was asinine,” Ratzenberger told the L.A. Times. “I told (the producers) that.”

The ensemble cast doesn’t really get a say when the creators decide to stop making the show. After having some time to get used to the idea, Ratzenberger did reconcile himself with Cheers ending. 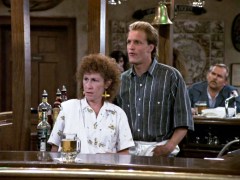 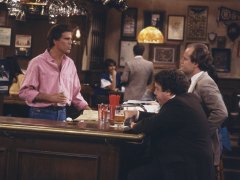 ‘Cheers’ Reboot: Creators Disagreed on Whether They Should 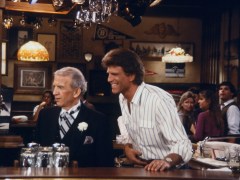 “But after the Christmas break, I had time to really think about it,” Ratzenberger said. “I realized it was the best decision. It seemed like the wind had gone out of the producers’ sails. Just based on that, it seemed like a good idea because if they weren’t enthused about continuing, then it is a good thing we didn’t. It may not have been a 100% effort on their part.”

It was still hard to move on

The Cheers series finale ended with the gang sitting around the bar one last time talking about their lives. As the characters left one by one, Sam was the last one left. A random customer comes to the door but Sam has to tell him that he’s closing up. Just another night at Cheers. The creators revealed that they filmed that final scene with the cast after completing a penultimate episode.

“The last night of the actual filming was sad,” Ratzenberger said. “The party the following night was fun. I had to leave early because I had a job the next day. Everybody was looking at me as if I was nuts, but I said, ‘I have to get up at 7 a.m.’ But I am here at Warner Brothers starting my other show (Locals, a Fox sitcom), so the busier I keep, the less I think about it. It was an extraordinary event, those 11 years of my life.”

Locals would not make it to series, but Ratzenberger kept working after Cheers. He’s been a voice in the Pixar movies, guest starred on many shows including competing on Dancing with the Stars, and hosted Made in America.