‘Dancing with the Stars’: How Much Money Does the Winner Get?

The dancing competition show has had all kind of winners over the years. In the end, they get a trophy, new dancing skills, but also money. It’s no secret that Dancing with the Stars pays the stars so they have the incentive to stay on the show, but how much do they get if they make it all the way?

Contestants get $100,000 for making it to the final two episodes

The rates for the show increase the farther you make it. So celebrities who want to earn more money will have to try their hardest on the dance floor. For just the final two episodes, contestants get $50,000 each episode according to Gawker. That’s after getting a large payment just to sign on and appearing in the earlier episodes. 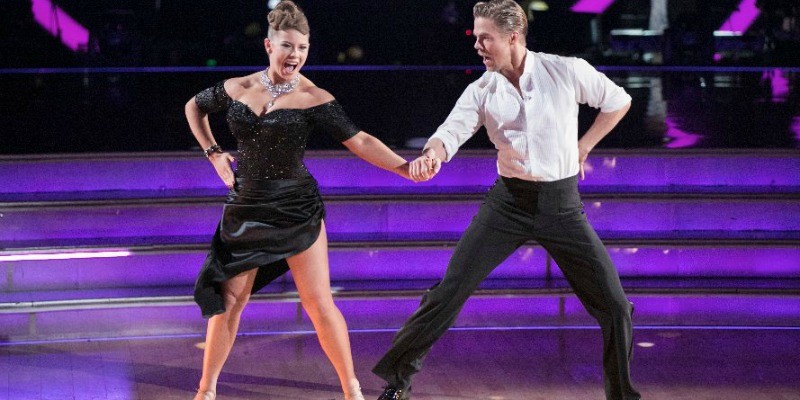 Bindi Irwin in Dancing with the Stars | ABC

You would think that the winner gets a little more than the other finalists. But according to Gawker, all of the finalists make the same amount. So the winner just gets bragging rights, a Mirrorball Trophy, and hopefully more name recognition in the end.

This all oddly came out because a judge rejected Bindi Irwin’s contract after proof that her father died wasn’t given, according to TMZ. The list of the payments for her season shows that the price to do the show hasn’t really changed from Gawker’s report from 2010 to 2015 when this incident occurred.

The Mirrorball on top of the trophy is also worth $10

The winners also probably couldn’t sell their Mirrorball Trophy for much if they tried either. The trophy has changed multiple times over the years. In the first season, it was made of brass. For the all-stars Season 20, it was covered in Swarovski crystals. Production designer, James Yarnell revealed that no matter what the Mirrorball is the same.

“There’s no such thing as a high-end mirrorball,” Yarnell said. “So no matter how much we put into the trophy, how much we spend, it always has a $10 Mirrorball on top.”

At the end of Dancing with the Stars, the winner doesn’t get paid more than the other finalists on the show and the Mirrorball isn’t worth much. But given the total, the celebrity finalists get at the finale of the show they certainly aren’t hurting for money. They also have the opportunity to gain new fans.