‘Dancing with the Stars’: The Worst Contestant From Every Season

Many celebrities have failed miserably on Dancing with the Stars. Sometimes they couldn’t win over the fans; other times they were horrible dancers. The worst ones were either the first to go home or had the longest streak of receiving the lowest scores.

Here are the worst contestants from each DWTS season, including a tech guru (page 8), an awkward astronaut (page 10), and a self-conscious sex symbol (page 15).

The show kicked off its first season with a much smaller cast. There were only six celebrities competing to win it all and much-lower expectations than today. If you ask us, it definitely wasn’t the most impressive season. The winner, Kelly Monaco, actually had the lowest score on the first night and received the lowest score of the week a couple times again.

But it was Trista Sutter who came out on the bottom for that season. The Bachelorette star was partnered with Louis Van Amstel but still couldn’t quite find her footing on the dance floor. She was the first to get eliminated after her Rumba performance.

This is somewhat surprising given her performance wasn’t terrible, but it was pretty boring. Her scores the week before also beat Monaco’s scores but it wasn’t enough to keep her.

Next: A celebrity dad stepped up after his son’s injury

The rapper had to replace his son on the cast after Lil’ Romeo was injured. It was definitely the kind thing to do given he wasn’t much of a dancer at all. He made it four weeks with the help of his partner Ashly DelGrosso-Costa and voters. But he consistently had the lowest scores and is remembered for being one of the worst celebrities to dance on the show.

Next: A TV host known for bringing the drama

Jerry Springer and Kym Johnson on Dancing With the Stars | ABC

The television host competed on the show and tried to put up a fight but he was consistently on the bottom rung of dancers. His lowest score with Kym Johnson was in Week 6 when they performed the paso doble and disco. So he wasn’t exactly getting any better and looked pretty awkward doing his routines.

Next: You’d think NBA players would have the footwork down.

The NBA player was partnered with Elena Grinenko and made it pretty far in the competition despite his low scores. He was eliminated in the fifth week after doing the rumba with one of the season’s lowest scores of 13. Somehow he was just getting worse every week.

Next: Going home first is embarrassing for even the most beautiful actresses.

Josie Maran on Dancing with the Stars | ABC

The actress was partnered with Alec Mazo but was the first to go home. She was able to show what she’s got with the foxtrot. The judges noticed she lacked control and had terrible footwork so it just wasn’t enough for her to stick around.

Next: A famous tennis player with poor footwork 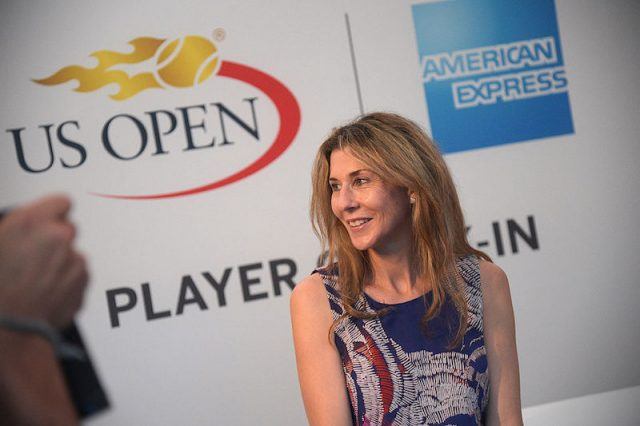 The professional tennis player tried to win the mirror ball trophy with Jonathan Roberts. That plan was spoiled by the fact that she got a score of 15 two weeks in a row before being sent home. Sadly, she just wasn’t able to find her groove.

Next: This B-list comedian lacked popularity.

Jeffrey Ross on Dancing with the Stars | ABC

The comedian had a very short stint on the show given he only gave one performance. He danced the cha-cha-cha with Edyta Śliwińska only to get the very low score of 12. He might not have made it far but he did return to the show just to roast the cast.

Next: A tech guru who should’ve stayed behind the computer

The Apple co-founder joined the show and managed to stay on for five weeks. But over that time his scores dancing with Karina Smirnoff were consistently at the bottom. His lowest performance was the samba that got a score of 10. The judges called him a “trooper” for dancing and often pointed out that it was fun to watch him despite not being the best.

Next: A popular ’90s singer delivered an outdated performance.

Macy Gray and Jonathan Roberts on Dancing with the Stars | ABC

The singer was one of two celebrities that was eliminated on the first week. As expected she was kind of bizarre although very interesting to watch. Sadly, she just wasn’t given a second chance because her technique was so horrendous.

Next: A painfully awkward astronaut

Buzz Aldrin on Dancing with the Stars | ABC

The astronaut is very much beloved so it was great to see him have fun on the dance floor. However, his technique wasn’t actually good and he got the lowest score every week he was on the show. Eventually, he was sent home in Week 3.

Next: A Baywatch star who should stick to the beach

The Baywatch star was an exciting addition to the show but made a quick exit. That’s because he was one of three celebrities who got the low score of 15 in the first week. But his performance was the weakest given he was pretty stiff on the dance floor.

Next: Some people are meant to stay behind the mic.

The radio host was partnered with Lacey Schwimmer and they were limited after getting the lowest scores two weeks in a row. He was pretty sloppy on the dance floor trying to keep up with his partner. His lack of control was what sent him home.

Next: We don’t understand his name, let alone his dancing skills.

The basketball player had to do a cha-cha-cha routine with Peta Murgatroyd in the first week and it could have been sexy but the pair had zero chemistry. It looked like Metta World Peace had a hard time getting through the routine so he got a score of 14 before his elimination.

Next: Proof that tennis players should stick to the court.

Monica Seles isn’t the only professional tennis player to make the list! Martina Navratilova teamed up with Tony Dovolani only to be the first eliminated. Her first two scores were the lowest for the cast but they actually stack up pretty nicely compared to others on this list. Her first score was a 20 and her second was a 17.

Next: A self-conscious sex symbol

The actress paired up with Tristan MacManus to try and win the mirror ball trophy. She was eliminated first after performing the cha-cha-cha and getting a score of 17. The routine went with her sexy image and she wasn’t terrible. But the competition was pretty tough and wasn’t enough to keep her.

Next: Even vast improvements couldn’t help this actor.

D.L. Hughley | Aaron Davidson/Getty Images for Jazz in the Gardens

The funny actor managed to make it to the fifth week with Cheryl Burke but he was always at risk of going home. The good thing is that he was given time to improve and he did. But he still was sent home on a rough note with a score of 18 for the tango.

Next: This famous scientist became an injured robot.

Nostalgia made many fans excited to watch what Bill Nye could do on the dance floor. But it turns out the Science Guy couldn’t do much more than the robot. He had the lowest scores out of the cast four weeks in a row. He was then finally sent home.

Next: This Star Wars actor should’ve stayed in space.

The actor danced the tango and cha-cha-cha when he was on the show. One of which had him surrounded by Star Wars characters to pay homage to his iconic character. But he still couldn’t manage to get anything above a score of 15. The reason why is most likely due to his chronic back problems which led to him withdrawing from the competition.

Next: Dancing and NASCAR driving don’t work together.

This season was actually a very tough one so the Nascar racer and Emma Slater did a great job but still comes out on the bottom when looking at how he compared to other celebrities. He was eliminated in Week 8 after he performed the foxtrot.

Next: The cha-cha killed off this eccentric rapper.

This was another season where all of the celebrities hit the ground running but the rapper still fell to the bottom. He showed off his moves through the cha-cha-cha and jive. He was fun to watch but his footwork needed improving. Sadly, it didn’t get much better and he was the first to be eliminated.

Next: The foxtrot eliminates the most DWTS contestants.

The singer has made music that makes people move so it was pretty heartbreaking to see how she performed on the show. She went through two weeks and was eliminated for her foxtrot. Her downfall was in her footing but she was still amazing to watch.

Next: A controversial Fox News host who went home early

The Fox News correspondent danced with Edyta Śliwińska and it didn’t go over well. He performed the cha-cha-cha and the salsa. He couldn’t manage to get anything other than a 13 which was the lowest out of the whole cast so it wasn’t a surprise that he was sent home.

Next: A Republican who performs better in politics

The Republican politician was partnered with Emma Slater. The competition was pretty strong but Rick Perry still had the lowest scores throughout his entire time on the show. He was pretty heavy on his feet but the fans were rooting for him.

Next: A beloved comedian faced a dangerous injury.

Chris Kattan on Dancing with the Stars | ABC

The comedian was the first to go home after two performances. He was working with a disadvantage given he had an injured neck. He definitely gets props for trying anyways but he was never able to get a score above the other competitors.

Read more: Dancing with the Stars: The Worst Contestants Ever