‘Deal or No Deal’: Who is Howie Mandel’s Wife? What You Didn’t Know About Terry Soil

Howie Mandel is one of the most recognizable faces on television. Most notably the host of the popular show Deal or No Deal and America’s Got Talent, Canadian-born Mandel makes millions of dollars in the entertainment industry. But it was Deal or No Deal, which originally aired from 2005 to 2009, that really made him a superstar.

The show was revived in December 2018. “I’ve been involved in every kind of production — live, variety, drama, film and animation. Nothing changed my life, career and perception of humanity more than one project, and that was Deal or No Deal,” Mandel said about the show coming back. “I am excited to re-embark on the most thrilling, life-changing show with the brilliant Scott St. John and our new partners at CNBC.”

Who is Howie Mandel married to? 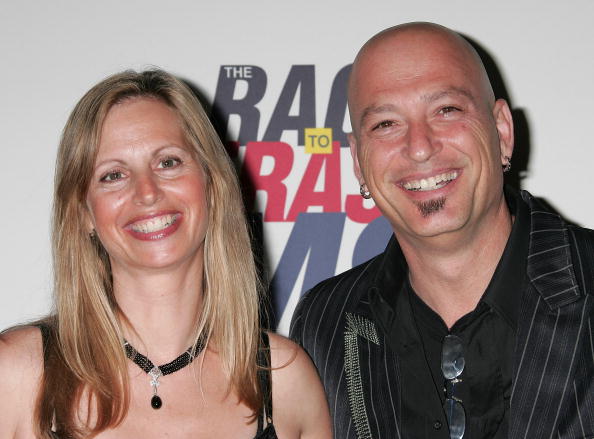 You’d think someone with such a busy career wouldn’t have time for close personal relationships, but you’d be wrong. Mandel has been married to his wife, Terry Mandel (nee Soil), for an incredible 39 years (the pair wed in 1980). The couple has three children together — two daughters, Jackie and Riley, and a son named Alex. They are also grandparents.

The pair met when they were just 12 years old at the local YMCA in their town. Their first date wasn’t until high school, however. Apparently, Howie drove Terry to the movies in his mother’s Cutlass Supreme. He almost got into an accident when the car hit a patch of ice, but at the time Terry thought he was just kidding around as usual.

They say that behind every man is a great woman. Howie Mandel almost turned down the opportunity to host Deal or No Deal, thinking it would hurt his career. It was his wife who convinced him to take the chance. As Howie said during an interview, “In 2005, when I got asked to do a game show, there was no comics hosting game shows. And I said no to it three times. My wife told me to take the deal, and I took the deal.”

Surprise(Especially to me!) I am on Dr Oz on Thursday!! He called me up while interviewing Howie!! I was dying!!!

Howie and Terry still live in the home where their children grew up, though Howie would rather have something with less maintenance now that the kids have moved out. As he told The Wall Street Journal, “Our daughters, Jackie and Riley, and our son, Alex, have all moved out. I’m tired of getting calls that the sprinkler doesn’t work or something needs to be fixed. If I had my druthers, I’d live in a hotel. Terry doesn’t want to hear about it. The compromise we struck is buying an apartment in Los Angeles.”

Being married for so long takes work – and compromise. Clearly, this pair has it figured out.

It’s impossible to describe Terry Mandel and not mention her passionate love for animals. On the Conan O’Brien show, Mandel called her a “crazy animal lover” and said she frequently picks up strays she finds wandering the streets.

He once told a story about how she rescued a stray cat who bit her, which required her to get rabies shots. This was especially challenging for Mandel, who spoken candidly about having OCD. He lamented the problem of “sleep[ing] with a woman who might have rabies.”

But despite all the challenges and crazy schedules, this duo proved many times over that their love is the most important thing of all. They’re an inspiration to all married couples in Hollywood and beyond.