Josh Duggar is currently serving a lengthy sentence in federal prison for possessing and receiving child pornography. The conviction came after a 2-year investigation into illicit images downloaded onto a computer found at Josh Duggar’s car lot. Despite the guilty verdict, Josh Duggar’s defense team is still seeking a new trial. In a newly filed appeal, the defense claims they were barred from providing evidence that an alternate perpetrator was responsible for the downloads. Their proposed alternate perpetrator, Caleb Williams, is speaking out on Twitter.

Josh Duggar’s defense team attempted to cast doubt about Josh’s guilt during the trial by claiming someone could have accessed the computer from a remote location. It appears that might have been their backup defense.

The appeal argues the judge refused to allow evidence placing Williams at the crime scene. In a pre-trial hearing, Judge Brooks noted that Williams’ whereabouts on the days that Duggar downloaded the illicit material had been accounted for and that there was no concrete evidence to suggest he was the perpetrator. The jury never heard about Williams.

Williams has been outspoken since the start of Josh Duggar’s trial. As soon as his name was brought into the mix, he took to Twitter to plead his innocence. He has done the same in the days since the contents of Josh Duggar’s appeal became public.

On Twitter, Williams went on a lengthy tirade, claiming that Josh Duggar’s defense team targeted him for multiple reasons, but noted that they specifically went after him because he was not part of the “Duggar brand.” Williams went on to state that if they were going to accuse him of downloading illicit content, theoretically, they should blame several other people who had regular access to the lot and computer, including Jim Bob Duggar and several of Josh Duggar’s siblings.

In his targeted rant, Williams also alleged everything stated in the appeal was false, including how often he used Josh Duggar’s computer. He went on to claim that the defense’s statements about how often he worked for the Duggar family and where he was when Duggar created a partition on his computer were also untrue.

Who exactly is Caleb Williams to the Duggar family?

While Williams’ name has come up multiple times since Josh Duggar’s arrested on two child pornography charges, few people outside of dedicated Duggar family critics know who he is. Williams was a member of the Duggar family’s small ultra-conservative Christian social circle. At one time, Caleb Williams was rumored to be courting Jana Duggar. Rumors swirled when Williams appeared in a plethora of Duggar family pictures. 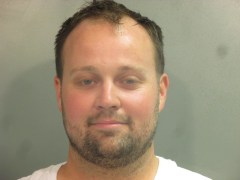 Williams has since denied any courtship rumors. He, however, has confirmed he was a family friend for many years and briefly lived in Springdale, Arkansas. Williams is a convicted sex offender. In 2018, Williams was arrested for sexually abusing an underage girl. In now-deleted Tweets shared via Reddit, Williams alleged he was betrothed to the underage girl when he was charged with sexual abuse. He was 23 years old at the time. Williams served a short prison sentence and 18 months of probation. He must register as a sex offender.