Dwayne Johnson’s Wife, Lauren Hashian: Who Are The Rock’s Wife and Children? 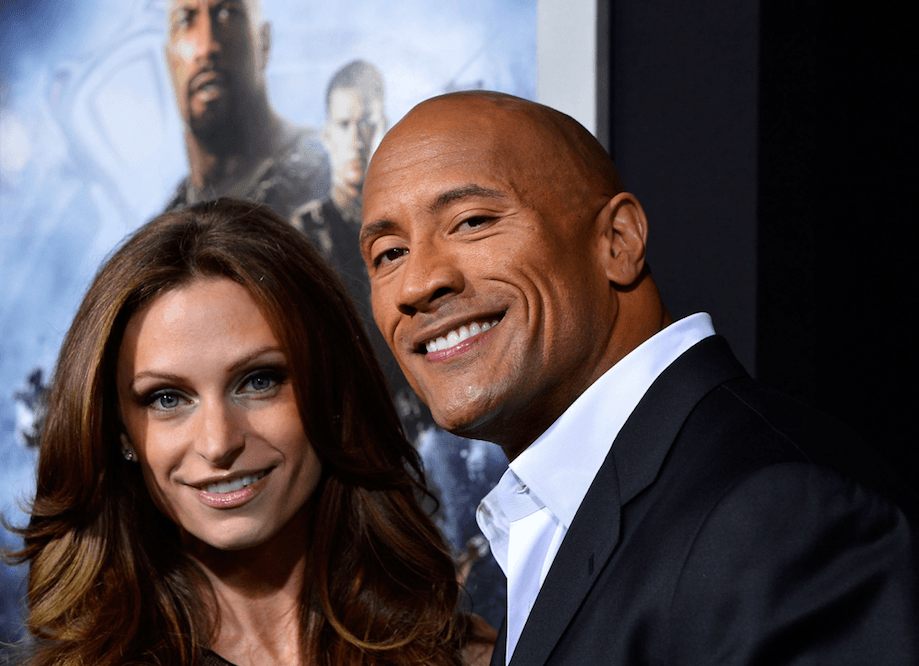 Dwayne Johnson is best known as semi-retired WWE and WWF legend, The Rock. He is also a prolific actor, who most recently voiced Maui on Disney’s Moana. With a 6’5″ body decorated with intricate tattoos and rock-hard muscles, Johnson is the epitome of ‘manliness.’ Johnson may even be president one day.

But did you also know the tall, well-built wrestler is a big proponent of family? Not only is he an amazing father to his three daughters, but he is highly supportive of his long-time girlfriend, Lauren Hashian.

Who is Lauren Hashian?

Hashian was born on September 8, 1984, in Lynnfield, Massachusetts. Besides being the longtime, live-in girlfriend of The Rock, Hashian is also the daughter of rock-n-roll. Her father is John “Sib” Hashian, who has been the drummer for rock band Boston since 1975.

Not much is known about Hashian’s personal life because she and Johnson are very private people. Hashian is a singer-songwriter like her father, having co-written the song Only You for YaBoi Shad.  She has kept mostly out of the spotlight and has only ever walked a few red carpets with her boyfriend.

How long have Johnson and Hashian been together?

Lauren Hashian met the future father of her children while he was filming The Game Plan in 2007. The two began dating later that year, meaning they have now been together for 11 years. According to Johnson, the two have been living together for “about eight years.”

Johnson has a daughter from his first marriage

Dwayne Johnson was previously married to Danny Garcia from 1998 to 2007. The couple has a 16-year-old daughter together, Simone Alexandra Johnson. Johnson is a big proponent of including his eldest daughter in everything they do, and Hashian is supportive in her step-mother role.

Johnson and Hashian have two daughters together

Lauren Hashian has two children with The Rock. Their first daughter, Jasmine Lia Johnson, was born in December 2016. In April 2018, they welcomed their second daughter, Tiana Gia Johnson.

Hashian gets a lot of respect and support from Johnson

Hashian is one lucky woman because she gets all the respect and support a woman could ever want from her boyfriend, Dwayne Johnson. In an interview with People Magazine shortly after the birth of his second daughter, Johnson had this to say about his partner and birth experience:

“I was right there during labor, helping her breathe, every highly intense contraction, every second of pain, right there watching the birth, cutting the cord, and wiping the tears. Incredible. As a man, it’s a miracle we should witness because it’ll give you a whole new respect for the strength and beauty of women.”

Daddy’s arms. I ain’t gonna be able to hold ‘em like this forever, so you better believe I snatch these cookies and love ‘em up every moment I can. Plus, I know there’s gonna come a day where in daddy’s arms is the last place they want to be. Baby Tiana Gia is already there with the “help me” look on her face ‍♂️ Can’t guarantee I’ll love and protect all my daughters for the rest of their lives, but I can guarantee I will for the rest of mine. #xmas #daddysarms #helpme

This Christmas, Johnson posted a photo of himself with his youngest daughters. Jasmine and Tiana, in matching red outfits, are held up in their dad’s embrace. Johnson got sentimental in his caption, as he wrote: “I ain’t gonna be able to hold them like this forever…” The wrestler turned actor went on to discuss how he “snatches them up” every chance he gets because he doesn’t want to miss the time he still can.

Johnson gets face painting before work

Me: Baby come here and give daddy a kiss, he’s gotta go to work. Jazzy: But daddy I have to paint your toes. Me: Nope, daddy’s got his shoes on and gotta go to work, now come give me a kiss. Jazzy: Ok, then let me paint your face, daddy. Me: *confidently laughs* Absolutely not, now I gotta go to work, now get over here and kiss me. Jazzy: *while looking up at me with her mama @laurenhashianofficial’s intoxicating blue eyes… BUT DADDY, I need to paint your face for work. Me: Ok, but make sure you choose manly colors that are flattering to my complexion. As much as I tell her no, with my crazy busy life, this is the stuff I actually love ❤️ #ohana

Another adorable Instagram photo shows Johnson getting his face painted by his daughter, Jasmine. The little girl is carefully painting her father’s face while still in her pajamas.

The caption tells a story of his middle child wanting to paint Johnson’s toes before he goes to work. When he tells her that his shoes are already on, Jasmine decides her dad’s face will have to do. He allows it, but asks her to choose “manly colors” that are “flattering to his complexion.”