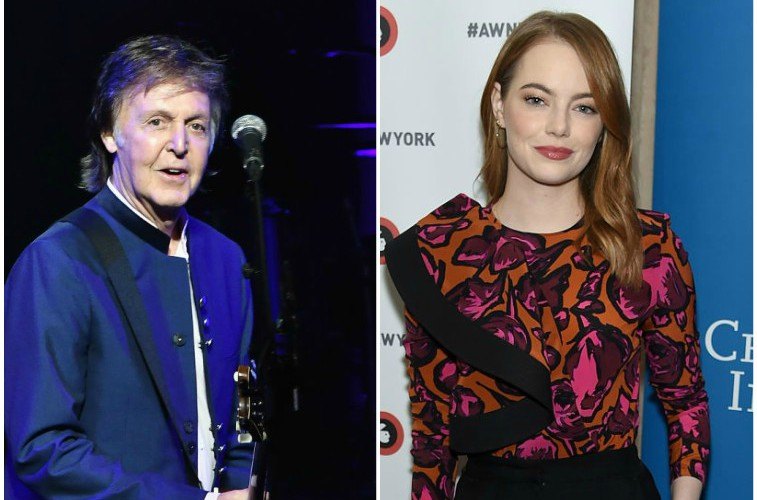 Emma Stone sat down and opened up about her experience with anxiety with Dr. Harold S. Koplewicz, president of national nonprofit the Child Mind Institute, on Oct.1. The discussion was called Great Minds Think Unalike for Advertising Week New York and the actress not only revealed more about how she treats her anxiety but also the exciting projects she has lined up.

Dr. Koplewicsz noted that the Academy Award winner has a very tight schedule and said, “you’re doing a music video.” He said he tried to have lunch with the actress after the event, but she had to go to a dance rehearsal. Stone might have danced a little in La La Land, but she doesn’t regularly dance so what is the rehearsal for?

Well, the secret slipped later in the discussion when Koplewicsz asked, “what’s next, besides a music video with Paul McCartney, which I think is totally cool?” Emma Stone softly responded with “I don’t think you’re supposed to announce that.”

So what is the music video for? McCartney released two singles back on June 20 called “I Don’t Know” and “Come On to Me,” followed by his new album, Egypt Station, in September. There aren’t any official music videos for the new songs yet, but fans can still watch McCartney’s performance at Grand Central Station to celebrate his new album’s release.

While Emma Stone can’t talk about her music video, she did tease that she’s doing another Zombieland movie. The sequel has already been announced and Woody Harrelson, Jesse Eisenberg, and Abigail Breslin will return for it. According to The Hollywood Reporter, Ruben Fleischer will also come back to direct and production will begin for the sequel in January.

Sadly, music fans will just have to wait and see what kind of choreography Stone has been practicing for the upcoming music video.

Read more: These 32 Paul McCartney Photos Show He’s Always Been Fine in Front of the Camera