Floyd Mayweather’s Net Worth: What He Really Makes (and Spends)

Whether Floyd Mayweather, Jr. plans to stay retired or not, the boxer has had an extraordinary career. Mayweather is one of the most successful, highest-paid, and controversial athletes of all time. Ahead, discover Floyd Mayweather’s net worth and learn about how he really spends his money. And get all the details on the incredible payday that made him one of the highest-paid athletes of all time.

Floyd Mayweather’s net worth is at least $560 million

Let’s start with the basics. Celebrity Net Worth estimates Floyd Mayweather’s net worth at $560 million. Investopedia puts the figure much higher, somewhere between $700 million and $1 billion. The boxing champion is known for his 50 wins and 0 losses, the publication notes. He began boxing as a child, and has never lost a professional bout. And he consistently ranks as the highest-paid athlete in the world. “Despite having very few endorsement deals, Floyd can easily earn $150 to $300 million a year when he is fighting,” Celebrity Net Worth notes. ”

He’s earned as much as $300 million per year

Celebrity Net Worth also reports that Floyd Mayweather has earned as much as $300 million in a single year. “Between June 2014 and June 2015, Floyd earned a mind-boggling $300 million,” the publication reports. “Between June 2017 and June 2018, Floyd earned a total of $300 million, mostly thanks to his fight against Conor McGregor that occurred in August 2017.” Mayweather earned a reported $250 million from his May 2015 fight against Manny Pacquiao. But that’s not even the most lucrative fight that he has under his belt.

GoBankingRates reports that Floyd Mayweather, Jr. is one of just three athletes to make more than $1 billion in his career. The payday that pushed him into that elite club? The reported $275 million that he earned from his fight with Conor McGregor in August 2017. The fight had a total purse estimated at over $400 million, and Mayweather’s share was likely even more than $275 million, the publication reports. The only other members of the $1 billion club are Michael Jordan and Tiger Woods, GoBankingRates notes. Woods and Jordan have each earned about $1.5 billion in the course of their careers. 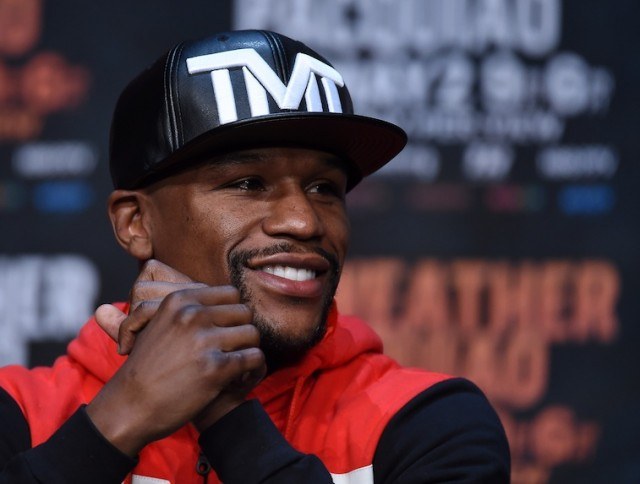 Not many people can expect to make hundreds of millions of dollars in a single night. But Floyd Mayweather isn’t most people. As GoBankingRates points out, Mayweather’s fight against Conor McGregor wasn’t the first time that he earned nine figures for a single fight. He collected an estimated $250 million for his fight with Manny Pacquiao. And the publication notes that Mayweather has also made at least $40 million on four other fights in his career.

He also makes money from endorsements

And while he doesn’t have as many endorsements as some other athletes, he still makes a lot of money from them. Celebrity Net Worth reports that “Outside of the ring, Floyd typically earns $10 million from endorsements per year.” Investopedia explains, however, that sometimes that figure is much higher. For instance, Mayweather earned an estimated $105 million for endorsing various products between June 2013 and June 2014. Fortune reports that according to Mayweather, he doesn’t have many endorsement deals because his baseline for entry is too high for most brands. Back in 2015, he was asking for a minimum of $1 million.

Floyd Mayweather has a lavish lifestyle

As one of the highest-paid athletes in the world, Floyd Mayweather certainly lives in luxury. GoBankingRates reports that on his Instagram account, Mayweather “routinely shares photos of jets, boats, mansions and — most frequently — stacks of cash.” He’s said to own more than 100 cars, including a fleet of all-white luxury cars, a fleet of all-black luxury cars, a $1.7 million Bugatti Veyron, and a $4.8 million Koenigsegg CCXR Trevita. He also owns multiple watches with seven-figure price tags. And he lives in a 22,000-square-foot Las Vegas mansion.

He also spends money on gambling

Investopedia reports that the most expensive aspect of Floyd Mayweather’s lifestyle may be his gambling. “In addition to table games such as blackjack, he is known for making six-figure bets on a wide range of sporting events,” the publication explains. He once bet $1.1 million on an Oregon college football game. And shortly after his fight with Pacquiao, he claimed that he’d won almost $830,000 in a single night of gambling.

Floyd Mayweather has repeatedly found himself in legal trouble

GoBankingRates notes that there have been some “consequences” to Floyd Mayweather’s spending. In July 2017, he owed more than $30 million in unpaid taxes to the IRS (and used his earnings from the McGregor fight to pay). It wasn’t the first time that he ran into money problems; in 2009, he had to pay $5.6 million in back taxes. And that’s not the only kind of legal trouble that Mayweather has encountered. In December 2011, he was sentenced to 90 days in jail for domestic violence and harassment against ex-girlfriend Josie Harris. He has also been arrested multiple times for incidents involving violence and battery.

Read more: The 20 Richest Athletes of All Time