Fresh Off the Boat’: What Is Eddie Huang’s Net Worth?

Eddie Huang is probably best known as the genius behind Fresh Off the Boat. The iconic TV personality’s life, actually a watered-down rendition of it, has been plastered all over the media since 2015. Despite the success of the show that’s not all Huang has going for him.

The hip-hop enthusiast has worn many hats. While he’s best known as a chef, food personality, and restaurateur, he’s also rocked several other occupational titles. Huang is a successful businessman who’s also dabbled in fashion, writing, and even the legal industry. With so many titles under his belt, the beloved and foodie must have a pretty impressive net worth.

Huang lived in a home drowning in inspiration thanks to his mother’s delicious home cooking and his dad’s foray into the restaurant industry. His father opened several “surf and turf” restaurants including  Atlantic Bay Seafood and Grill and Cattleman’s Ranch Steakhouse, exposing the polarizing chef to talented chefs, numerous cooking techniques, and a plethora of culturally driven cuisine. Assisting on-site with his dad’s restaurants also prepped him for opening his own, which he tackled in December 2009.

The attorney turned culinary wonder got started with a Taiwanese bun shop, BaoHaus, in Lower Manhattan. Two years later he relocated to the East Village where he enhanced the menu. The shop is still bringing in foodies to this day. BaoHaus isn’t Huang’s only restaurant endeavor. He also opened another restaurant, Xiao Ye, which wasn’t nearly as successful. The restaurant closed after scathing reviews (0 out of 4 stars), and controversy over questionable beverage sales.

How to Watch Huang’s World without Cable https://t.co/AHKmjuyKK6

Viceland fans are probably familiar with Huang’s culinary show Huang’s World, but that isn’t where he got his TV start. The controversial chef organized the Cooking Channel’s Cheap Bites and appeared on Unique Eats before landing his own show on Viceland. The series started as a segment called Fresh Off the Boat. The network went on to convert it to the popular one-hour long program Huang fans loved.

Huang’s World follows Huang as he explores the history, culture, and food, of iconic locales around the world.

Eddie Huang’s ”Fresh Off the Boat’

For the record I don't watch #FreshOffTheBoat on @ABCNetwork

Fresh Off the Boat has been the name of many of the things Huang has put into the universe. The title was first given to his blog, before it graduated to be the name of his New York Times best-selling memoir. Once ABC bought the rights to the memoir the hilarious sitcom took the title as well.

Considering Huang’s contentious nature, it’s no surprise that the show has stirred up quite a lot of buzz. When ABC first began producing the show Huang though his life would be accurately represented on screen. The pilot did a great job of retaining the vibe of the memoir, but from there the producers began to make changes to Huang’s life. They essentially neutered his story to make it more palatable for mainstream America.

The creative differences and Huang’s on-going disapproval led to him distancing from his own show. For example, Huang narrated the show for season one, but after the finale he went his own way, leaving ABC to do as they pleased with his life story. While he isn’t happy with the outcome, the show is a massively important move in the media industry and has shed light on an underrepresented culture. Huang may not be able to see himself in the show anymore, but plenty of his fellow Asian Americans do.

What is Eddie Huang’s net worth? 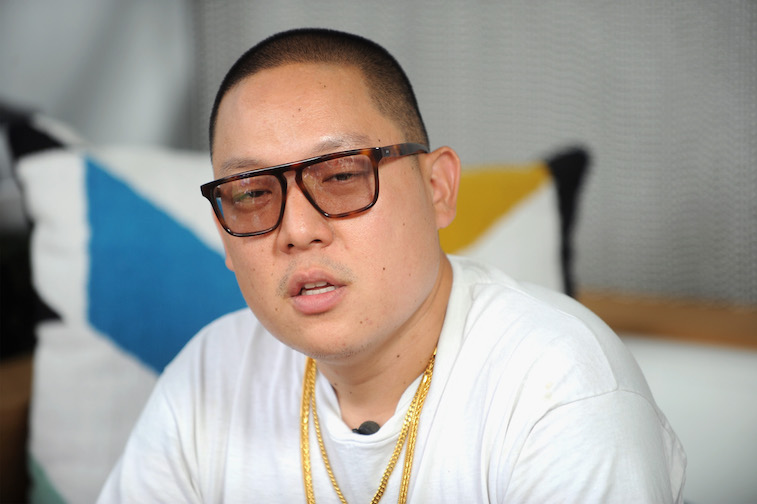 Currently, Huang’s net worth is around $2 million, across numerous income streams. He has several books. Fresh off the boat: A memoir which sells for anywhere between $7.30 and $45.00. Huang’s lesser-known titles, Double Cup Love: On the Trail of Family, Food and Broken Heart by China, and F*ck, That’s Delicious: An Annotated Guide to Eating Well can run for as little as $11.55 and as much as $23.35.

On top of the passive income he receives through sales he also has his restaurant and television appearances padding his wallet. Considering Huang is already super successful at 36 years old and shows no signs of slowing down there’s no doubt that the outspoken star is only going to get more affluent from here.