The Funniest Movies With The Rock and Kevin Hart 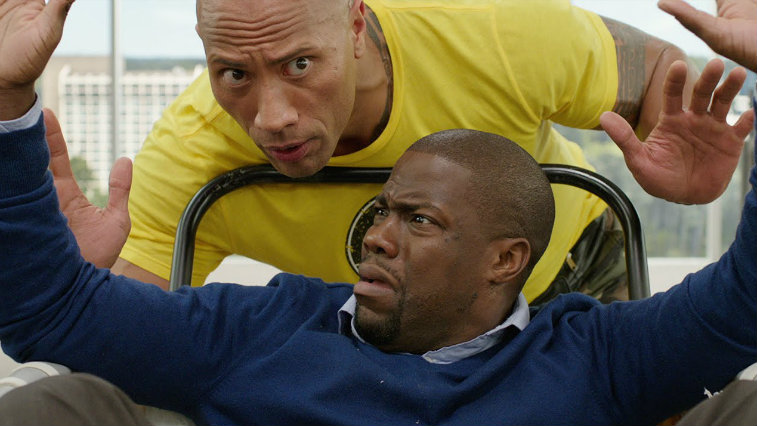 The Rock (AKA Dwayne Johnson) and Kevin Hart have starred in a few movies together, and they are always a great pair. The two have such great on-screen chemistry because they are, in fact, friends in real life. Some insight into their real friendship recently occurred when The Rock crashed Kevin Hart’s Instagram live session. There is also an ongoing joke about the 5’5″ tall Kevin Hart being the 6’5″ tall Dwayne Johnson’s son, because of how tiny he looks in comparison.

Dwayne Johnson is best known as The Rock. This was his stage name during his career as a wrestler in the WWE and WWF. Now that he is mostly retired from wrestling, he has focused more on an acting career. In addition to the movies he has starred in with Kevin Hart, Johnson has played in Moana, Rampage, San Andreas, and the respectable funny, Baywatch.

Johnson is also slotted to appear in several upcoming movies. These include Suicide Squad 2, where he is rumored to be playing the part of Black Adam, and Big Trouble in Little China.

Kevin Hart is an actor best known for his comedic portrayals in action movies. In addition to the movies he has played in with Dwayne Johnson, Hart has appeared in Ride Along, Grudge Match, and Night School. He also voiced the character of Snowball in the popular children’s movie The Secret Life of Pets. Hart also writes, produces, does stand-up comedy, and occasionally lends his voice to movie soundtracks. It’s no wonder why Hart has an impressive net worth.

Hart, like Johnson, will appear in many upcoming movies. These include Ride Along 3, The Great Outdoors, and My Own Worst Enemy. It is rumored he will also appear in Uptown Saturday Night.

Calvin Joyner (played by Kevin Hart) is an accountant who reconnects with an awkward pal from high school named Bob Stone (played by Dwayne Johnson). After talking together on Facebook, the two decide to meet up. Calvin Joyner is then drawn into the world of international espionage and comedy ensues.

Unfortunately, Central Intelligence didn’t do too well with the critics. Johnson’s character took the majority of the comedy load while Hart’s character was more straight. The idea was to switch things up from how they’d normally be done, but it didn’t necessarily make for a better movie. Despite poor reviews from critics, many fans found themselves laughing to see the switch. 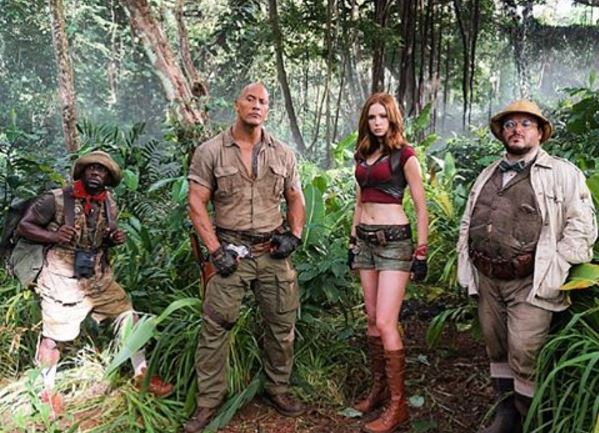 This is a reimagined version of the beloved original Jumanji movie starring Robin Williams. Four teenagers are sucked into a magical video game. Their only means of escaping the dangerous world inside is to learn how to work together so they can finish the game and be released back into their own world.

Johnson and Hart play two of the teenagers, Spencer and Fridge. They star alongside Jack Black (who plays Bethany), and Karen Gillan (who plays Martha). This second Jumanji movie was well-received and highly praised. It was nominated for 14 different awards, of which Jumanji 2 won five. It’s arguably Johnson and Hart’s funniest movie.

Will Johnson and Hart be funny together again soon?

Yes. The two will be starring in a third Jumanji movie. Although the third installment does not yet have a name, it is set to be released in 2019. The third movie is the last one actors have signed a contract for, but there is always a possibility of another movie if this one receives reviews as good as the second.

As for anything beyond another Jumanji movie, nobody is sure. There are rumors that another movie is already in the works starring Johnson and Hart together. Neither Johnson nor Hart have confirmed this, however, so it could be pure speculation.