Here’s the Meaning Behind Every Kardashian and Jenner Baby Name

The Kardashian-Jenner clan is growing, and as more and more kids pop out, the nature of the names are becoming more unique. Both Kylie Jenner and Khloe Kardashian just joined the new mommy club, and their little ones are no exception with the names Stormi and True, respectively.

Read on for a look at why and how the Jenners and Kardashians chose their childrens’ names.

Mason Dash Disick is Kourtney and Scott’s firstborn son. Kourtney told Life & Style Magazine that the name was the only one she liked when looking at potential boy names, and that it just stuck with her throughout her pregnancy.

As for his middle name … “Dash is not for my clothing store, as some people have suggested online. That would be stupid. Dash is short for Kardashian, and it was my father’s nickname,” she also told the publication.

Next: Her middle name was Kris’ idea.

They loved the sound of her name. | Kourtney Kardashian via Instagram

Penelope Scotland Disick is Kourtney and Scott’s second child. According to E! News, the couple picked the name simply because they thought it was cute at the time.

As for her middle name, ‘Scotland’ was actually Kris’ idea, and both Kourtney and Scott really liked it.

Next: Kourtney had been waiting to use this name.

She had this name picked out for some time. | Kourtney Kardashian via Instagram

Reign Aston Disick is Kourtney and Scott’s third child. Apparently, mama Kourtney had had the name in mind for quite a while and had just been waiting for the right time (and right child) to use it.

“I actually had the name on our list with Mason,” she told People Magazine. “Then with Penelope, I had it on the list but spelled Rain. Once I found out I was having a boy, we just changed the spelling again.”

Next: This name was inspired by the press.

North, affectionately called ‘Nori’ by family members, is Kim and Kanye’s first daughter. Kimye actually didn’t come up with the name themselves. According to Mirror, it was a rumor in the press that the couple was going to name their daughter North.

But even though that wasn’t initially the plan, people like Pharrell Williams and Anna Wintour kept coming up to them raving about the name. So it just stuck.

Next: A perfect pairing with daddy Yeezus

“One of the reasons Kim and Kanye went with the name Saint is that it goes perfectly with the middle name they chose, ‘Robert’,” the source told Mirror. “Kim has always considered her dad to be a saint. So Saint Robert is ideal.”

Next: This name technically translates to “wild garlic.”

Chicago has a unique and interesting name. | Kim Kardashian West via Instagram

Chicago West is Kim and Kanye’s third child. “It’s thought their daughter is named after Kanye’s hometown in a sweet tribute to his late mother. The city takes its name from a native American word for ‘wild garlic’, which used to grow prolifically in the Chicago area,” according to Mirror.

Next: The significance of this uplifting name 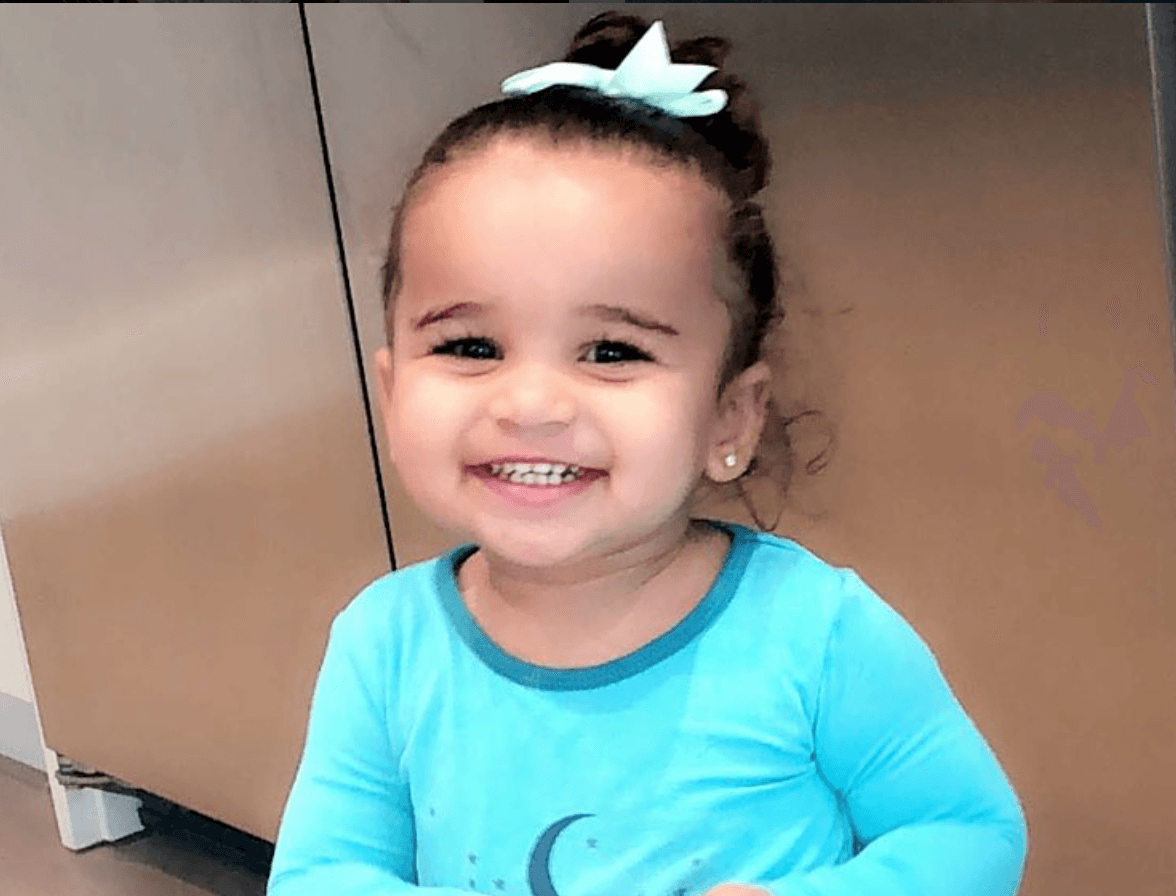 Dream’s smile is as uplifting as her name. | Rob Kardashian via Instagram

Former celebrity couple Rob Kardashian and Blac Chyna haven’t ever truly explained the meaning behind their daughter Dream‘s name. But apparently, they’re not the only ones who like the hopeful sounding name.

According to People, after the Kardashian baby’s birth, almost 100 girls and eight boys were also named Dream in the United States in 2015.

Next: The meaning behind Stormi

An exciting and beautiful name | Kylie Jenner via Instagram

Though Kylie hasn’t exactly come out and said how her and Travis Scott decided on the name Stormi, various publications are certainly making their best guesses.

“‘Stormi’ is an alternative spelling of the Greenlandic ‘Storme,’ or the English ‘Stormy’—both of which are derived from the Old English word, ‘storm,’ and the Old Norse origin, ‘Stormr,'” says Elle Australia.

Then of course there’s the definition of storm: “a disturbance of the atmosphere marked by wind and usually by rain, snow, hail, sleet, or thunder and lightning,” or “a serious disturbance of any element of nature.” Perfect for a fiery baby girl.

Next: Kris Jenner revealed the reason for this name on Instagram.

True Thompson, daughter of Khloe Kardashian and Tristan Thompson, was born on April 12, 2018. With a celebratory post on Instagram, Kris Jenner revealed the significance of the name True.

“FUN FACT… my Grandfather’s name on my Dad’s side was True Otis Houghton… my real Dad’s name was Robert True Houghton… so I am so excited Khloe named her daughter True!!! #lovebug #familytradition #family @true,” she wrote.