How Do British Royals Get Their Titles?

Prince William and Catherine Middleton, Duke and Duchess of Cambridge; Prince Harry and Meghan Markle, Duke and Duchess of Sussex — that’s the way in which the public refers to these royals when saying their formal titles. We do it without giving it much thought, but how exactly do royals get their titles? 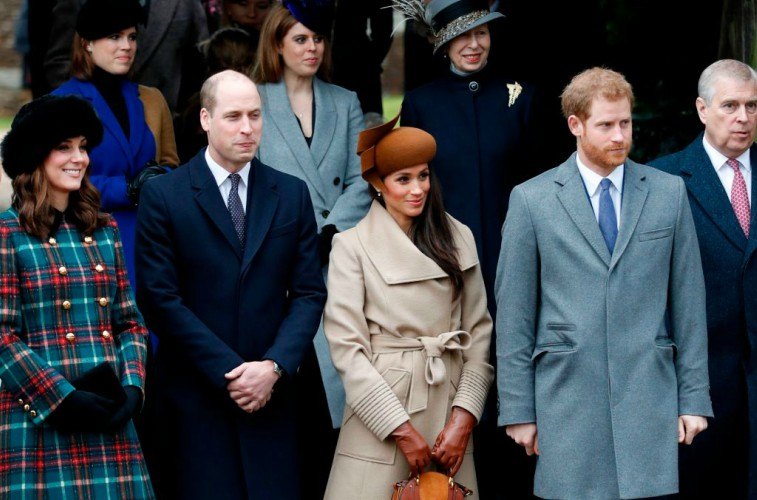 How do British royals get their titles? | Adrian Dennis/Getty Images

When Prince Harry and Prince William married their wives, they received their official royal titles

Back in 2011, Prince William married his longtime girlfriend, Kate Middleton. Kate was a commoner, but when the couple wed, they were both given royal titles. Prior to the marriage, Prince William was only known as Prince William. However, once he married Kate, he earned the royal title of Prince William, Duke of Cambridge. Kate became the respective Duchess. The same thing happened when Prince Harry married Meghan Markle. Previously, he was known as Prince Harry. But after tying the knot, he was granted the title Prince Harry, Duke of Sussex; Meghan became the respective Duchess. And there is a rhyme and reason to these titles.

Some titles are easier to explain than others. For example, Queen Elizabeth’s title of queen comes from the descending family line. Elizabeth’s uncle abdicated the throne, and her father took over. From that point, she became the heir presumptive, meaning that once her father died, she would rule. When that happened, she became the queen. Charles, her son, became the prince at birth, since he was the son of the queen. In that sense, royal titles are simple. But when it comes to other titles, such as “Duke of Sussex” or “Duke of Edinburgh,” the line of family isn’t the only thing that has to do with it.

To keep things simple, the titles of “duke” and “duchess” are essentially assigned to royals based on importance. According to Mental Floss, duke and duchess are considered the highest peerage titles, so they might be given to someone such as a prince. So, Elizabeth gave both of her prince grandsons the titles of duke. But the “of Cambridge” or “of Sussex” part of that title is also up to the queen. It essentially means that whomever has the title becomes the sovereign ruler of that land. For example, Sussex is a large county in Southeast England. When Harry and Meghan were married, the queen granted them to be sovereign rulers of that land. Prince Charles is the Duke of Cornwall, so he’s the sovereign ruler of the Southwestern England county. The queen decides who gets which titles. (But in the case of Cornwall, it traditionally goes to the monarch’s eldest surviving son and heir.)

The revenue from those specific swaths of land play a role in the royals’ income. For example, Charles is the Duchy of Cornwall, and the revenue surplus from all of the property in that area is how he makes most of his money. This is the case for other Dukes and Duchesses, too. Charles has a net worth of roughly $400 million, and most of it is due to his sovereign rule. At the end of the day, royals get their titles from their line in the family, their royal importance, and the monarch.