How Did Princess Diana Celebrate the Holidays?

The British Royal Family has several steadfast traditions that they take part in over the holiday season. Each year, Queen Elizabeth II and her family travel to their Sandringham Estate where they exchange gifts, attend church and have Christmas dinner. Though the royals’ Christmas traditions mirror many of our own, there are a few differences. Instead of getting one another lavish presents, the Windsors exchange gag gifts which they open on Christmas Eve.

When Princess Diana was alive, she brought her own specific traditions and fun to the royal family and the holiday season. Though the late princess attended two church masses like everyone else and had dinner at the Red Drawing Room, she also had her very own unique traditions that we doubt the queen and the rest of the royal family would approve of.

Like any mother, Princess Diana spent much of the holiday season running around behind her young sons, Prince William and Prince Harry. In addition to the formal festivities that she was required to attend as a full-time royal, the princess also had a jampacked personal schedule. In 1987, she wrote to her beautician Janet Filderman saying, “William and Harry had the best Christmas ever, and I am exhausted just trying to keep up with them as they rush around. Anyway, at least they sleep well.”

Since Prince George, Princess Charlotte, and Prince Louis are still pretty young, we assume that Duchess Kate Middleton and Prince William are going to feel that same time of happy exhaustion that the People’s Princess felt all those years ago.

While most people who celebrate the Christmas holiday open their gifts on Christmas Day, the royals open their presents on Dec. 24th. Former royal chef Darren McGrady told the Express, “The royals are of German descent, so they weave in German traditions to their celebrations. After afternoon tea, they open gifts on Christmas Eve, as is the German tradition.” However, it looks like the young, vibrant Princess Diana couldn’t even wait until then.

In 1985,  she confessed to Filderman, “As promised I rushed home to open your Christmas present, which I thought was quite good going considering the 25th is actually two weeks away!! I could not resist opening my present, as a parcel of any shape or form has never been safe with me, and I fear that William has also picked up this dreadful habit from his mother, as I find wrapping paper undone in the most extraordinary places!” 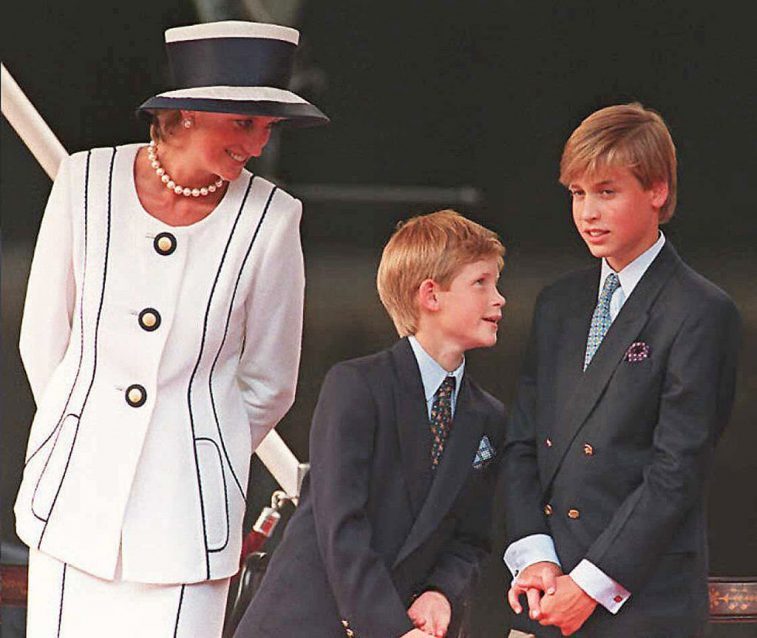 Like she always did, the holiday season meant that Princess Diana kicked her charity work into overdrive. However, she took the time to really indulge her boys. Former butler Paul Burrell told Express U.K., “She’d spend hours looking for jokey things for their stockings. One year, Harry got fake dog poo.”

It’s wonderful to see that despite being and the spotlight and her tumultuous marriage to Prince Charles, the princess found joy and happiness during the holiday season.