When Meghan Markle married Prince Harry, one of the most important guests at her wedding was her mother, Doria Ragland. Not much was known about Doria before Meghan and Harry wed, but it was widely understood that Meghan and Doria were very close when Meghan was growing up. So how old is the Duchess’ mother? 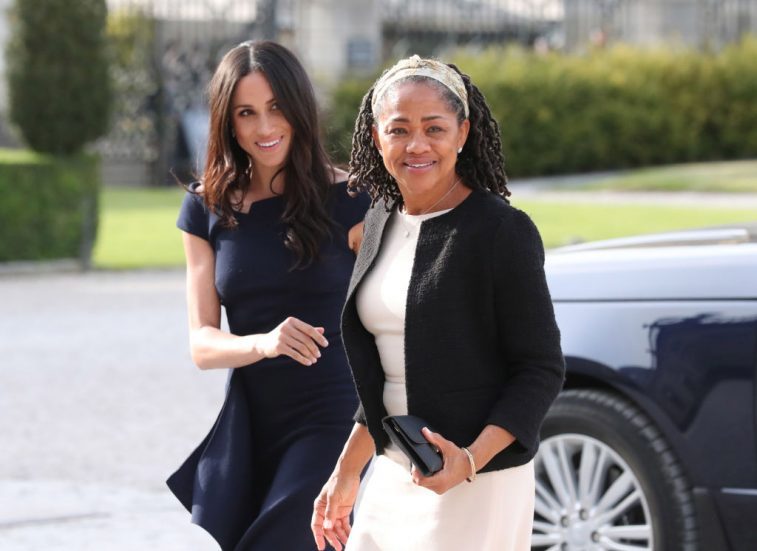 Doria had Meghan when she was 24 years old

In 1979, Doria married Thomas Markle, and Meghan was the couple’s only daughter together. Doria met Thomas, Meghan’s father, in the 1970s. According to Elle, Thomas was working as a lighting director in a studio while Doria was working in the studio as a temp. The two hit it off, and they began dating soon after. “I like to think he was drawn to her sweet eyes and her Afro, plus their shared love of antiques,” Markle said in a letter to Elle. “Whatever it was, they married and had me.” The couple got married in 1979, and Doria gave birth to Meghan in August 1981.

Meghan’s parents didn’t raise her together

Unfortunately, the love between Meghan’s parents didn’t last. When she was six years old, Doria filed for divorce from Thomas. Meghan was raised by each of them, but she always remained very close with her mother. Thomas already had two other children from a previous relationship, but Meghan was Doria’s only child. But parts of Meghan’s parents stayed with her as she grew up. She has said in past interviews that her mother’s love for yoga rubbed off on her, and she’s a yogi now herself. And her father worked in Hollywood as a lighting director, which is where Meghan ended up taking her career. Despite being raised separately by both of them, Meghan always had a good relationship with her parents growing up.

Doria is now in her early 60s. But since everything with Meghan has happened (the part where she became a royal), Doria’s life has essentially been turned upside down — in a good way. She’s incredibly happy for her daughter and has made several visits to the United Kingdom to visit her. Doria never had other children, so it makes sense that she probably felt a little empty when Meghan moved away (Doria also never remarried after her divorce from Thomas).

According to initial reports, Doria was supposedly joining the royal family for Christmas dinner, which shocked many, since those outside the queen’s family have never been invited. However, recent reports said that Doria would not be attending Christmas dinner after all. While Doria hasn’t been able to see her daughter as much since Meghan and Harry wed, she is not expected to spend Christmas dinner with the family. But according to Cosmopolitan, Doria has planned a lengthy trip for the spring time. Since Meghan’s baby is due mid-spring, Doria reportedly wants to spend quality time with her daughter and son-in-law and will likely stay through the baby’s arrival. After all, this will be Doria’s first grandchild.