Jeff Bridges Kids: Who Are They, and What Do They Do?

Jeff Bridges proudly proclaims his love and admiration for his wife, Susan Geston Bridges, every chance he gets. Virtually inseparable since meeting on a Montana movie set in 1974, Jeff and Susan enjoy one of the most successful unions in Hollywood history. What you might not know is that the contented couple are also the parents of three very special daughters.

Born August 6, 1981, Isabelle Annie is the eldest of the three Bridges daughters. Jessica Lily arrived on June 14, 1983, and the youngest daughter, Haley Roselouise, joined the family on October 17, 1985. Even if they did nothing else, the trio would be notable for their Hollywood lineage. They are, however, remarkable women with their own accomplishments.

After receiving the Academy Award for Best Actor for his star turn in the crime drama, Crazy Heart, Bridges explained that because of his own upbringing, he decided against pushing his kids into show business. In 2009, he told The Guardian that acting would be as easy as “falling off a log” for any of his three adult daughters, but none of them were seriously interested in a full-time movie career.

Who is Isabella Bridges

With California good looks that could easily win limitless leading lady roles, Isabella has taken a more conventional road than that of her freewheeling parents. Now 37 years old, Isabelle met her true love while enrolled at Pepperdine University in her hometown of Malibu.

After a whirlwind courtship Isabella describes as “love at first sight,” Isabella wed Brandon Boesch at the Bridges’ family home on July 7, 2007 To anyone well acquainted with Isabella, the wedding date was profound. “I’ve known that I was going to get married on 7/7/07 since high school. I don’t know how I knew, but I just did,” Isabella exclaimed to Inside Weddings magazine.

The eldest Bridges girl did a bit of acting before settling down with her true love. She appeared in the 1989 Colleen Dewhurst vehicle, Termini Station, as well as California Entertainment Weekly in 2005. Isabella and Brandon presented Jeff and Sue with their first grandchild, Grace Louise Boesch, on March 31, 2011.

Known to friends and fans as Jessie, the middle Bridges daughter is an accomplished songwriter who uses her natural talent for music to explore and express the human condition. Her dad, a tasty musician in his own right, gifted her with a guitar when she was 13 years old, and she’s been strumming ever since. Not devoted to any particular genre, Jessie counts Wilco, Joe Cocker, Dr. Dog, and Neko Case among her diverse musical influences.

Jessie performed original songs at her sister Isabelle’s wedding. Today, the 35-year old songstress resides in the San Francisco Bay Area where she performs regularly and occasionally shares a stage with her talented father.

Haley Roselouise isn’t just the baby of the Bridges family 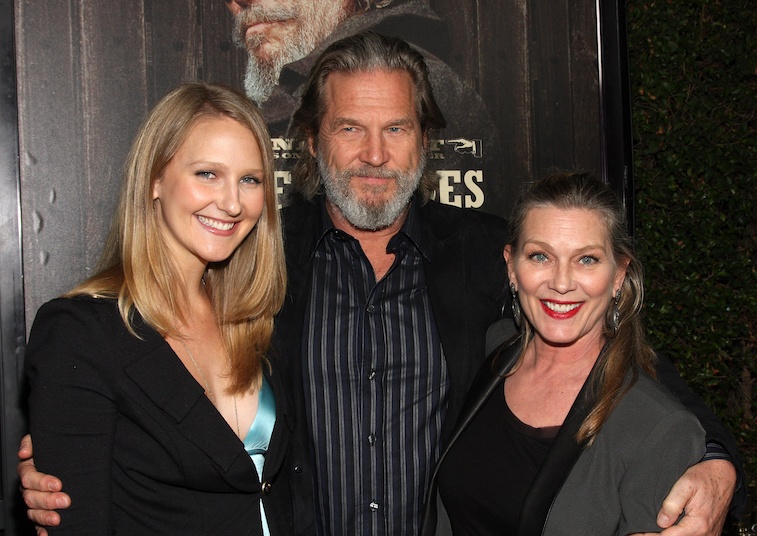 The man known to millions as “The Dude” was a rather rebellious Southern California teenager. Compound this with the psychological assumption that the youngest sibling may experience more adolescent rebellion than older kids in the family, and one might expect Haley to be quite the wild child.

In fact, the youngest kid in the Bridges clan is a successful business owner and uber talented interior decorator. Her Santa Barbara-based company, Haley Bridges Design, ranks highly at Houzz where she received top honors for Best Service in 2017 and Best Design in 2018.

Isabelle, Jessie, and Haley Bridges stand as a beautiful reminder that kids can grow up normal and lead productive adult lives, even when they have famous Hollywood parents.