‘Jersey Shore: Family Vacation’: Everything to Know About Jenni Farley Filing for Divorce 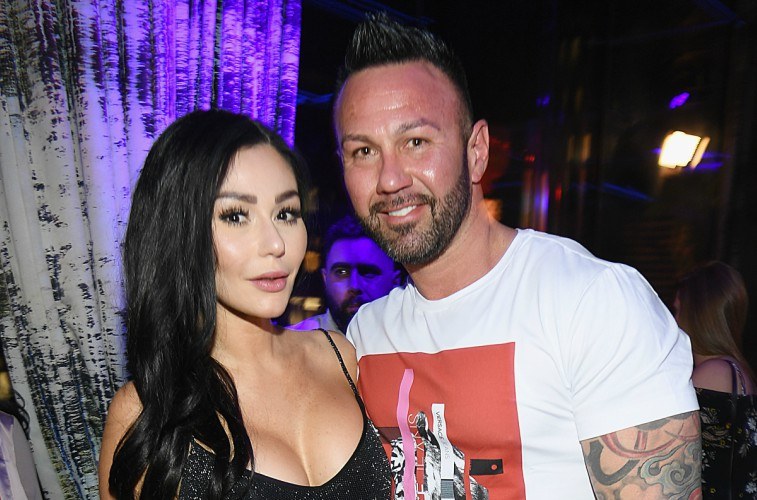 Jenni “JWoww” Farley continued reality television by appearing on Jersey Shore: Family Vacation without her husband, Roger Mathews. So their relationship hasn’t really been shown to fans. There has been a sad update that Farley reportedly filed for divorce. Here are four things to know about the filing.

Farley filed for divorce on Sept. 12 in Ocean County, according to Ashbury Park Press. The complaint cited irreconcilable differences “which have caused the breakdown of the marriage for a period of at least six months which make it appear that the marriage should be dissolved and that there is no prospect of reconciliation.”

2. Mathews posted about their marriage on Instagram in Jan.

Just the next chapter in our story. In case you missed it, it goes something like this. 2010 two selfish assholes meet each other in a bar, the two begin to date and continue to party hard, it isn’t all cupcakes and unicorns, neither takes any shit and both are use to running the show. 3 years in they get engaged, still no shit taking and not a unicorn to be seen, a year later they have their first child out of wedlock just to piss off traditional people and party with Satan a bit more. 2015 they get married and announce they are pregnant with a son, probably fought at the wedding.2015 to present they remain vigilant and defy the odds of reality tv, flawed personalities, alpha demeanors, hot tempers and an inferior penis and remain married while raising their two children to the best of their abilities while still butting heads over the dumbest shit. 2018 one has a mid life crisis and flies to Miami with old friends and leaves said husband for a really jacked dude from the club named Billy Bad Ass that can flex his pec muscles to the tune of Jingle Bells. Ok. I made that last part up. Blessed to have what we have and grateful for it. Mom makes much of that happen. Love you Mom. (She won’t even see this for a month cause they aren’t allowed cell phones so if you see her in the club please recite this entire post to her by memory, scream it as loud as you possibly can while dancing like a complete idiot to hold her attention and focus)

Mathews tends to be a private person, but he did make a public statement about their marriage on Instagram in Jan. He posted a video at home saying Farley just left to film her latest project. The father goes on saying him and the kids will be alright while she is away.

He then ends the video with “if you’re going to break up with me please don’t do it on that stupid f*cking duck phone and do it. Alright? Thank you.”

A source told Us Weekly that “the split was a long time coming” and that Mathews was supposed to be more involved with Season 2 of the show.

“Roger was supposed to appear on the second season of Jersey Shore reunion regularly but decided right before Jenni left that he didn’t want to do it,” the source claimed. The source also said he had no problem with Farley continuing to do the show, but doesn’t personally want to be involved with the show.

4. Mathews says he plans to ‘win my wife back’ on Instagram

Praying for a better tomorrow. Sorry world, I’m taking a day off from praying for you today and I’m just gonna pray for my family. Hope springs eternal.

Hours after the news hit that Farley filed for divorce, Mathews posted a new video on Instagram to address it. “It’s true,” he said. “I’m just going to keep it simple. I don’t blame her. There’s no cheating or any dumb sh*t or any juicy details. She just grew tired of the repetitive pattern that we fell into. Again, I am not going to get into detail but it was a repetitive pattern and not a good one.”

The couple got married on Oct. 18, 2015. They have a three-year-old daughter, Meilani Alexandra and a two-year-old son, Greyson Valor.

Read more: ‘Jersey Shore Family Vacation’: How Much Each Cast Member Has Made and Who’s Worth the Most