It looks like Meghan Markle’s ex-husband Trevor Engelson has officially moved on with his life. Just before Markle announced her engagement to Prince Harry, news outlets reported that Engelson, a TV producer, was preparing a show upon their divorce. Even thinking about it made us cringe. Not to mention, Markle had enough to deal with as she prepared to become an official royal. Luckily, the show is no longer happening.

When the news of the TV show hit, details about Engelson and Markle’s divorce were everywhere. According to Deadline, the description for the series read, “Divorce is hard. Sharing custody is harder. Sharing custody with the British Royal family when your wife marries a prince, in the unforgiving spotlight of London’s tabloid media, is next level.” Though details surrounding the project seemed absurdly familiar, Engelson and the other producers called the show purely fictional.

The two lead characters of the comedy won’t be based on Engelson or Markle, and the premise itself conflicts with the former couple’s experience, as they have no children together and there’s no need for them to share custody of anything or anyone. The idea was reportedly inspired by Engelson and [Dan] Farah having a conversation about what it would have been like if Markle and Engelson had had children, whom he’d now have to share with the Royal Family.

At the time, it seemed like an attempt for Engleson to capitalize on Markle’s megafame and get back at her. After all, they didn’t exactly end their marriage on good terms. The former couple began dating in 2004 and finally tied a knot in a lavish beachfront ceremony in Jamaica in 2011. They divorced just two years later.

Markle and Engelson put down “irreconcilable differences” as the reason for their split. But it looks like their careers may have been a significant factor in their split. Markle got a role as Rachel Zane on the massive hit series Suits. Meanwhile, Engelson struggled to find his footing in Hollywood. 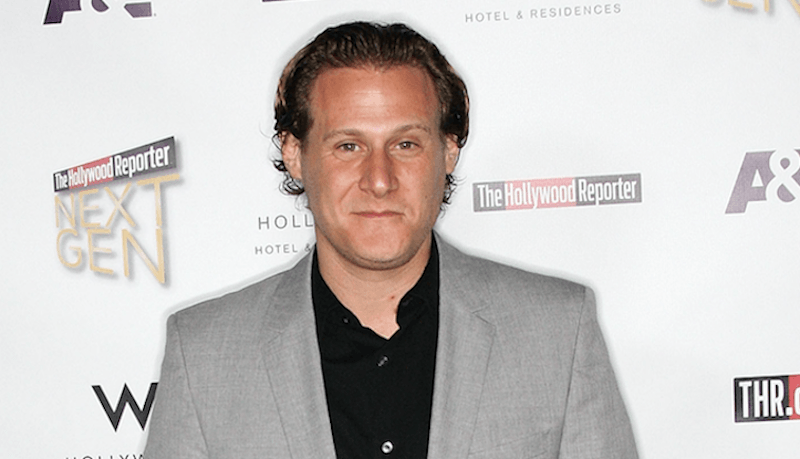 Markle was living and working alone in Toronto when she decided to end her marriage. She reportedly mailed Engelson back her engagement and wedding rings. According to author Andrew Morton, who wrote, Meghan, A Hollywood Princess, “It was such a bolt from the blue. Even after five years, he can barely contain his anger.”

Though neither Engleson nor Markle spoke about the demise of their marriage, it reportedly left the TV producer devastated. Reports once quoted him as saying, “I have zero to say about her.”

Maybe Engelson finally got tired of the Duchess of Sussex being a part of the narrative of his life, or perhaps the real reason he decided to cancel the planned TV series is because he’s found love and happiness for himself. Two weeks after Markle wed Prince Harry in a lavish ceremony watched by millions of people across the globe, Engelson took strides toward his own happily ever after.

The TV producer popped the question to nutritionist Tracey Kurland. Kurland said yes and Engelson shared the joyous news on his Instagram page. Though his IG page is private, Mail on Sunday is reporting that the 41-year old shared a photograph of Kurland’s engagement ring to announce the news. Apparently, he captioned the photo with, “Luckiest guy I know! Get ready to party.”

Now that he moved on in his personal life, Engelson probably thought about how petty it may look for him to move forward with the TV show on Markle. After all, he doesn’t seem like a man who enjoys the glaring spotlight. Progressing with the show would have undoubtedly made his life a continuous circus.

We’re just pleased that everyone moved on and we can save messy storylines and bitter exes for reality TV shows.