What Treasure is Buried on Oak Island?

Oak Island is one of the most mysterious places in the world. From its alleged buried treasure to those rumored to have visited (and deposited on) it, the island has the potential to rewrite history and unearth some of the most valuable riches in the world. What treasure is buried on Oak Island? Find out, ahead. 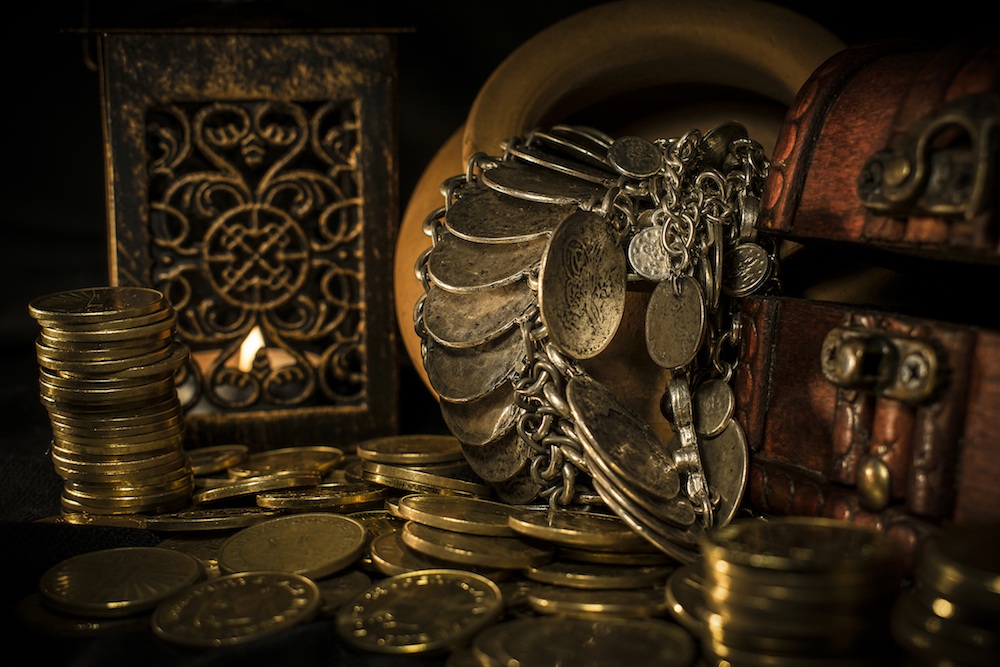 What treasure is buried on Oak Island?

For hundreds of years, the rumored treasure buried on Oak Island has attracted dozens of individuals, including Franklin D. Roosevelt, the 32nd president of the United States. Most recently, Marty and Rick Lagina (and their Oak Island Tours Inc. team) have conducted extensive excavations on the island — all of which can be viewed on History Channel’s hit series, The Curse of Oak Island. But, what makes the decades of digging on the Nova Scotia island worth it? Below, we share some of the rumored treasures buried deep within Oak Island’s mysterious Money Pit and other areas of the island.

Marie Antoinette’s crown jewels might also lie beneath Oak Island. The jewels went missing in the 1700s — and many think they made their way to the safety of Oak Island. Rumor has it, France’s last queen gave her jewels to her lady-in-waiting during the French Revolution. According to some accounts, the woman fled to Nova Scotia not long after.

The Oak Island treasure doesn’t just consist of jewels. Some suggest a Viking ship sank deep within the island to create what is referred to as the Money Pit many years ago. According to the History Channel, the quicksand-like texture of the island’s surface might have sucked the ship inward and turned it vertically in the process of doing so. Those that believe this Oak Island theory say the wood planks found at regular intervals within the pit are actually backrests for rowers.

The Holy Grail and Ark of the Covenant

Religious artifacts could also be lying deep within the Money Pit. Another Oak Island theory suggests that the Knights Templar might have buried the Holy Grail and Ark of the Covenant. While no one knows for sure how accurate this theory is, Knights Templar symbolism has been found on the island and a journal entry from one of its members suggests they were in the presence of both treasures.

Many believe that a 16th-century author by the name of Sir Francis Bacon was the one who wrote Shakespeare’s manuscripts — and quite possibly buried them in the Money Pit on Oak Island. Parchment paper found deep in the money pit furthers the alleged theory.

Treasure hunters and Oak Island enthusiasts also believe that the British might have buried treasure found in Havana, Cuba. In 1762, the British forces captured the city and came into possession of a vast treasure. To protect it from American revolutionaries, the British allegedly buried their newfound treasure near their Halifax, Nova Scotia naval base, which could very well have been Oak Island.

Pirate treasure is one of the most widely-believed Oak Island theories, as many think the 17th-century pirate, Captain Kidd buried his treasure on the island. Legend suggests one of the captain’s dying crewmembers claimed £2 million in treasure was on the island. In the 19th-century, treasure hunters came across a stone with “Forty feet below, two million pounds lie buried” engraved on it.