Pawn Stars: The Richest Stars on the Show 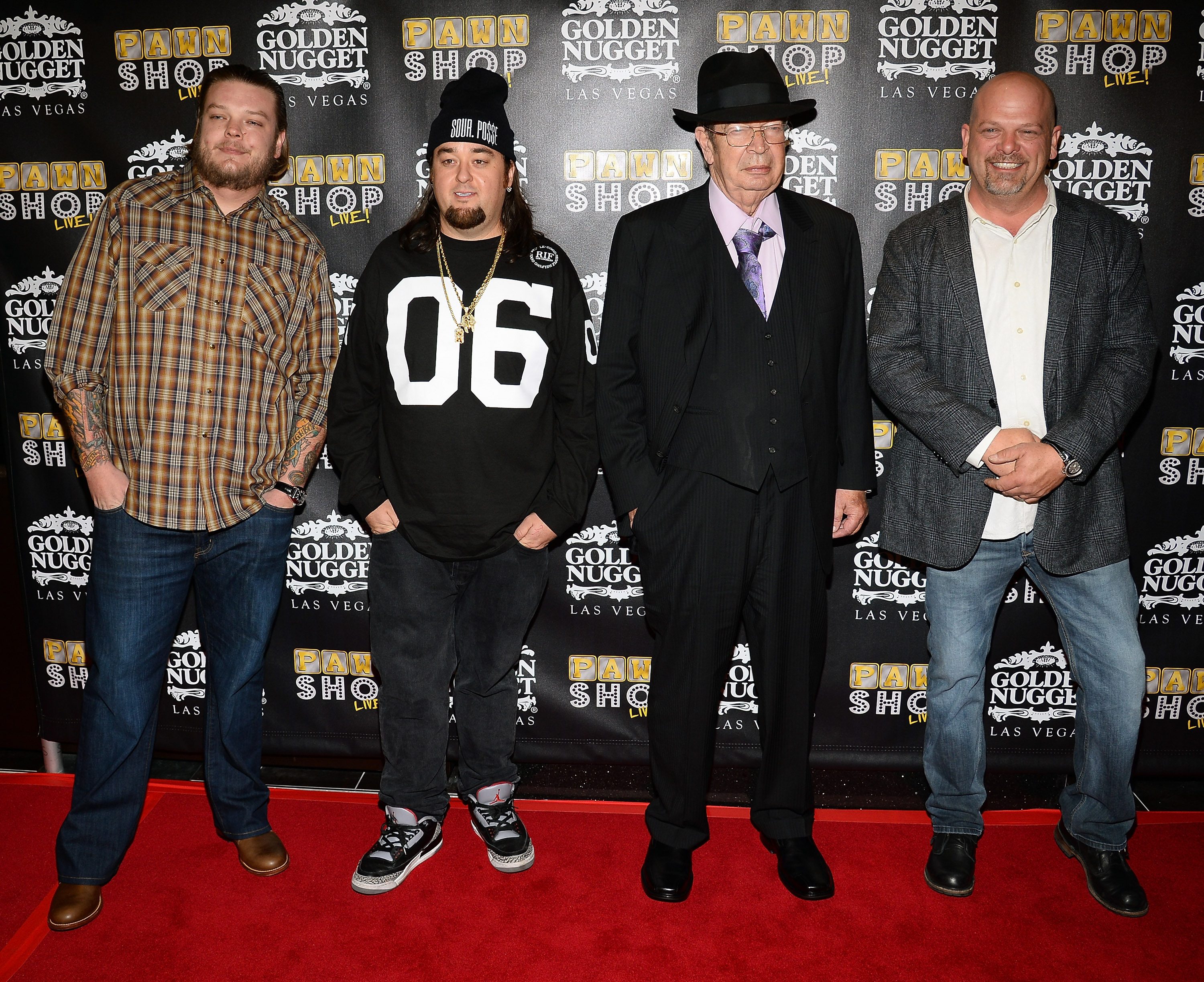 The show’s cast of characters provides an endless amount of entertainment. One thing you might not know is the stars are paid a salary. So, what’s the net worth of Chumlee, Corey Harrison, Rick Harrison, and Richard “Old Man” Harrison?

Here are the richest stars on History channel’s Pawn Stars according to Celebrity Net Worth and research around the web.

Corey Harrison, the son of Rick Harrison, has an estimated net worth of $4 million. Like most of the other cast members, Harrison’s net worth is a combination of earnings from working at the pawn shop and payments from appearances on Pawn Stars. Corey got an early start in the pawn shop business. He started working for the shop at the tender age of nine. Corey learned enough to become a partner alongside his father and his late grandfather, Richard “Old Man” Harrison. Corey also makes money from appearance fees. He charges roughly $1,000 for guest appearances at Las Vegas clubs.

Austin “Chumlee” Russell, the childhood friend of Rick Harrison, has a net worth of $5 million. Chumlee earns a nice paycheck for his appearances on Paw Stars. Every time a Pawn Star episode airs, Chumlee earns $25,000, according to Celebrity Net Worth. Like many of the other stars on the show, he has a unique nickname. He was given the nickname “Chumlee” after his father compared him to “Chumley,” the walrus on the cartoon Tennessee Tuxedo.

Rick Harrison has an estimated net worth of $8 million. He built most of his wealth by working for the  Harrison family business. When he turned 13 years old, Rick ran the pawn shop with his father. According to Celebrity Net Worth, he dropped out of high school because he had a booming business selling fake Gucci handbags. The youngster was reportedly earning more than $2,000 a week. Working at the pawn shop helped Rick develop a unique skill. He earned the nickname “The Spotter” because he can easily spot under-valued items.

The late Richard “Old Man” Harrison had a net worth of roughly $8 million, according to Celebrity Net Worth. He opened the Silver Pawn Shop in Las Vegas, Nevada in 1989. Much of his wealth was amassed from working at the pawn shop and his salary from the History channel show. Back in 2014, Harrison reportedly earned $15,000 per Pawn Stars episode.