These Popular Hollywood Stars Got Their Start on Soap Operas

Soap operas definitely have a dedicated fanbase, but there are many who look down on them. Some may see them as too over-the-top with their storylines and acting, or just not very good in general. However, there are some really big stars who started out on soap operas and eventually went on to get Oscars and other major awards.

So who are they, and what exactly was their role? We gathered 20 celebrities who started out on soap operas and went on to become big names in the entertainment industry.

1. Sarah Michelle Gellar in All My Children 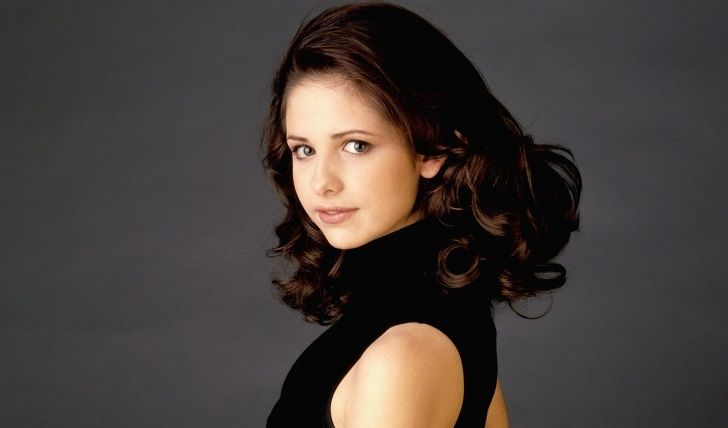 Sarah Michelle Gellar as Kendall Hart in All My Children | ABC

We all know her as Buffy Summers, but before that iconic role, she was also on a soap opera. She played young Kendall Hart on All My Children from 1993 to 1995. At that time, the actress was just 16 years old. Her character was a complicated girl who was conceived during her mother’s tragic rape.

Apparently, her agent didn’t think she could act outside of soap operas. “You’ll never make it.” her agent said, according to The Independent. “Everyone leaves soaps and comes back.” She switched agents and eventually got her big television show.

Looking back on the soap opera role, the actress still says it was a tough job. “Try being a character on a soap opera who has no friends,” she said. “I was always speaking to myself. Forty pages of monologue every day!” Once she turned 18, she moved to Los Angeles from New York City to further her career.

Next: This Oscar winner was just a high school student on a soap opera back in the day.

2. Brad Pitt in Another World

The future movie star played a high school student named Chris who played basketball in 1987. He later got a reoccurring role on Dallas as Randy.

He eventually got to make his big break into movies with his role in Thelma & Louise.

Next: Uncle Jesse was a troubled teen on this show.

He’s known for being Uncle Jesse on Full House, but before that, he was on General Hospital. In 1982, He played Blackie Parrish, a foster child who just lost his mother and is taken in by a new family.

The actor was 20 years old at the time.

Next: This Oscar-winning actress won an Emmy for her soap opera role.

4. Julianne Moore in As the World Turns

The Oscar winner started out on television first. Her first big role was on As the World Turns from 1985 to 1987. She played Frannie Hughes who flunked out of Yale and had a pretty tough love life.

She won an Emmy for Outstanding Ingenue in a Drama Series.

Next: This rom-com darling was stuck in a love triangle on a soap opera.

5. Meg Ryan in As the World Turns

The romantic comedy star was in As the World Turns from 1982 to 1984. She played Betsy Stewart, who fell in love with Steve Andropolous and had a big wedding. But there was a lot of drama and doubt that came before the big event — Steven even had to watch her marry someone else.

Next: Before this actress was in love with a ghost, she was playing a journalist.

The actress has gone from soap opera to movie star and back to television. Her rise came from her role on General Hospital as Jackie Templeton who was a journalist. She played the role from 1982 to 1984.

After the show, she began starring in movies.

Next: This action star was a huge fan-favorite in a soap opera.

7. Josh Duhamel in All My Children

The Transformers actor was on All My Children as Leo du Pres. The character had a complicated family life that was kept a secret so they could climb the ranks in society.

He was a beloved character and Josh Duhamel got a Daytime Emmy for the role.

Next: This singer rocked long hair on a soap opera before he became a huge name.

The singer had an impressive head of hair back in the day when he played Miguel Morez. The character became a father when he was a teenager and had to flee to the United States. Ricky Martin played the character from 1994 to 1996.

After that, he focused more on his music.

Next: This actor made television history on a soap opera.

9. Ryan Phillippe in One Life to Live

Back in 1992, Ryan Phillippe made history by playing daytime television’s first gay teenager. He played Billy Douglas on One Life to Live when he was 17 years old. The teenager was a jock and class president who hasn’t come out yet.

Phillippe played the character until 1993.

Next: Before fighting the supernatural, this actor was getting nominated for Emmys.

10. Jensen Ackles in Days of Our Lives

The Supernatural star has been going on adventures on the long-running show for 13 seasons. Before that, he was getting his start on Days of Our Lives from 1997 to 2000.

He played Eric Brady and was nominated three times for a Daytime Emmy Award for Outstanding Younger Actor.

Next: This funny actress had a small part on a soap opera for her first job.

11. Elizabeth Banks in All My Children

The funny actress and producer also started off taking a role on a soap opera. Unlike others on the list, her role was much shorter on All My Children, given it was just one episode. It was back in 1999 and her first acting job on television.

Next: This child star was in a soap opera before becoming Romeo.

The Oscar winner is one of the biggest movie stars today. That all started with him working as a child, which included a role on the soap opera Santa Barbara. He played young Mason Capwell, who accidentally killed another child.

Next: Young Aunt May started out being Cinderella on a soap opera.

13. Marisa Tomei in As the World Turns

The actress played Marcy Thompson from 1983 to 1985 on As the World Turns. The character was basically Cinderella complete with marrying a prince and having a fairy godmother.

Her next big television role was in A Different World.

Next: This actor was on a soap before getting his iconic dancing role.

The actor will forever be known for his iconic role in Footloose, but many probably don’t know he was also on a soap opera. He played Tim on Guiding Light from 1980 to 1981.

He told a funny story later about how he got stuck punching objects in the role because the writers liked it when he improvised punching a locker in one episode.

Next: This talk show host was playing a troubled teen back in the day.

15. Kelly Ripa in All My Children

The talk show host has been on television in the morning for years, talking about hot topics and interviewing celebrities. Back in the day though, she was acting on All My Children as Hayley Vaughan Santos.

Hayley was a troubled teen due to having an alcoholic mother. Ripa returned to the show for two episodes to celebrate its 40th birthday.

Next: This Baldwin was in a soap opera before becoming a household name.

16. Alec Baldwin in The Doctors

The actor has regularly bounced back and forth between movies and television for years now. But many would probably be surprised that one of his early roles was in The Doctors. He played Billy Aldrich, who was good at smooth talking and being conniving.

Next: This actor with an iconic voice started out with a small part on a soap opera.

17. Morgan Freeman in Another World

The Oscar winner also had to start on television. He was a regular on The Electric Company, but after that, he took on smaller parts including a role on Another World. It was only one episode, and he moved on to more small parts until making it into movies.

Next: This child star was on a soap opera before starring in movies.

18. Lindsay Lohan in Another World

The child star was in many successful movies, but she didn’t start off that way. Her first big role was in Another World as Alli Fowler, and the actress was 10 years old at the time.

Alli went to boarding school in Europe. Two more actresses took over the role after her.

Next: This child star was in not one but two soap operas.

19. Hayden Panettiere in One Life to Live and Guiding Light

When the actress was a child, she appeared in both One Life to Live from 1994 to 1997 and Guiding Light from 1998 to 2000. Some of her storylines were very dramatic, from her being thrown down a well to her getting kidnapped.

She went back to movies, but returned to television with Ally McBeal.

Next: Before Broadway, this actor had a small role on a soap opera.

The actor has been on Broadway, television, and movies. He also started showing off his acting chops with soap operas. His first credited role was on Guiding Light in 1997.

From there, he did a few more small roles on television before breaking into movies.