Quavo Net Worth and How He Makes His Money 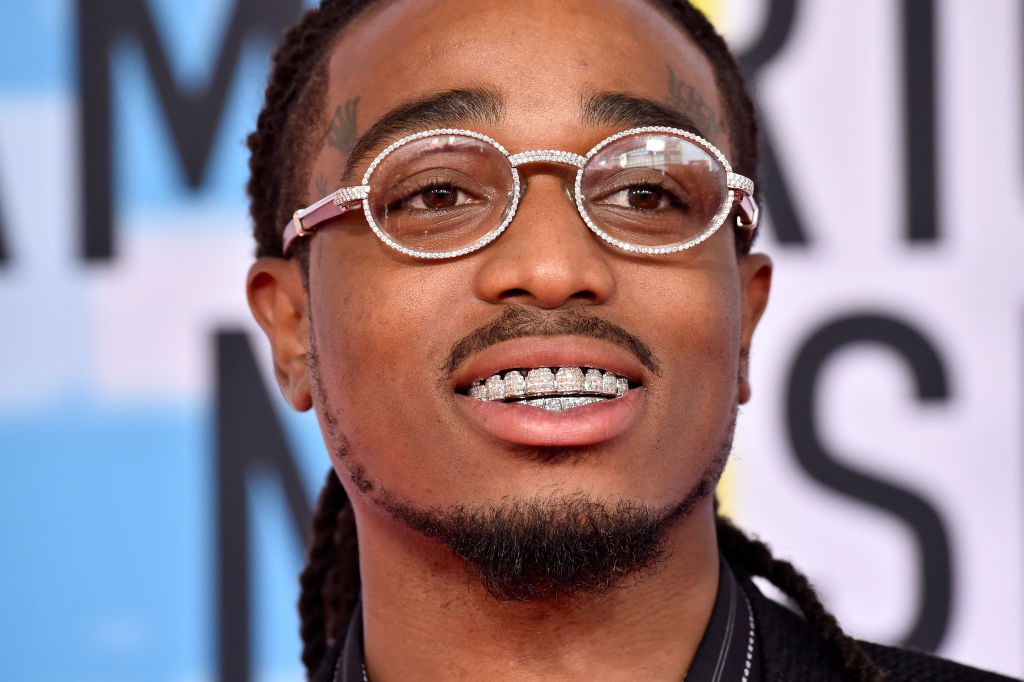 Quavo, also known as Quavious Keyate Marshall, is one of the three members of the rap group Migos. The Athens, Georgia native has made a name for himself through his work with Migos as well as musical collaborations with top artists.

Here’s Quavo’s net worth and how he makes his money.

Before embarking on a music career, Quavo played high school football. He later got his start in music in 2008 when he, his nephew (the rapper Takeoff), and his cousin (rapper Offset) started a rap group called Polo Club (the name was later changed to Migos). In 2011, Migos released a mixtape titled Juug Season. The following year, they released the mixtape No Label.

Migos’ debut studio album Yung Rich Nation was released in 2015. The album rose to the No. 3 spot on the US Rap chart and No.5 on the US R&B/Hip-Hop chart.

Quavo has had musical success beyond his work with Migos. He has been featured on four singles that appeared within the top 10 singles on the Billboard Hot 100. Migos caught the attention of fans and industry insiders after the 2013 release of their single “Versace.”

Quavo displayed his skills as a solo artist when he released the song “Champions.” The song reached the No. 71 spot on the Billboard Hot 100. In 2017, Migos’ second studio album Culture, peaked at No. 1 on the US Billboard 200 chart and on the US Rap and US R&B/Hip-Hop charts.

In October 2018, Quavo’s debut solo studio album, Quavo Huncho, was released. Rolling Stone described the album as a “charming and scattered affair.” In an interview with GQ, Quavo said he is still working on his unique sound. “I’ll learn from my fans when I drop my album,” he told GQ. I’ma just work hard, being the hardest-working person on everything, leader, the Huncho, so that’s what you already know what you got coming. I need answers from my fans now. I can’t answer everything.”

The artist has won several awards and nominations. He received a 2017 Teen Choice Award for “Know No Better,” and a 2017 American Music Award for “I’m the One.”

Quavo’s net worth and how he makes his money

Quavo is involved in several money-making projects outside of music. Product endorsement deals are among the different ways he makes money. Among his endorsement deals is a partnership between Migos and athletic apparel retailer Finish Line. AListDaily reports Finish Line invited the rappers to serve as creative directors and to collaborate on the brand’s marketing campaigns.

Migos earned a total of $25 million from September 2017 to September 2018, reports Celebrity Net Worth. The group earned this wealth partly because of the money they made from touring. These hardworking artists performed 93 shows in a time span of just 12 months. Quavo has a net worth of $16 million.