Can Queen Elizabeth II Give Anyone a Royal Title? Royal Title Rules Her Majesty Follows

The royal family loves a good title. So much so that they seem to have approximately ten each (okay, we are exaggerating — sort of). However, when we discuss royal family titles, we often look at the titles of Kate Middleton, Meghan Markle, Prince Harry, and other members of royalty. But, do you have to be a royal to have a royal title? According to the royal title rules, not always.

Up ahead, we take a closer look at how royal titles work and the rules Queen Elizabeth II supposedly follows when deciding on a new rank. 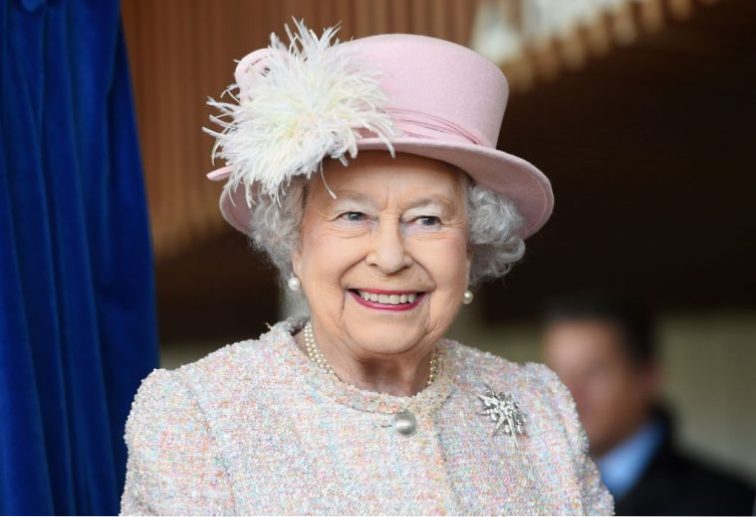 Can Queen Elizabeth II give anyone a royal title?

As the queen bee of England, Queen Elizabeth II can do pretty much whatever she pleases. There are even some British laws and regulations she’s exempt from! But, can Queen Elizabeth II give anyone a royal title? As England’s monarch, she absolutely can. And, get this: They don’t even have to be royal to earn such honor and status.

According to royal family peerage — which is basically an official title rulebook — the queen can grant anyone she wishes a royal title, even if it goes against tradition. To get a better understanding of what this means, let’s take a closer look at the royal title rules and how they work.

The queen and her family — well, probably not rebels Prince Harry and Meghan Markle — love a good set of rules. So it shouldn’t shock you that there are certain royal titles rules in place to help guide the monarch in selecting official royal titles. However, because Queen Elizabeth II is in charge, she doesn’t necessarily have to follow suit. Here are the royal title rules she typically follows (but can veer from at any point), plus other facts about royal family peerage.

Dukedoms are one of the highest ranked titles in the family

Think being a prince grants you seniority? Think again! In the royal family, dukedoms are considered the highest ranked title (next to monarch, of course).

Dukedoms belong to sons and grandsons of the monarch

Traditionally speaking, the monarch gives out dukedoms to his or her sons or grandsons. And, since the wives — cough Kate Middleton and Meghan Markle — take their royal husbands’ names, they become duchesses. That means, if you are a blood princess, you likely won’t receive the high-ranking honor, unless you marry your cousin (hey! It wouldn’t be a first for the royal family) or someone from another royal family.

That said, some believe the so-called “rules” of dukedoms could change in the future, as the royal family becomes less gender bias. Which means that one day, Princess Charlotte could earn her own dukedom.

Marrying a prince doesn’t make you a princess

Diana Spencer might have become a princess upon marrying Prince Charles, but it doesn’t happen to every royal bride. In fact, it rarely happens. The only reason Diana was considered a princess was because of her then husband’s royal title. Since Prince Charles was (and is) the Prince of Wales — aka a title held only by the heir to the throne — Diana was considered an official princess.

His or Her Royal Highness is a special status

Members of the royal family with His or Her Royal Highness before their name are likely of high status — or married to someone of high status. Rumor has it, sons, daughters, and grandchildren (and their spouses) of the monarch are entitled to such status.

Since royal men often receive their dukedoms upon marriage or majority, they don’t ever lose their titles (unless the monarch grants a new one). However, non-royal women could face a title loss or alteration upon divorce. For example: When she was married to Prince Charles, Princess Diana was Her Royal Highness The Princess of Wales. After their divorce, Diana lost Her Royal Highness status and changed her title to Diana, Princess of Wales.

Geographical references are a must

Because a dukedom is technically a reign over a certain region, you can’t just name someone a duke with no geographical reference. That’s why Prince William is the Duke of Cambridge, Prince Harry is Duke of Sussex, and so on and so forth.

Choosing a royal title can get complicated — especially if the ones available are associated with bad reputation. Some speculate that when selecting a new title, the queen might consider the reputation of those that once held the same status.

There aren’t many available

Speaking of choosing a title, there aren’t many available options to choose from, which also makes things tricky. Some royal experts say royals — especially the ones that aren’t full-time or as high up on the line of succession — should feel lucky to earn an official royal title.

There are lots of different types of titles

In addition to duke and duchess, the queen can name someone a baron and baroness (or lady), viscount and viscountess, or earl and countess. Some people can also become lords and knights, should the queen grant the honor.