What Is Ryan Seacrest’s Net Worth and How Much Does He Make on ‘New Year’s Rockin’ Eve’?

Let’s face it: New Year’s Eve wouldn’t be the same without Ryan Seacrest. The television mogul (and modern-day Dick Clark) has hosted Dick Clark’s New Year’s Rockin’ Eve With Ryan Seacrest for over a decade (with six years as a co-host to Dick Clark himself). And, as one of the busiest guys in the business, it should come of no surprise that his paycheck for the annual broadcast is impressive. How much does Ryan Seacrest make on New Year’s Eve? Find that out, plus Ryan Seacrest’s net worth, ahead. 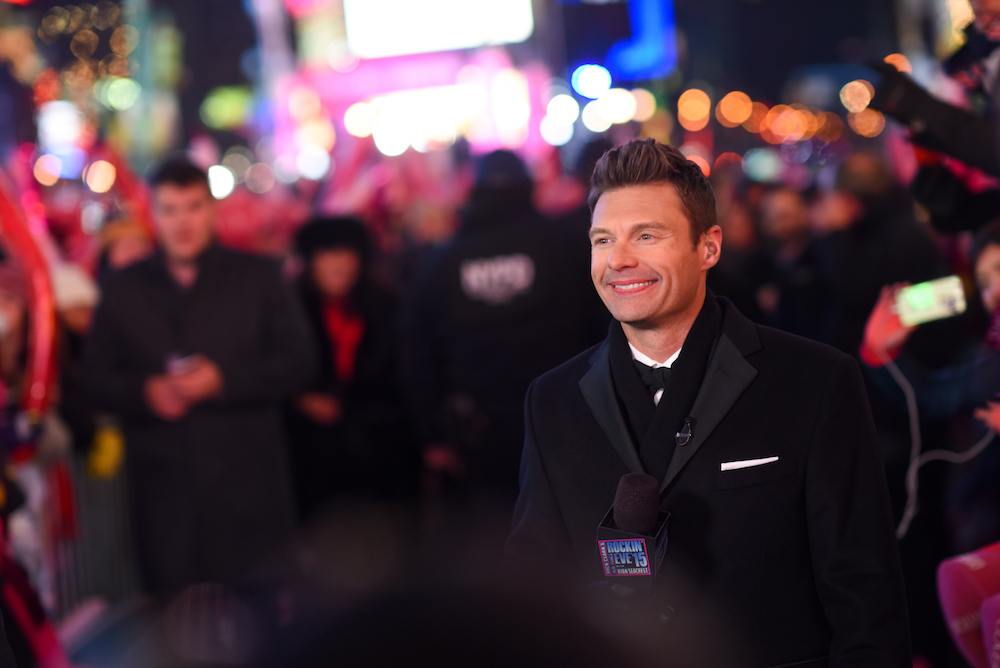 Whether you’re a fan of American Idol or tune in to Live With Kelly and Ryan on the regular, it’s no secret that Ryan Seacrest works hard (and probably spends a lot of time on planes, going to and from Los Angeles and New York City). As one of the busiest television personalities in the business Ryan Seacrest’s net worth is a whopping $380 million.

The television mogul earns most of his worth from the various television programs he appears on, as well as his many producer titles. He is a long-time producer of Keeping Up With The Kardashians, and also hosts several red carpet events like E! Live From The Red Carpet (which broadcasts from various award shows, including the Academy Awards, Emmy’s, and Golden Globes). He’s also served as executive producer for Dick Clark’s Rockin’ New Year’s Eve With Ryan Seacrest. His production company, Ryan Seacrest Productions also creates scripted content for ABC.

According to Celebrity Net Worth, Ryan Seacrest’s annual salary — which comes from various sources — is $75 million. Ryan Seacrest has made a good chunk of his salary from American Idol. In its previous run on Fox, the host made $15 million per season from 2002 to 2016. However, in its 2018 revival on ABC, Ryan Seacrest reportedly took a pay cut and received around $10 million for the 16th season.

In addition to American Idol, Ryan Seacrest makes an income from other ventures, including Live With Kelly and Ryan and his radio show, On Air With Ryan Seacrest. He also hosts American Top 40 and allegedly brings in around $15 million annually for both radio shows. His Live With Kelly and Ryan salary has yet to be disclosed, but Kelly Rippa allegedly makes around $17 million from the show. In addition to his hosting salaries, Ryan Seacrest makes a paycheck for his producing credits, as well as his production company’s writer and creator credits.

How much does Ryan Seacrest make on New Year’s Eve?