People can’t always predict what’s going to happen on The Circle. Some twists stopped players in their tracks. Shubham Goel talked about the moment in season 5 that put him in fight or flight mode.

[SPOILER ALERT: This article contains spoilers for The Circle Episode 8.]

Shubham gained an unexpected power on ‘The Circle’ Season 5

Shubham asked to return to The Circle after coming so close to winning in season 1. He got his wish but had to agree to play the exact opposite kind of game he played the first time.

He was given a catfish profile of a beautiful woman who works as a blogger. Shubham knew this was a big setback, but he tried to make it work. Sasha was going to be a tech blogger since he worked in the field.

Tasia Lesley entered the game at the same time. She decided to play as a catfish to be the feminine Tamira to flirt with men. In real life, she has a girlfriend.

They both had to convince the cast to “follow” them in The Circle. That meant they had to make friends fast by chatting up everyone. In the end, Sam Carmona, Tom Houghton, Marvin Achi, and Chaz Lawery followed Tasia. “Bruno” and “Jennifer” followed Sasha. The twist revealed Shubham had to block either Bruno or Jennifer from the game. 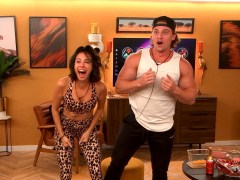 ‘The Circle’: Brett Asks if Shubham Really Is ‘This Great of a Person’ 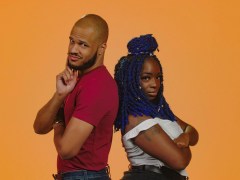 ‘The Circle’: Raven and Paris Ate ‘Struggle’ Meals While Living Together 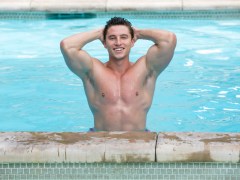 Usually, influencers get the power to block someone from The Circle. But season 5 changed that.

“I did want to make genuine connections,” Shubham told Parade. “And I really did try with Bruno. I felt like I did with my ‘TomTom,’ the U.K. connection. But you’re right. I think something happened.”

“When I lost to Tamira and found out I had to block someone, I just got into fight or flight mode,” he continued.  “And I knew these blockings were coming. So I tried to make genuine connections. I tried to play this game as hard as I could because it didn’t work. And I know it obviously didn’t help that I played too hard. But I would have rather gone out swinging. The worst thing for me is if I didn’t try and I lost. I would rather play too hard too fast and lose than not play hard and lose.”

Bruno gave Sasha loyalty, so why did he block him over the other players? He revealed why the Bruno connection fell short.

“But I talked with Tom, Jennifer, and Bruno that day,” the alum later revealed. “And Tom and I had that U.K. connection, and then Tom. And Jennifer actually liked my heart organ in the game. And then she chose me. We didn’t really talk, but I felt like this was a woman who was drawn to me. So I felt a genuine connection with both of them also.”

Shubham tried to continue to make allies after that. But he wasn’t able to get people on his side and was blocked. That does leave us to wonder if Shubham picked to keep Bruno instead, maybe he would’ve had a better outcome. It’s possible Bruno could’ve backed up Shubham’s revolution to overthrow the original players.