By the time The Beatles made their first movie, they had already conquered the music charts. A Hard Day’s Night is a mockumentary about John Lennon, Paul McCartney, Ringo Starr, and George Harrison’s fame as The Beatles. The 1964 film followed The Beatles’ appearance on The Ed Sullivan Show, so everyone internationally knew what they sounded like.

The Criterion Collection edition of A Hard Day’s Night includes several documentaries about the making of the film. In one of them, director Richard Lester explains how he stepped in to prevent the studio from replacing the famous voices of The Beatles.

Given The Beatles’ hectic music schedule, they only had so much time to film a movie. Lester filmed A Hard Day’s Night as fast as he could to get the band back on tour and recording new music. Beatles + movie was a package the studio couldn’t refuse. Cutting it close, the executive at United Artists, who were releasing the film, had second thoughts about The Beatles’ British accents.

“Out of kindness, because we only had a few days before we had it in the cinema, we showed it to the executives who flew in,” Lester said. “One of them did say, as you knew they would say, ‘It’s fine but we have to revoice the voices because nobody will understand them.’ That was absolute truth and most of them agreed with it.”

A Hard Day’s Night shows The Beatles ribbing their manager and flirting with fangirls in their distinct Liverpool brogues. They also perform original songs so it would have been especially odd if they’d spoken with different voices, then sang as The Beatles. Fortunately, Lester refused to let their voices be changed. 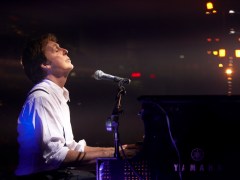 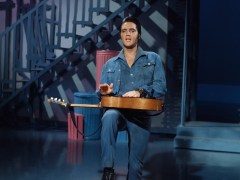 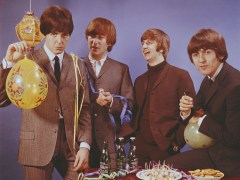 Ringo Starr: ‘There Was No Bigger Moment in My Life Than’ 1 Beatles Milestone

“And I threw a fit and so it didn’t happen,” Lester said.

The 1964 film predates many other examples of famous actors getting dubbed, although the most famous movie star in the world still isn’t as famous as The Beatles. But, it happened long after A Hard Day’s Night.

That goes to show you that executives wouldn’t stop questioning American audiences’ resistance to accents after A Hard Day’s Night. The Beatles themselves would continue to star in movies such as Help! and the animated Yellow Submarine where it was exclusively their voices accompanying the animation.