‘Survivor’ Season 36: This Player May Be 1 of the Worst of All Time

In the 18-year history of Survivor, there have been plenty of terrible players, including Francesca Hogi, who managed to get voted out first in two separate seasons. But in Season 36, a player has already emerged as one of the worst ever, as his time on the show was an absolute trainwreck.

He made crucial mistake after crucial mistake to the point that we actually felt bad for him, and his elimination was inevitable basically from the get-go. Here’s a look at the downfall of one of the worst Survivor players ever.

Jacob Derwin is introduced as a Survivor superfan 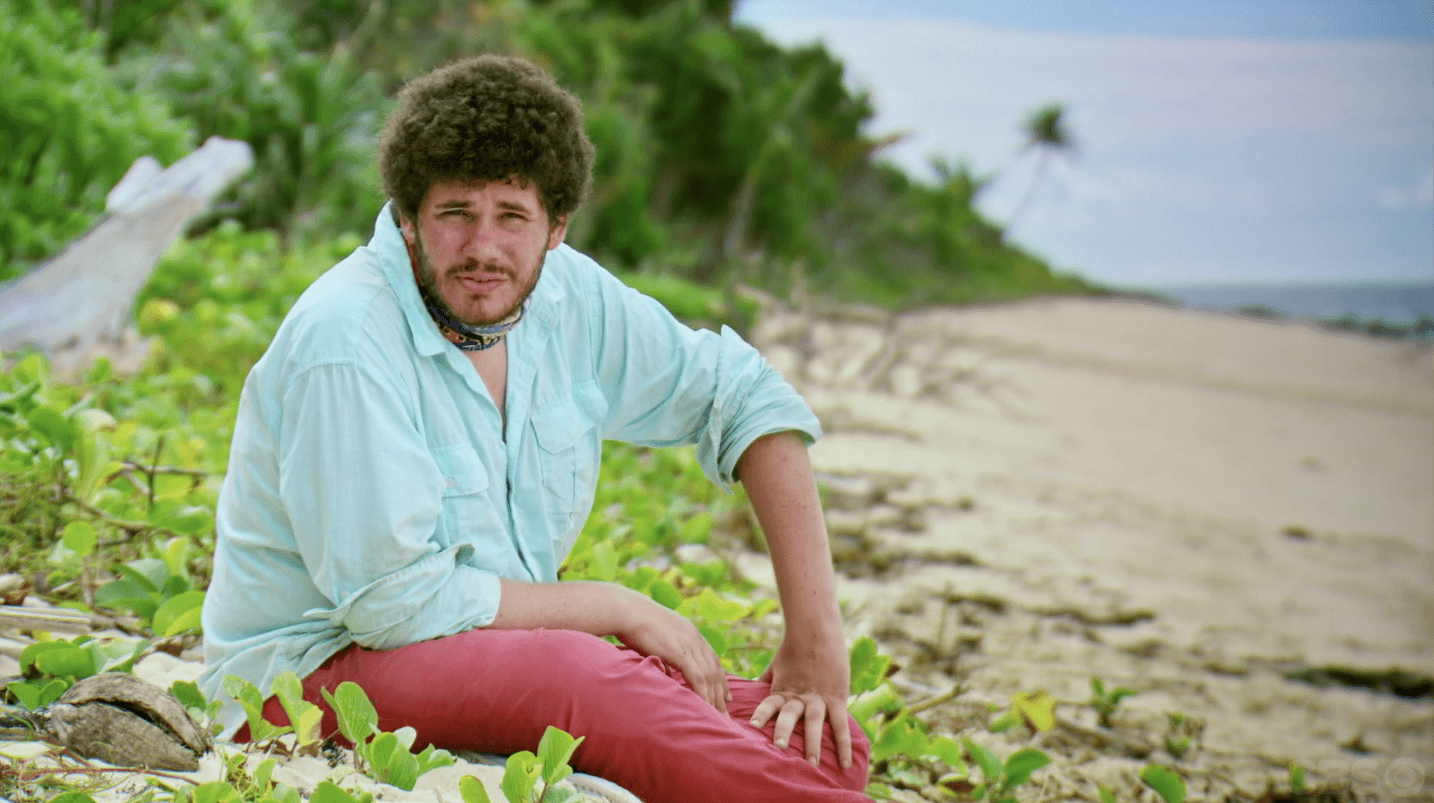 The contestant who became one of the worst in recent memory is 22-year-old Jacob Derwin. In pre-season promotional material, Jacob talked about being a superfan of the show. He said in an interview that he’s been dreaming of winning Survivor since he was a kid.

During the actual episode, this is something Jacob makes clear as well. But making it so well-known that he’s an obsessed fan would wind up contributing to his downfall. And despite being such a hardcore fan, his performance got off to a terrible start.

Next: One of the first things Jacob did was incredibly dumb. 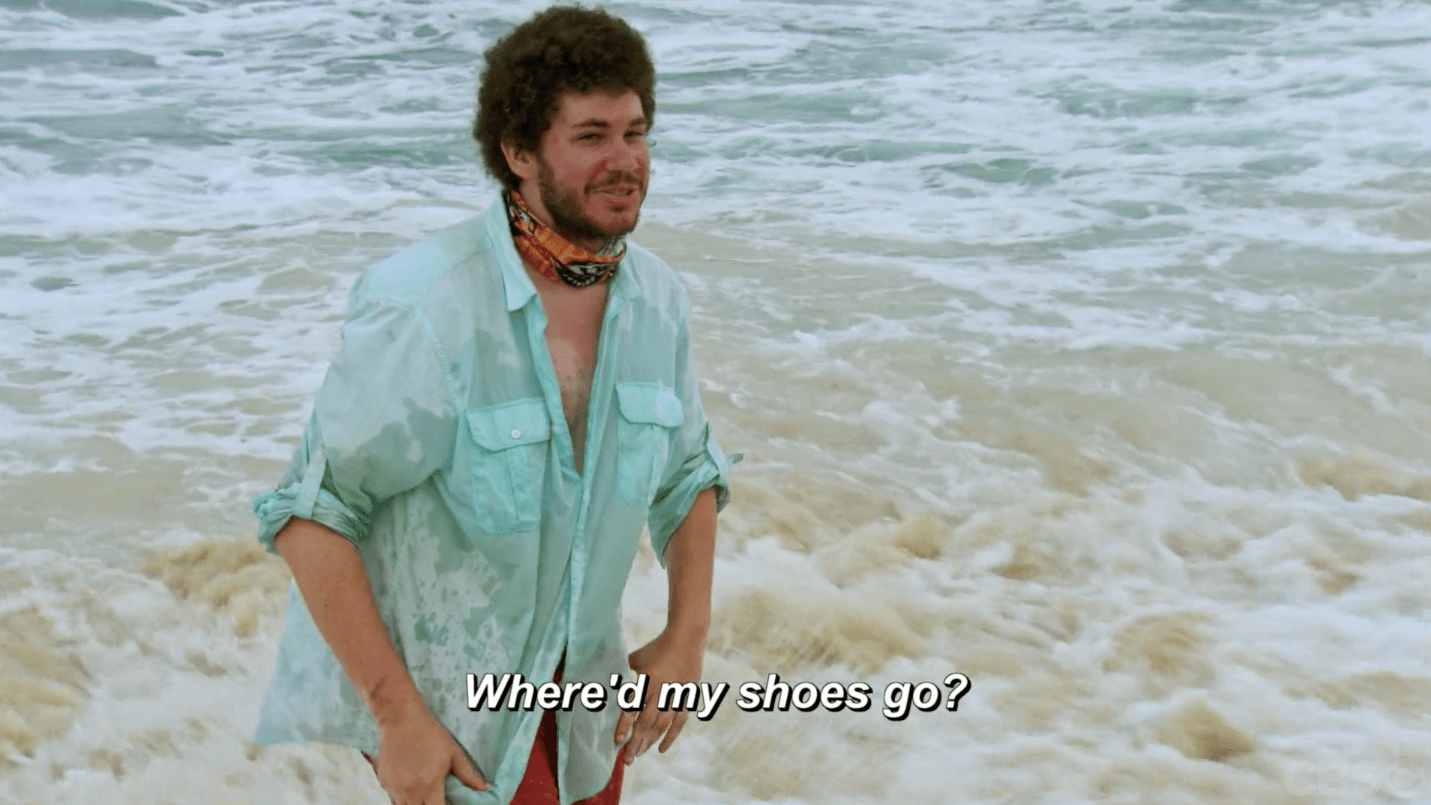 Jacob gets off to a bad start. | CBS

Right off the bat, it was clear that Jacob was going to run into some issues. After all, almost immediately after his tribe starts to settle in, he goes to the water and takes off his shoes, only for the ocean to take them away. The show smash cuts to Jacob walking back to his tribe barefoot and letting everyone know that he just lost his shoes.

While not exactly a strategic mistake, this was a comically poor note to start out on. “That was the first time since we got here that I felt stupid,” he then tells the camera. Don’t worry, Jacob. It won’t be the last.

Next: The first major mistake Jacob made. 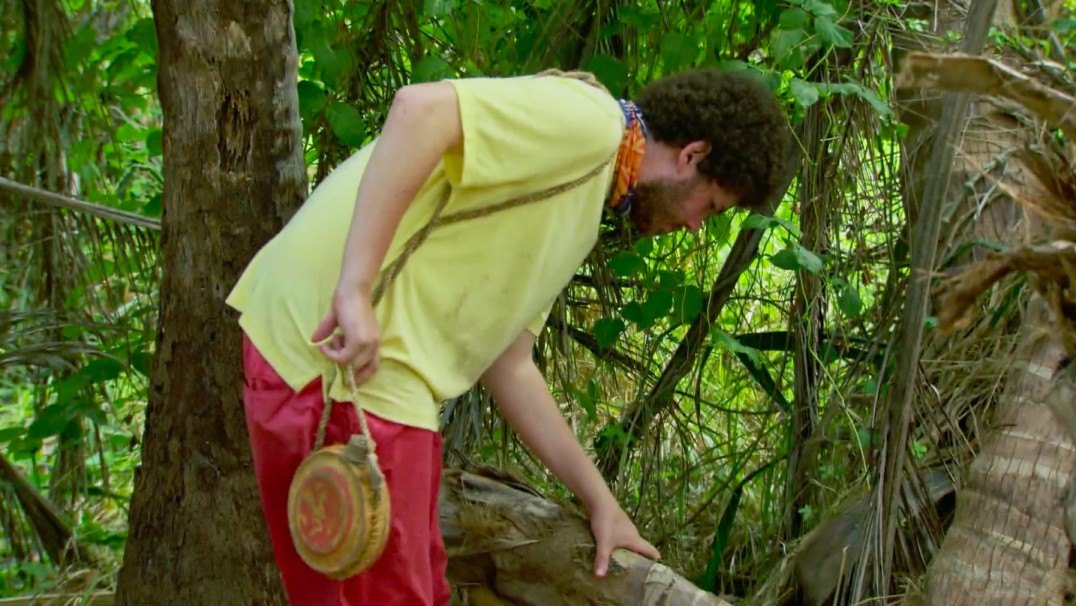 Jacob searches for an idol. | CBS

Obviously, everyone in the tribe wants to find a hidden immunity idol. But this is generally something you want to do discreetly. If everyone is made aware that you’re looking for an idol, this puts a target on your back.

Jacob seemingly did not care about that. Minutes after the shoe incident, he asks the rest of his tribe if they think there’s an idol somewhere around. They say yes, and immediately, Jacob says, “I’m gonna go exploring right now.” He then disappears, and the rest of the tribe talk among themselves, agreeing that they can’t trust Jacob and have to be careful of him.

This should have been the time when Jacob was taking things slowly, integrating himself into the group, and forming relationships. Instead, within minutes of arriving back at camp, Jacob has already lost his shoes and established himself as someone the rest of the tribe must keep an eye on. Not a good start, huh? But it gets way worse.

Next: Something else Jacob did that even he admitted was stupid. 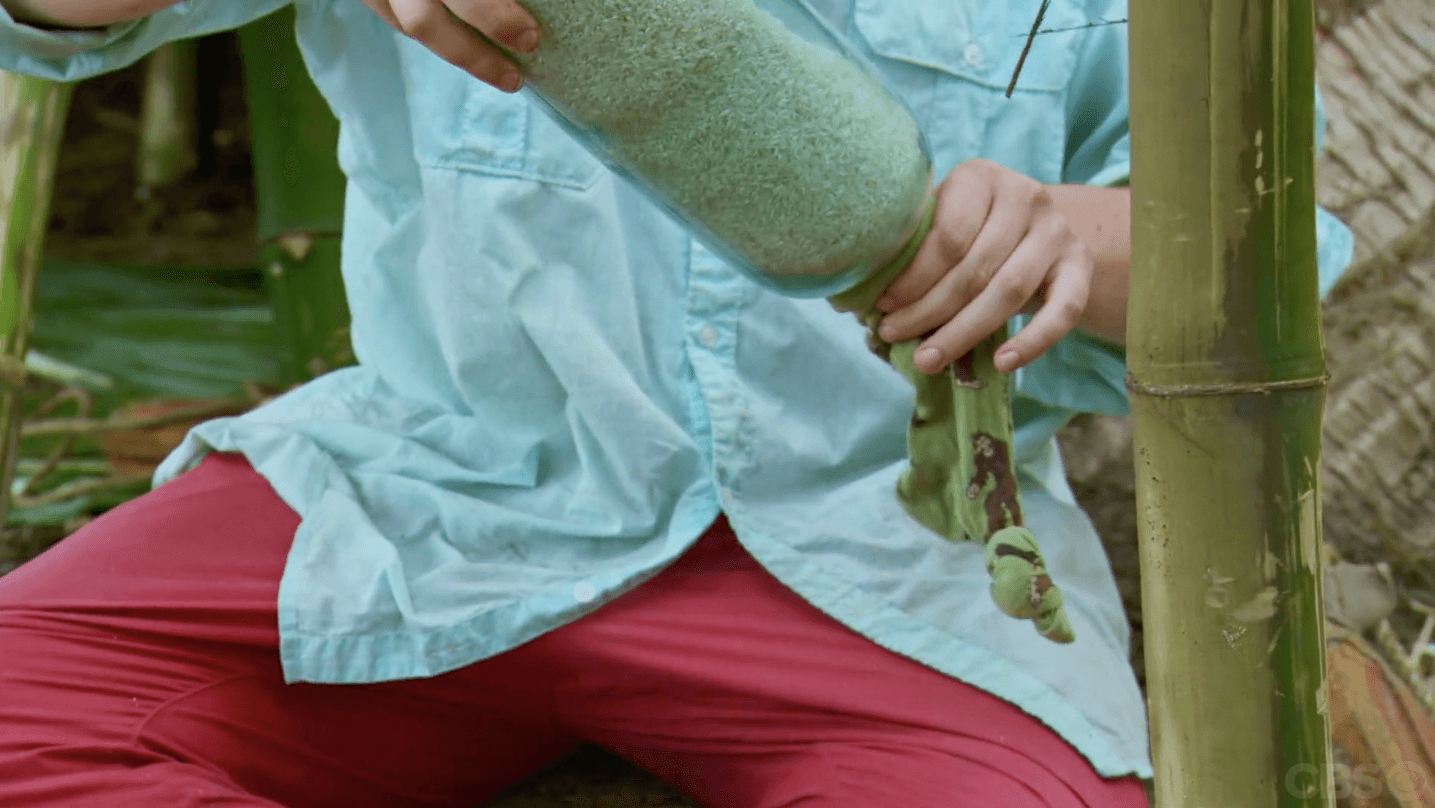 Jacob pours the rice into a sock. | CBS

So Jacob starts looking for an immunity idol away from everyone else. But then he starts searching at the main camp, too, and in the weirdest way. After everyone leaves and Jacob says he’s going to make a fire, he pours a bunch of the group’s rice into a dirty sock. He hopes to find an idol inside, but there’s nothing in there. Even if there were an idol, he probably could have figured that out by just shaking the rice around a bit more and not pouring it into a sock.

“That was stupid,” Jacob says. The camera soon cuts to Jacob holding an empty sock, so we can presume he just put all the dirty sock rice back in with the regular rice, and the contestants probably ate it later.

Next: Jacob should never have said this early on in the game.

He declares his team one of the greatest of all time, making everyone cringe 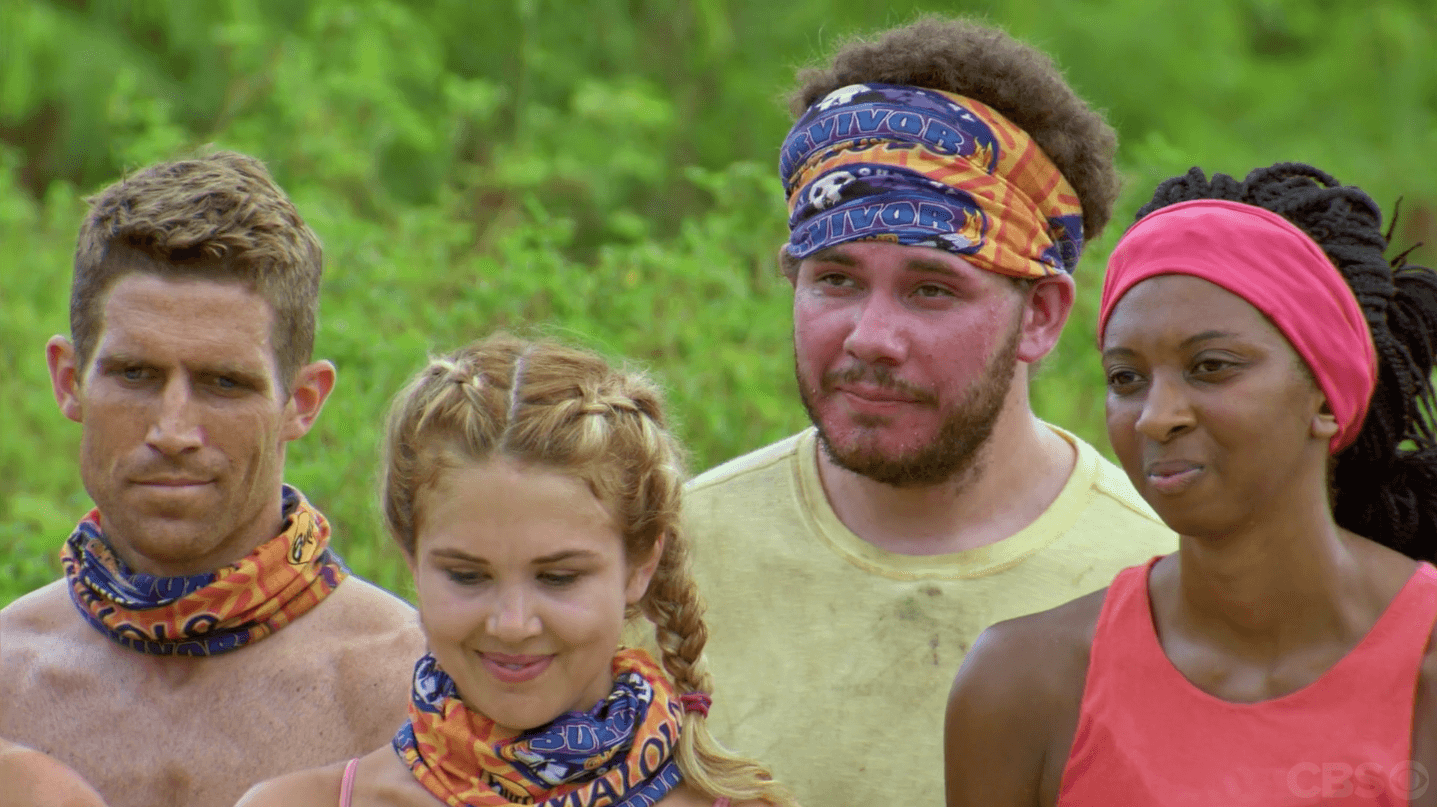 Jacob declares his tribe one of the greatest of all time. | CBS

Early on in Survivor, players often try not to stand out much. But this clearly was not Jacob’s strategy. A bit later in the show, after losing terribly to Naviti, Jacob inexplicably declares that Malolo is one of the best tribes of all time.

It’s one thing to exude confidence, but this is just an incredibly bizarre thing to say seeing as the game has just started, the contestants barely know one another yet, and Naviti has just lost a challenge.

Jacob’s comment is played as a Michael Scott-esque moment, with all of his teammates rolling their eyes at him. Already, he’s the suspicious guy who is also a bit annoying due to his arrogant statements.

Next: Jacob should not have said this, either. 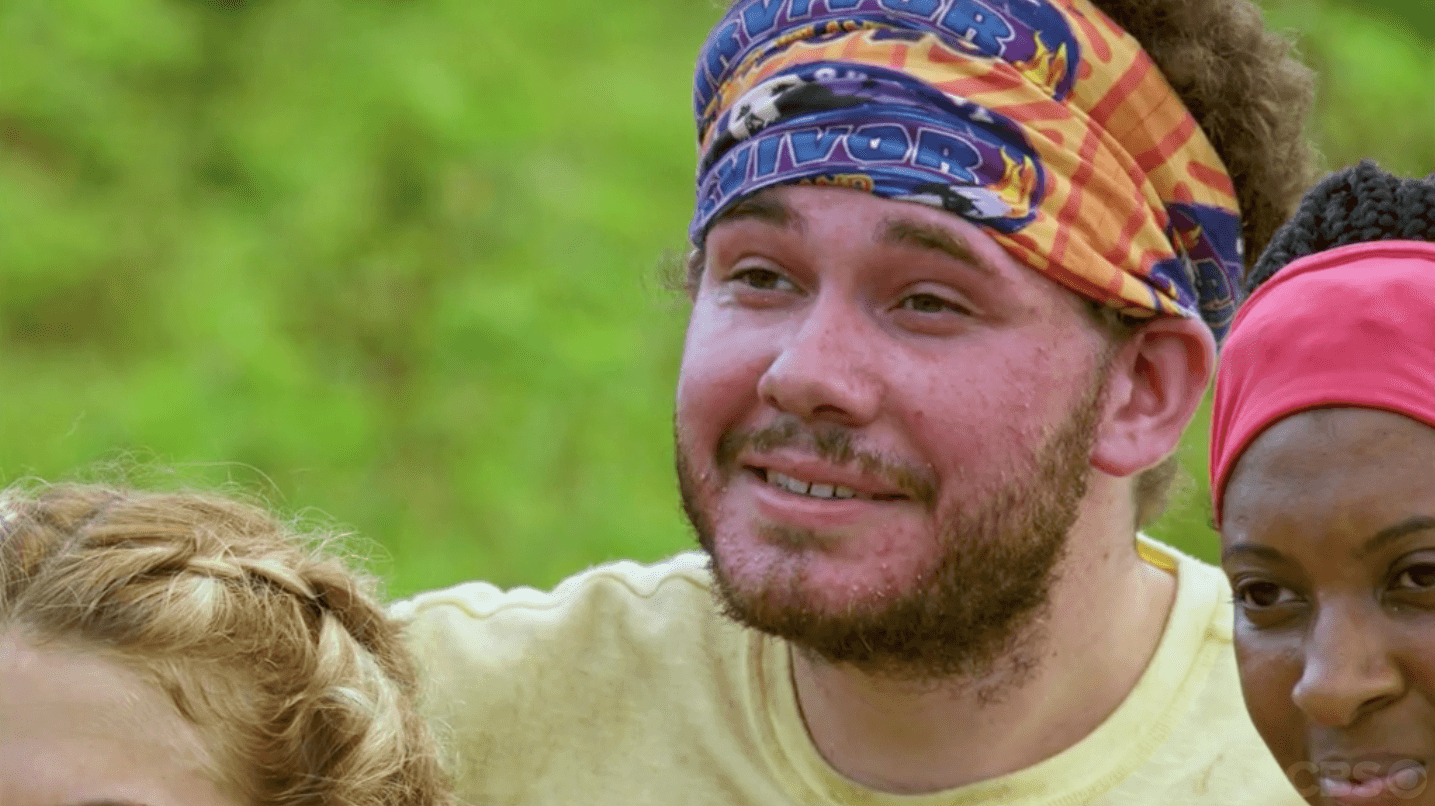 Jacob brags about his plan. | CBS

Right after Jacob’s statement about his tribe being one of the best of all time, the other tribe, Naviti, gets to choose which member of Malolo will be banished to Ghost Island. They pick Jacob, which makes sense, seeing as he would definitely be the contestant to stick out most due to the weird comments he just made.

But then Jacob dramatically reveals that this was all part of his plan. “It’s good when you talk big sometimes,” he says. “They fall into your trap.” He also acts like he’s way smarter than everyone else by saying that this is just the way his mind works.

We’re not totally convinced that Jacob planned this. But even if he did, it would probably be best for him to just keep it to himself. Bragging about having some brilliant master plan just makes him seem like someone who thinks he’s superior to everyone around him, and it reinforces the notion that he is untrustworthy.

Plus, he has now made everyone in Naviti hate him, which would create some issues down the line when the merge takes place.

Next: Jacob told one of the worst lies ever later in the episode. 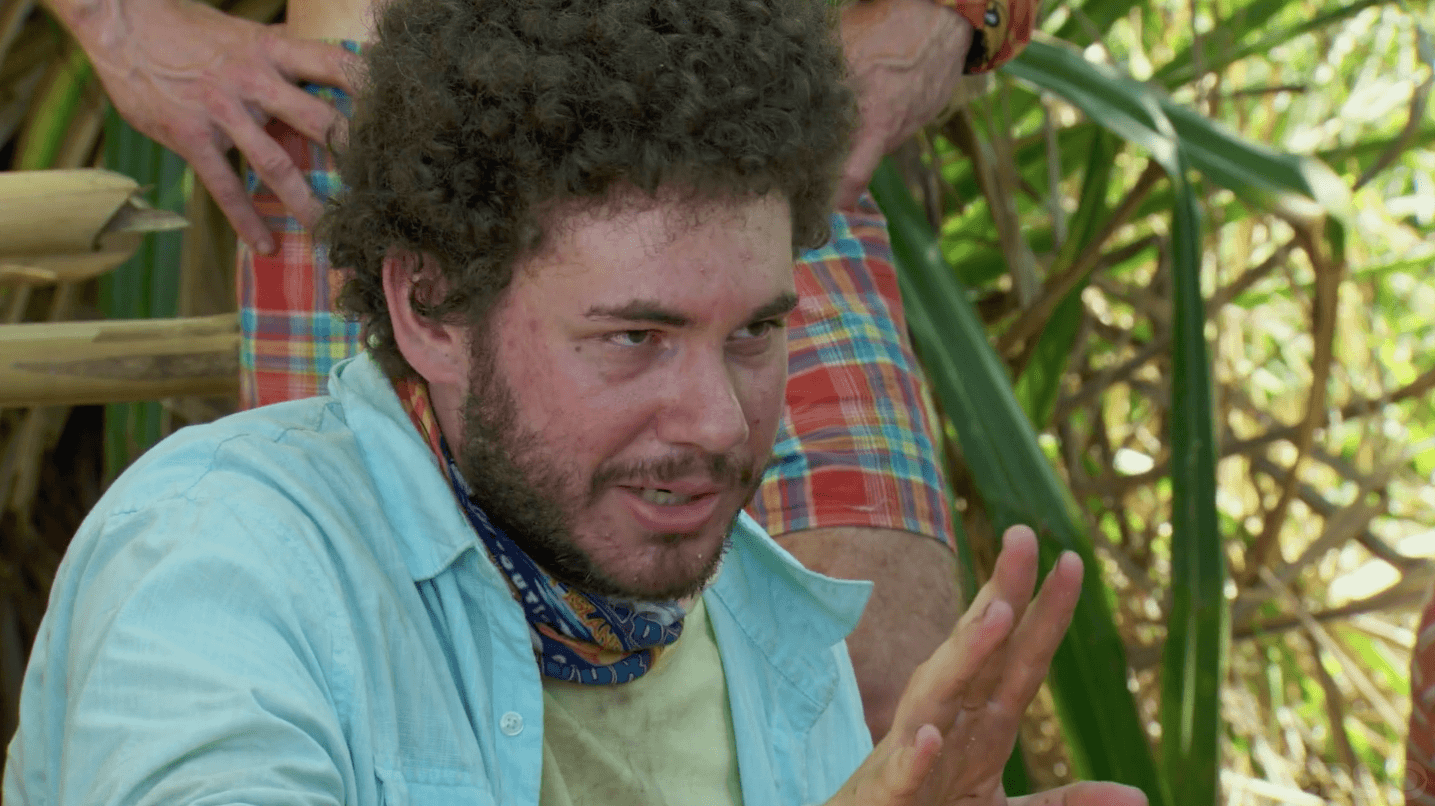 Jacob tries and fails to sell his lie. | CBS

When he goes to Ghost Island, all Jacob gets is a secret advantage that he can send to the other tribe. He doesn’t get anything that will help him at the next Tribal Council, where he’s in danger of being voted out. However, Jacob decides he’s going to lie and tell his tribe that he got an immunity idol. But despite bragging in an interview that he has some “damn good deception skills,” the lie couldn’t possibly go worse.

The fatal mistake comes when Jacob tells his teammates that the reason he doesn’t have a note proving that the idol is authentic is that he forgot the note back on Ghost Island. It’s completely preposterous to think that Jacob would just forget to bring the note, especially since he has established that he’s a diehard fan. Once Jacob is out of sight, almost every member of the tribe agrees that he’s lying, pointing to the fact that he supposedly “forgot” the note. Some deceptive skills, huh?

But Jacob apparently has so little self-awareness that he doesn’t even realize this went badly; he leaves the encounter thinking he nailed the lie.

Next: Jacob should never have trusted this person so easily.

He reveals his entire plan to the first person who asks 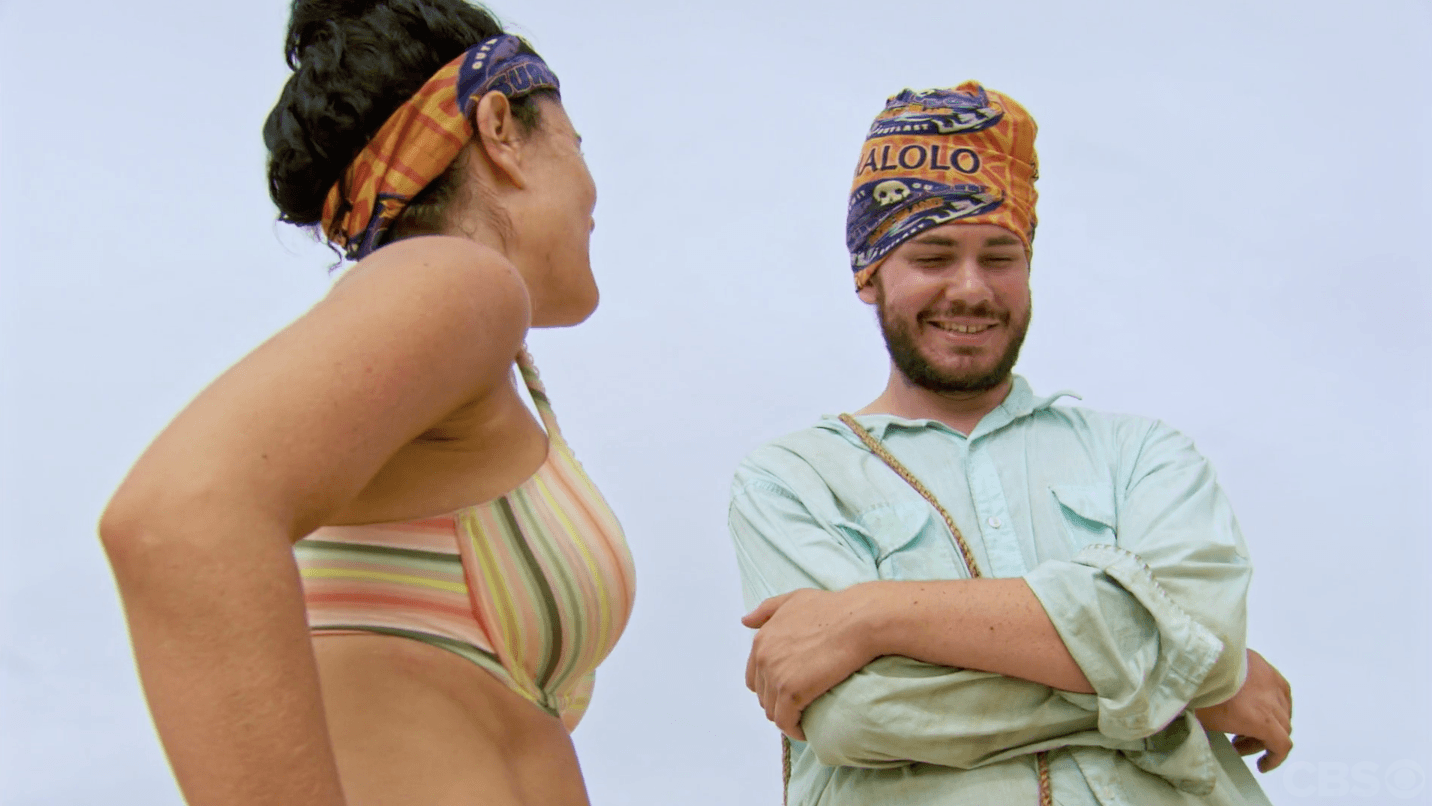 For supposedly being so strategic and thinking many steps ahead, it’s hilarious how quickly Jacob is willing to reveal his entire plan. Within minutes of Stephenie being a little flirtatious with him, he tells her that he doesn’t really have an idol.

Granted, Jacob did need allies, but at this point, it’s a little late, and he shouldn’t have been so quick to divulge his plan to a person who it seemed pretty obvious was just using him. Stephanie and Jenna do briefly discuss the idea of keeping Jacob around because they can manipulate him. But they ultimately begin to lean towards getting rid of him because he’s “just annoying.”

Now it becomes clear how important the social aspect of the game was, something Jacob completely neglected. Maybe if he hadn’t bragged about being the smartest guy in the world earlier and had made even one single friend, things could have gone differently.

Next: Jacob made one last mistake at the very end.

At Tribal Council, he acts incredibly arrogantly again and gets voted out 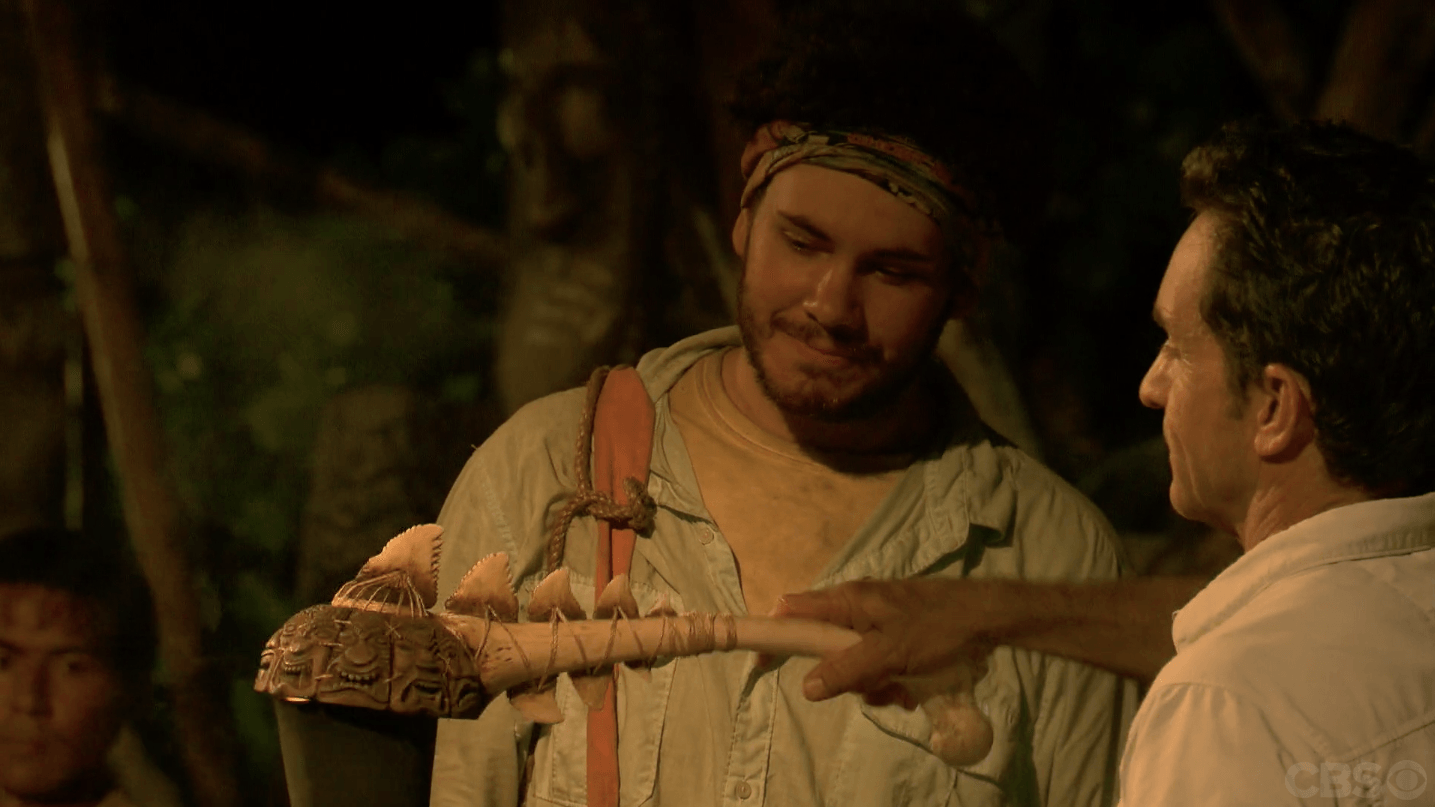 Jacob is voted out. | CBS

Tribal Council comes, and Jacob is still doubling down on everything that’s made the other contestants dislike him so far, arrogantly declaring that they’re one of the best tribes of all time. As he says that, other members of the tribe shake their heads.

The vote comes, and, of course, Jacob gets voted out. Somehow, he can’t believe it. But after Jacob isolated his entire tribe, made no real attempt to get along with them, acted superior, and told one of the worst lies of all time, it couldn’t have been more obvious how the episode was going to end.

Next: What Jacob has said since being voted out

He now says there was logic behind everything he did 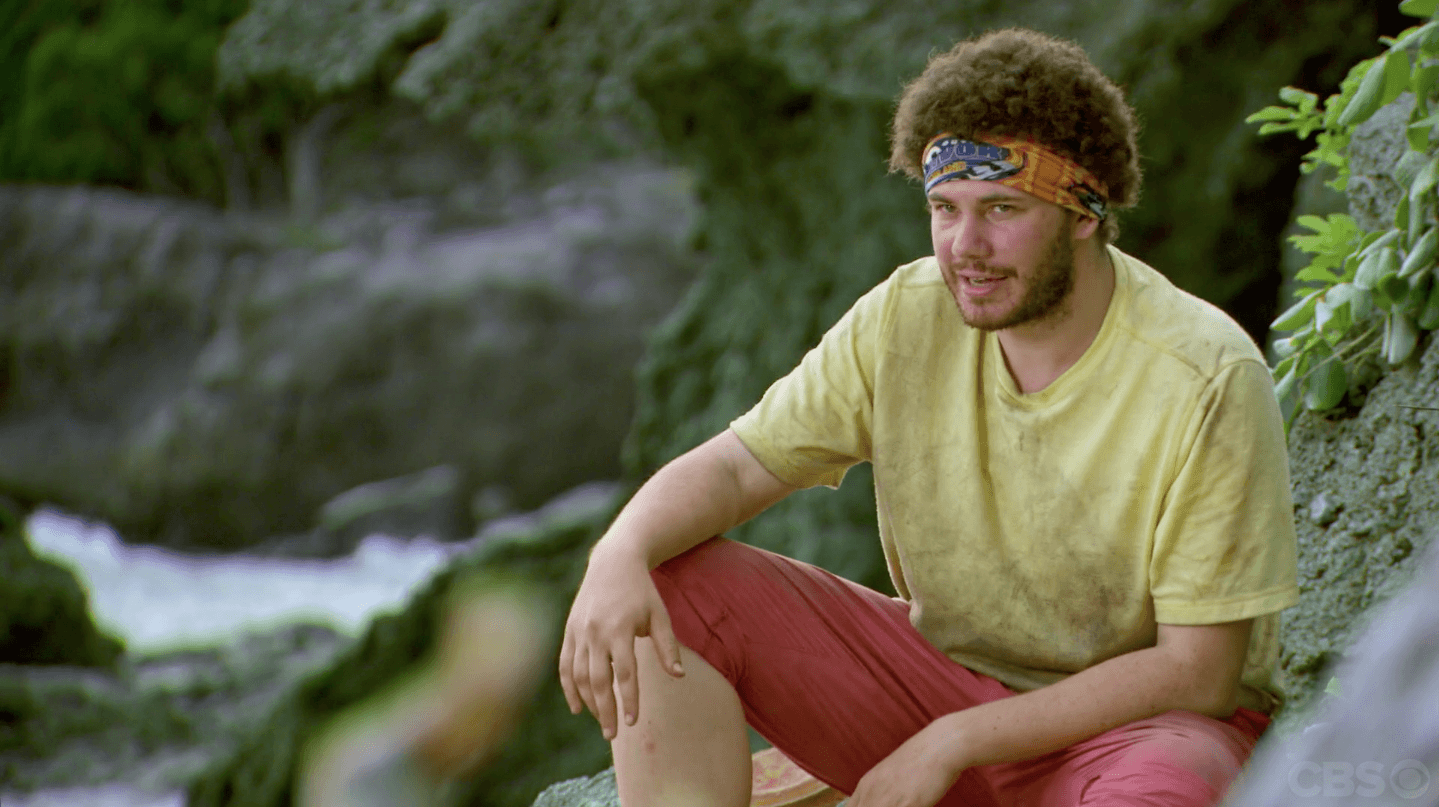 Jacob chatted with Entertainment Weekly after the Survivor premiere aired, and the first question the reporter asked him was, “What the heck happened out there, man?”

He claimed that there was “reasoning and logic behind everything I did, I promise, but I can definitely see it being a little crazy-looking.” Jacob did admit that his lie about the immunity idol “wasn’t a strong enough bluff,” though.

He also said that he was trying to get Naviti to hate him so that they’ll keep sending him to Ghost Island. Maybe that made sense in his head, but he ended up just making everyone in both tribes hate him, and the result was one of the weakest Survivor games we’ve seen in years.