The Beatles played their last concert together in 1969 on the rooftop of Apple Corps music headquarters. They had already stopped touring in 1966 so this one last hurrah was a major event. They originally had much bigger plans for the show, but simplified it to the rooftop show according to Ringo Starr.

Starr was a guest on the Broken Record with Rick Rubin podcast on Sept. 21, 2021 to discuss his pandemic EP, Zoom In. The Beatles: Get Back was about to come out that December. So Starr also reflected on the rooftop concert that concludes that miniseries.

The Beatles rooftop concert was to perform the songs on their Let It Be album. Those were the sessions depicted in the original Let It Be documentary and the restored Get Back. Starr remembers Let It Be director Michael Lindsay-Hogg’s original grand ideas.

“With the roof show, we had gone through that let’s do it in Alaska, let’s do it on Mt. Everest,” Starr said on Broken Record. “Michael Lindsay-Hogg was pushing for this Roman dome drone thing in somewhere, God knows where. Anyway, we said ah, I think it was Paul, ‘Let’s do it on the roof.’ Okay, we’re playing live. It all happened after the big discussion, big big big big, well, let’s just do this.”

Starr compared The Beatles rooftop concert to another monumental Beatles moment. The iconic cover of Abbey Road was also originally designed to be much bigger. There too, Paul McCartney squashed elaborate plans with something simple, and it remains iconic today.

McCartney was proven right and Starr recognizes that sometimes keeping it simpler is better. 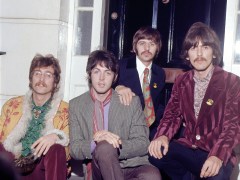 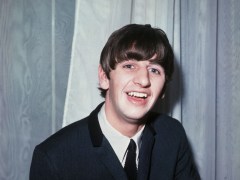 ‘The Beatles’: Ringo Starr Would Only Room With 1 Bandmate on Tour 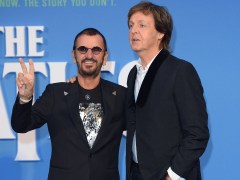 The Beatles Song That Was ‘Hard on Ringo’ to Record, According to Paul McCartney

“I mention Abbey Road because that’s so iconic and it’s just four boys walking across a zebra crossing for Christ’s sake,” Starr said. “People are still doing it today. They’re flying in from all over the world to stand and stop the traffic. The joy is we made some great music and I’m part of it and I love that. And it’s still happening today.”

“The livest we got was on the roof,” Starr said. “Even then, I was laughing with Paul the other day. The conversation’s going on, I’m not in the shot. He says, ‘Who wants to play live?’ And you hear me going, ‘I do.’”