The Most Bizarre Royals Throughout History

There are some notorious nutty people throughout the history of the world. Heck, some of them were even rulers. Some of them had a few eccentricities, while others were too ruthless to rule. Here are the most bizarre royals throughout history. (The “royal” on page 15 was alive only a couple centuries ago!)

Meet “Charles the Mad” — just one of a couple characters on our list to be branded with such a nickname. Charles IV exhibited paranoid and delusional behavior even before his reign, including periods when he became convinced his body was made of glass and he could shatter at any moment. (The royal on page 9 suffered from a similar delusion.) It’s later been speculated these were signs Charles suffered from schizophrenia.

Next: One of the most eccentric rulers ever known …

Despite instituting some good political reform, the Roman emperor is mostly known for being crazed and homicidal. He murdered members of his family who threatened his power, including his mother and his wives. Nero was married to multiple people at a time, including a slave boy who Nero forced to dress as a woman because he resembled Nero’s second wife (who he had also killed.) Nero also added singing and poetry to the Olympic Games just so he could compete.

Next: Speaking of the arts …

You can’t have a list of eccentric royals without talking about this guy. Ludwig II escaped his troubled childhood by consuming art and music — a habit which he couldn’t kick when he took over as ruler at the age of 18. Instead of worry about politics and military, Ludwig spent a fortune on having beautiful castles built and having plays and operas performed just for him. His contemporaries removed him from power on account of him being insane, and he was found floating dead in a river just a few days later.

Next: Another madman … well, not a man, though …

4. Queen Juana I of Spain

In all fairness, calling the queen “Joan the Mad” may have had less to do with her mental state and more to do with her unfaithful husband. Philip of Burgundy was such an obvious skirt-chaser that Juana began only inviting older unattractive women to their court and was consulting with sorcerers to put love spells on Philip. While it was likely her husband that drove her mad, Juana was still sat with and caressed his corpse after he died.

Next: You’ve likely heard of the next royal on our list …

Portrait of Vlad III, aka Vlad the Impaler | Photos.com/ Getty Images Plus

Vlad was a whole other form of eccentric — the violent kind. He had a penchant not just for murdering anyone he found to be a threat, but spearing them like gruesome trophies afterward, therefore earning him the nickname Vlad the Impaler. After a victory over the Ottomans, Vlad ordered the 200,000 victims be impaled on wooden stakes outside the village for the incoming Ottoman army to see.

Next: Speaking of the Ottomans …

6. Sultan Ibrahim I of the Ottoman Empire 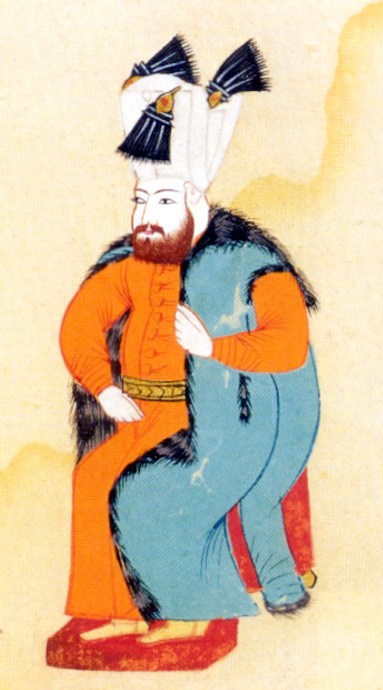 A portrait of Sultan Ibrahim I | Wikimedia Commons

Ibrahim I — who also garnered the “Mad” nickname during his reign — is believed to have had a number of mental health issues. Being locked in a windowless room for much of his childhood probably didn’t help. Ibrahim’s behavior was erratic and unhinged, resulting in people being tortured and killed at will and peoples’ houses being looted so he could have whatever wears he wanted. He also had a large harem of obese concubines, who were also not safe from his violent tirades.

Next: And speaking of the violent type …

Ivan IV is said to have had malicious tendencies from a very young age, having spent his free time as a young boy torturing and killing small animals. As the first and most infamous tsar of Russia, Ivan faced constant threats from usurpers and killed anyone in his wake. Ivan allegedly fell into depression after his wife’s death, and the grief is what drove him on his two-decade reign of terror.

Next: Some men just never grow up …

Catherine the Great’s husband was a far cry from her — a reported child trapped in a man’s body. He was obsessed with his toy soldiers, to the point historians don’t think he and Catherine ever consummated their marriage. Catherine wrote in her memoirs that after a rat bit off the head of one of Peter’s soldiers, he held a proper military court martial for it before hanging it from a tiny gallows “for treason”.

Next: This royal suffered from ailments not unheard of today … 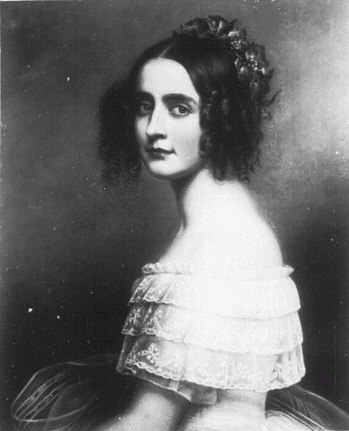 Princess Alexandra Amalie may not have been labeled as “mad”. But she was certainly labeled as an eccentric. In addition to suffering from “glass delusion” like King Charles VI, Amalie is believed to have suffered from obsessive-compulsive disorder. She had an obsession with cleanliness and refused to wear anything but white so she could readily see dirt and stains.

Next: We’ve heard of liking your pets, but this royal took it too far …

For a guy who was only in power for four years, Caligula certainly made his mark as one of the most bizarre rulers in history. He was a psychotic with a fascination in finding new ways to torture and kill most of the people around him, but mostly he’s known for brutal sexual exploits which included bestiality. It’s no wonder Roman guards stabbed him to death in order to end his horrific reign.

Next: A slow spiral into insanity …

By the time George IV took the throne from his father, he was buried by the debt he’d accumulated while being Prince Regent and was illegally married to a Catholic woman. He formally married his cousin, Caroline, but the two hated each other so much George went to great lengths to keep her from being crowned queen. As his health began to deteriorate, he became obsessed studying the wars against Napoleon he convinced himself he’d fought in them as well.

Next: Being a royal wasn’t enough for this ruler …

Qin Shi Huang is considered the first emperor of China. But he’s also considered to have been a bit of a nutcase. Huang was obsessed with the idea of immortality and was convinced he could prolong his own life. He regularly drank potions claiming to make him live longer, but it’s believed these elixirs contained high levels of mercury which eventually killed him. Huang’s tomb, which is filled with terracotta replicates of his army and entourage, was undisturbed for many years because of a moat of mercury surrounding it.

Next: Another obsessive royal who met a 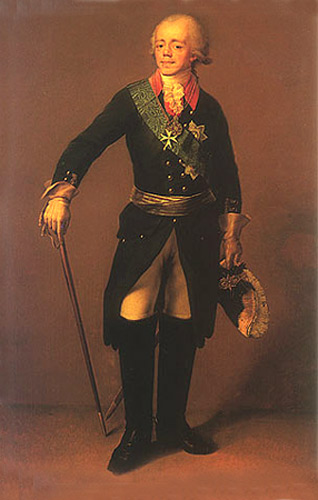 Like many other members of the Romanov clan, Paul I was an eccentric character with an erratic personality. He was obsessed with the uniforms his royal guards wore, and anyone whose uniform wasn’t in perfect condition was subject to flogging. He also threw unnecessary military parades just because he felt like it. Paul was murdered in a gruesome fashion with his eight-year-old son downstairs.

Next: Even royals can’t always get the best treatment … 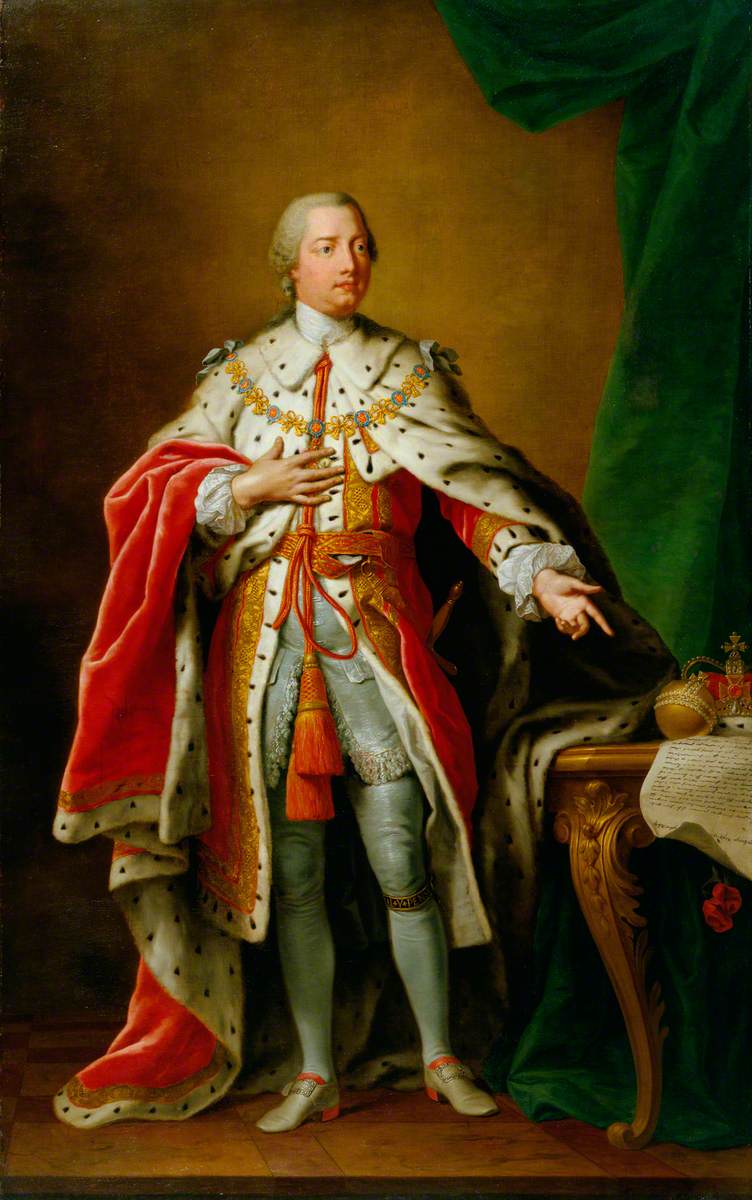 George III is believed to have suffered from various mental ailments brought on by a hereditary disorder called porphyria. But since medicine was nowhere near as advanced as it is today, his physicians never found the proper treatment for him. Late in his reign, he would have such severe episodes of ranting and raving that his staff would have to gag him and put him in a straight jacket. 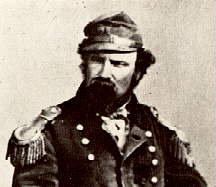 Unlike all the other royals on this list, Emperor Norton wasn’t really a royal at all. Joshua Norton was a British national living in San Francisco, California in the mid-19th century who began developing delusions of grandeur upon losing his fortune and becoming homeless. Norton declared himself the “Emperor of the United States” and despite being completely looney, the locals and newspapers liked him enough to let him live out his big fantasy. Norton died in 1880 but his memory lives on in San Francisco lore. (There are even establishments in the city named after him.)