These Are the Real Housewives Who Got Divorced During the Show

Gina Kirschenheiter from The Real Housewives of Orange County announced she and her husband are divorcing during her first season as a cast member on the show, according to Bravo’s Daily Dish. Kirschenheiter joins the ranks of cast members who either divorced while on or after appearing on the show.

The American Psychological Association reports that the national divorce rate is about 40% to 50%, which puts the number of divorces on the show on par with the national average. With the exception of the Real Housewives of Dallas, every franchise city has a decent number of splits.

The Real Housewives of New Jersey

Danielle Staub married Marty Caffrey in May of 2018 during season nine, according to US Weekly. However, it was splitsville four months later as Staub was served with divorce papers in September.

Dina Manzo was another casualty during the show after she and her husband Tommy divorced in 2016. Manzo has since gotten engaged.

The Real Housewives of Orange County

Kirschenheiter is the most recent RHOC to announce her divorce, however, there seems to be a mass exodus within this specific franchise. Since last season, Shannon and David Beador and Kelly and Michael Dodd split.

Others who either divorced while on the show or after include Vicki and Don Gunvalson, Tamra Judge and Simon Barney, Alexis and Jim Bellino, Jenna and Matt Keough, and Lynne and Frank Curtin.

The Real Housewives of Beverly Hills

During season one, Camille Grammar’s marriage to actor Kelsey fell apart. The pair split when the show ended. While part of Adrienne and Paul Maloof’s brand was biting banter, it eventually broke up their 10-year marriage, according to US Weekly.

Yolanda Hadid bravely battled Lyme disease on the show, but her marriage to David Foster didn’t make it. Taylor Armstrong filed for divorce from her husband Russel, however, he ended up taking his own life shortly after she filed. After only appearing in one season of RHOBH, Carlton Gebbia’ s husband, David filed for divorce three years after being on the show.

The Real Housewives of Potomac 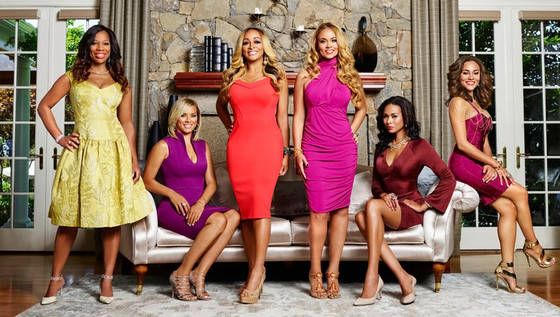 The Real Housewives of Potomac | Bravo

Charrisse and Eddie Jordan split during season two. Ashley Darby separated from husband Michael but the couple seems to be trying to work out their differences. Although trouble was brewing for Karen Huger and husband Ray’s marriage, the couple is still together. 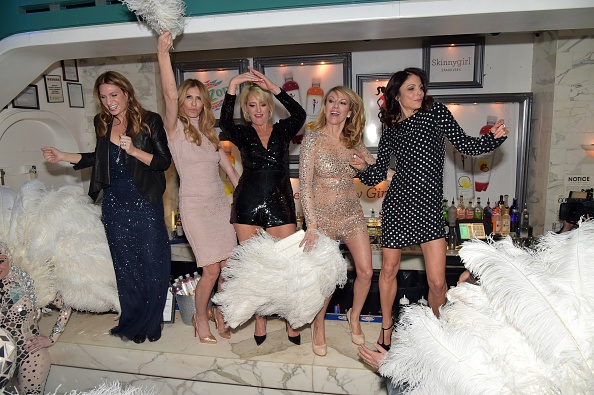 LuAnne de Lesseps divorced her first husband, Count Alex de Lesseps while on the show. She then got engaged to Tom D’Agostino, but the couple divorced after seven months. Bethenny Frankel married Jason Hoppy and had a baby while on the show, even appearing in the spinoff series, “Bethenny Getting Married?” However, Hoppy and Frankel divorced and are amid a contentious custody battle.

Ramona and Mario Singer ended their 20-plus years of marriage and Jules and Michael Wainstein called it quits too.

The Real Housewives of Miami

The now-defunct show had a decent number of divorces. Both Marysol Patton and Joanna Krupa married while on the show and today are divorced. Also, Larsa Pippen, married to basketball player Scottie Pippen, appeared on one season of the show. The couple was ready to sign divorce papers but have since called off the split, according to TMZ.

The Real Housewives of Atlanta

Kenya Moore on The Real Housewives of Atlanta | Bravo

Breakout star Nene Leaks divorced and remarried husband Gregg, which was documented in the spinoff, “I Dream of NeNe: The Wedding.” After five years of marriage, Phaedra Parks and Apollo Nida called it quits and Cynthia Bailey wed Peter Thomas, which ended in divorce.

Porsha Williams and former football player Kordell Stewart also divorced. Lisa Wu’s marriage to Ed Hartwell ended after being on the show. Although Deshawn Snow only appeared in one season, her marriage ended to Eric after 12 years.

The Real Housewives of D.C.