These Are the Richest Reality TV Stars in America

Appearing on a reality television series can result in some big bucks. Depending on the show, an appearance can lead to other high-profile gigs. Former reality TV contestants have gone on to start businesses, pursue acting careers, and make a significant income from speaking and hosting engagements.

Here are some of the richest reality TV stars in America.

Next: This teen mom is doing quite well for herself.

Farrah Abraham is one of the richest of all the stars who have appeared on Teen Mom. The Squander estimates she has a net worth of $3 to $6 million. She began building her wealth from appearances on the shows Teen Mom, Couples Therapy, and Single AF. She also earns $12,000 for each adult video she posts to CamSoda. However, her participation in adult entertainment resulted in the termination of her MTV partnership.

Next: This couple needs every dollar they make to support their large family.

One of the ways Jim Bob and Michelle Duggar make money is by giving speeches and holding seminars. According to The Celebrity Speakers Bureau the fee range for Jim Bob and Michelle is from $10,000 to $20,000, reports Fox News. This is down from $25,000 in 2015, during the show’s last year on the air. One of the couple’s recent speaking engagements was a seminar for Christian grandparents, which was part of The Heart of Grandparenting Conference.

Next: Despite family wealth, she chose to start a business.

Golnesa “GG” Gharachedaghi is best known for her appearance on Bravo’s Shahs of Sunset. This reality show features the lives of wealthy Iranian-Americans. Gharachedaghi was raised in a wealthy family. Her father, Mahmoud Gharachedaghi, is an architect and one of the principal executives at GA Architects and Planning, reports Celebrity Net Worth.

Although money wasn’t an issue for Gharachedaghi, she added to her wealth through entrepreneurship. She and her sister Leila Gharache released a hair extension line called a line GG’s Extensions.

Next: She’s one of the most recognized housewives.

NeNe Leakes’ claim to fame was her appearance on Real Housewives of Atlanta. Her appearances on the show resulted in a very nice payday. Leakes reportedly earns $1 million per season. In 2014, Leakes launched the Nene Leakes Collection for the Home Shopping Network.

Leakes also earns money from acting. She played Rocky Rhoades on NBC’s The New Normal. In addition, she appeared on The Celebrity Apprentice and Dancing with the Stars. In 2014, she made her Broadway debut in Rodgers & Hammerstein’s Cinderella.

Next: She’s a member of one of the most famous reality TV families.

Kendall Jenner built her wealth through a successful modeling career. In 2017, Forbes reported she was the highest paid model in the world, beating out supermodel Gisele Bundchen. Deals with Estée Lauder, La Perla, Adidas, and more led to $22 million in earnings that year. In 2015, Kendall earned roughly $10 million from Keeping Up with the Kardashians.

Next: His career took off after appearing on this show.

in 2012, Jersey Shore’s Paul “Pauly D” DelVecchio landed the No. 7 spot on Forbes’ list of highest-earning DJs, raking in $11 million that year. DelVecchio also earned money as the DJ for Moon, Rain, and the Palms Pool at the Palms Casino Resort in Las Vegas, Nevada. In addition, he makes money from his clothing line, Dirty Couture, and his line of tanning lotion, Pauly D Bronze Beats. He became the first cast member to get his own spin-off show, The Pauly D Project.

Next: She’s not only a reality TV star, but also executive produces her show.

Shaunie O’Neal is the former wife of basketball player Shaquille O’Neal. Part of her wealth is from that marriage as well as from entrepreneurship. O’Neal made a name for herself when she became the executive producer and one of the stars of VH1’s Basketball Wives. The popular show stars celebrities such as Tami Roman (from MTV’s Real World), Evelyn Lozada, and Jackie Christie.

Next: Not many people can keep up with her family.

Next: She has made a name for herself as an entrepreneur.

Next: She’s on track to earn more than her family members.

Kylie Jenner makes much of her earnings from her company Kylie Cosmetics. Her lip kits, which go for $29, sold out within less than 10 minutes of going on sale, reports Elle. Money Nation estimates Kylie made $8.7 million from her branded merchandise. Kylie Cosmetics is projected to be worth $1 billion by 2022, according to Women’s Wear Daily.

Next: She runs the show. 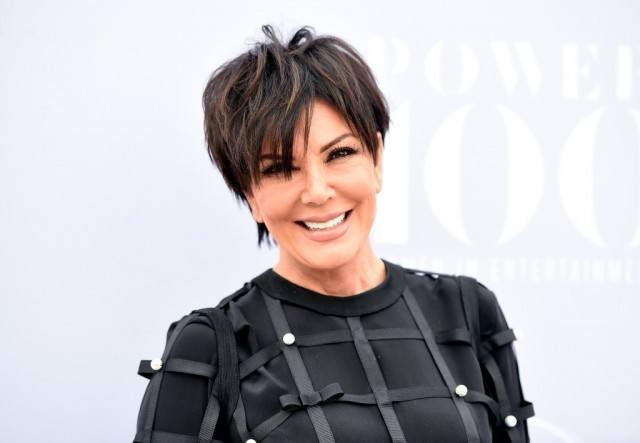 Next: He has a famous name.

Andrew Firestone is the heir to the Firestone fortune. His great-grandfather is Harvey Firestone, founder of Firestone Tire and Rubber Company. Andrew appeared in season three of The Bachelor. He proposed to contestant Jen Schefft during the final rose ceremony. The couple never made it down the aisle, and they broke up a few months later. As of this writing, Firestone is married to actress Ivana Bozilović. The couple has three children together.

Next: She has several Los Angeles restaurants.

Some of Kim Kardashian’s earnings are from Keeping Up with the Kardashians. Kardashian earns roughly $15 million from the show, according to the U.K.’s Mirror. In addition, she reportedly receives a $5 million bonus each time her husband, Kanye West, makes an appearance on the show. Kardashian also has a beauty line, clothing line, mobile app, and mobile game. Forbes reports her mobile game, “Kim Kardashian: Hollywood,” generated $71.8 million in revenue in 2015.