At the start of 2019, the cast of The Sopranos came together to celebrate a milestone for the show. It had been 20 years since the mob series debuted on HBO. Over those two decades, the show — and its brilliant star turn by James Gandolfini — have only gained esteem among critics and fans.

While some will argue The Wire is better, anyone can make a strong case for The Sopranos being the greatest TV series of all time. That’s why fans have never been able to let go. Fortunately for them, there’s another thing to celebrate this year: A Sopranos film prequel will begin shooting in April.

It will be called The Many Saints of Newark and David Chase (the HBO show’s creator) is producing and writing the script. As the cast of the prequel assembles and fans gear up for the movie sometime in the next year (by 2020), it’s a perfect time to take in the original series.

Here’s how Amazon Prime members can watch the entire show anytime you like for free.

‘The Sopranos’ is free for Prime members to stream in its entirety. 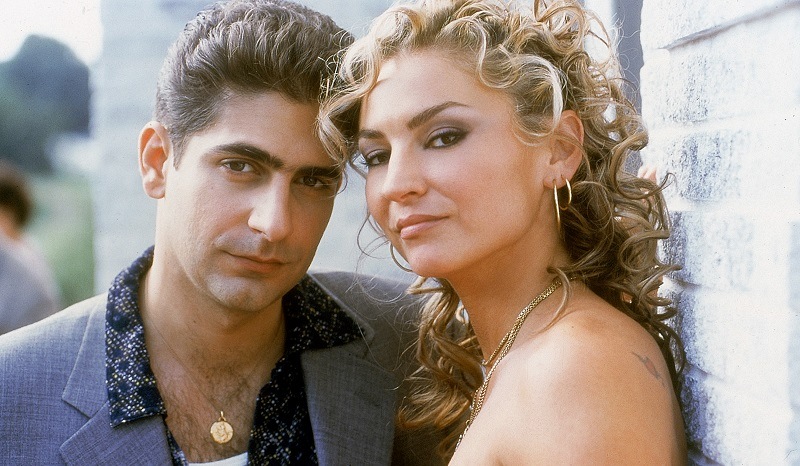 While Prime members can only watch the opening seasons of some great HBO shows (including Veep), you can screen the entire Sopranos series in full (and for no additional charge) on Amazon’s platform. Altogether, that means 86 episodes with run times between 50-60 minutes per show.

In other words, it will take you the better part of four months to take in the full series with a dedicated viewing schedule. If you pretended you were watching HBO 20 years ago and screened one episode per week, you would spend close to two years until you reached the final episode.

Since The Many Saints of Newark will arrive in theaters before then, we’d suggest screening at least two episodes per week along with the occasional binge to keep your focus. But no matter what schedule you choose, Amazon Prime members don’t pay a penny extra for these 80-odd hours of spellbinding TV (at least for now).

HBO subscribers can also screen the entire series at your leisure. 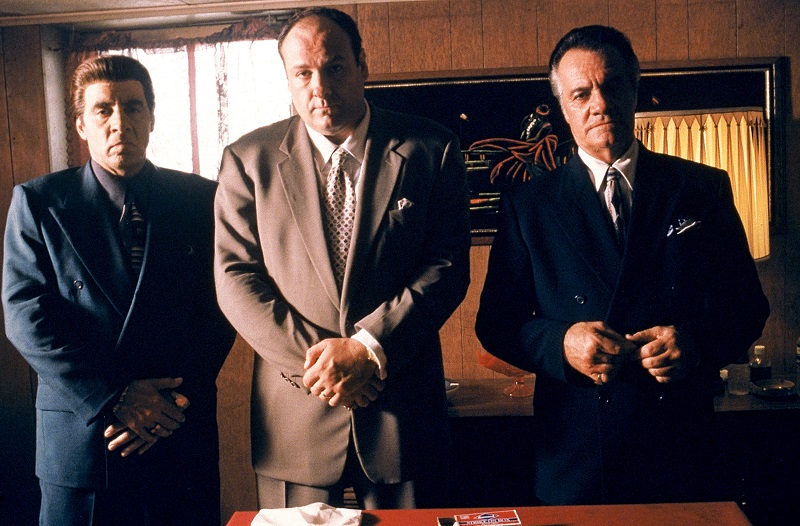 The Sopranos | HBO via Getty Images

Of course, Prime isn’t the only way to watch The Sopranos in its entirety. Unless something very strange happens, HBO subscribers can always view the full six seasons at their leisure. That means starting with boss Tony (Gandolfini) and his chat with psychiatrist Dr. Melfi (Lorraine Bracco) in Season One and running it all the way to the ending Chase is still defending to critics and fans 12 years after the show went off the air.

But thinking of The Sopranos as another show with a beginning, middle, and end would be selling it short. The absolute joy the show gives so many people involves spending so much time with the characters and watching the creative team work its magic. You marvel at the performance of Edie Falco (Carmela Soprano, Tony’s wife) one episode; enjoy the joking between Paulie Walnuts and Christopher (Michael Imperioli) the next; then find yourself amazed at the direction and music choices of the following show.

It might be the hardest show to ever stop watching, so know what you’re in for when you start screening it. Even with True Detective Season 3 and other solid new shows on the air, you might end up ignoring everything to check in with the Sopranos crew on Prime or HBO.