Who Does Kate Middleton Have to Curtsy To? Royal Family Etiquette Rules the Duchess Must Always Follow

In the royal family, there are strict etiquette rules everyone must follow. And just because Kate Middleton is married to the future King of England doesn’t mean she can get away with curtsying her fellow family members. That said, the queen doesn’t expect her to show the same amount of respect for everyone in the family.

Up ahead, we take a closer look at who Kate Middleton has to curtsy to and why, plus other etiquette rules she must always follow. 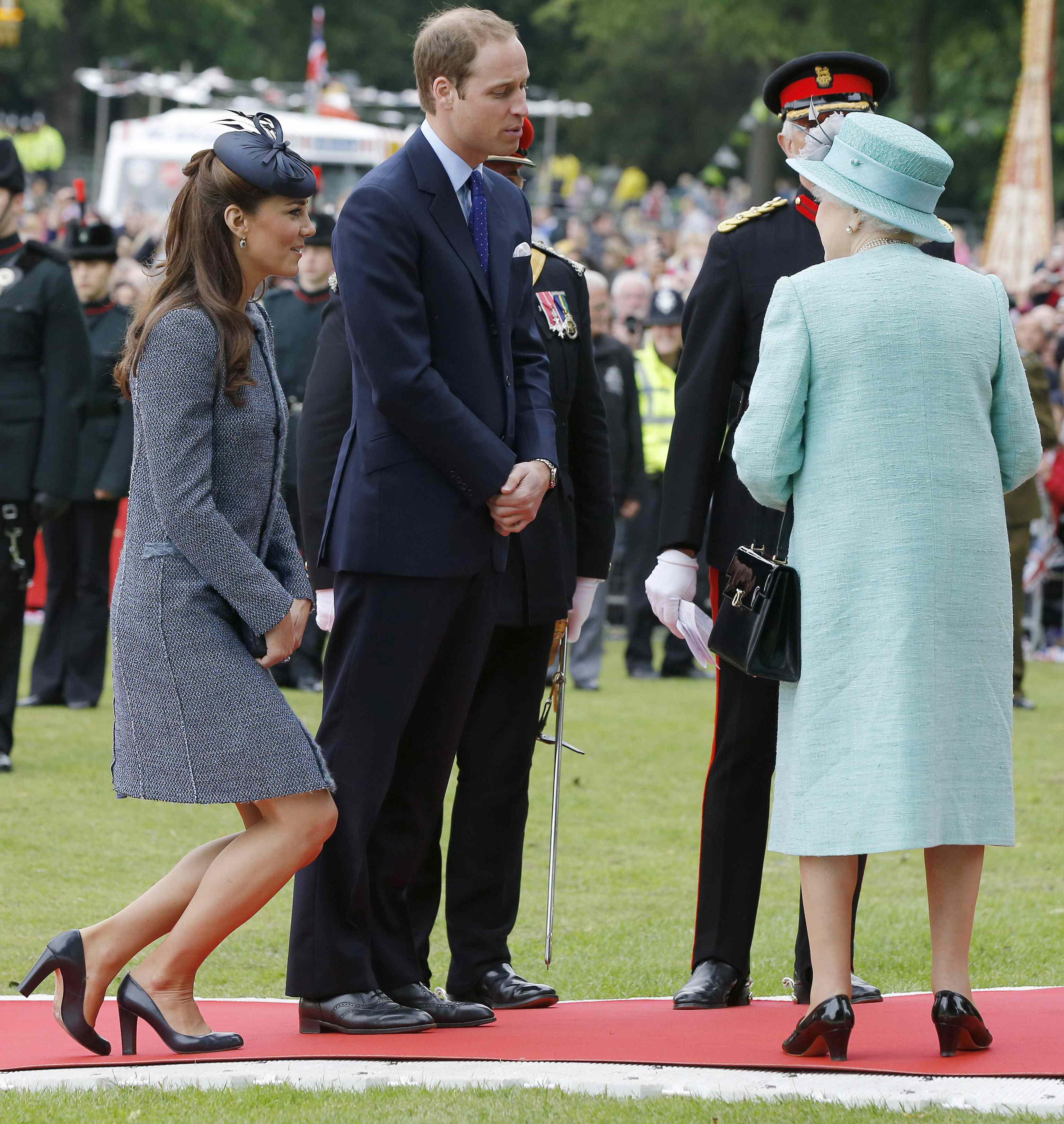 All members of royalty curtsy to the queen. | Phil Noble – WPA Pool/Getty Images

Why does Kate Middleton have to curtsy

Regardless of her royal status, Kate Middleton is expected to show her respect to certain members of her family by way of curtsying. That said, she doesn’t have to — and is not supposed to — curtsy to everyone. Like other royal family protocols, there are strict rules about who curtsies (or bows) to who. And just because Kate is often on the receiving end, that doesn’t mean she’s exempt from showing respect to those of a higher ranking than her and Prince William.

Who does Kate Middleton have to curtsy to

When in formal settings, every member of royalty curtsies or bows to family members that are of a higher ranking. That said, it can get complicated — especially for Kate. Discover who the duchess has to curtsy to, below.

There are no questions about whether or not Kate must bow to Queen Elizabeth II. As the reigning monarch, all members of royalty (and non-members) bow or curtsy to her royal highness, especially in formal settings and ceremonies.

Since Prince Philip is married to the monarch, he receives similar respect. While he must bow to the queen, he receives curtsies and bows from other members of the family, including Kate Middleton.

As the heir apparent, Prince Charles is one of the most important members of the royal family. With that in mind, Kate curtsies to her father-in-law upon greeting.

Because Camilla Parker Bowles is married to the future king, she gets greeted by most royal family members with the utmost respect. According to the family’s curtsy protocol, Kate curtsies to Camilla. However, it is likely they keep things a little more casual — at least until Prince Charles becomes king.

Here’s where things get a little more complicated. The blood princesses curtsy to Kate when William is present because he is second in line to the throne. However, when she is on her own, Kate curtsies to Anne, Alexandra, Beatrice, and Eugenie, as they are all related to the royal family by blood.

Once Prince William becomes king, Kate might curtsy to her husband. That said, the royal couple is much more modern than past monarchs and will likely allow the curtsy on his coronation day, then keep things a little more casual (aka no curtsies) thereafter.

Right now, Kate doesn’t curtsy to her children — that would just be weird. However, should she be alive when Prince George becomes king, she will likely curtsy to him on his coronation day as a symbol of respect for the reigning monarch. 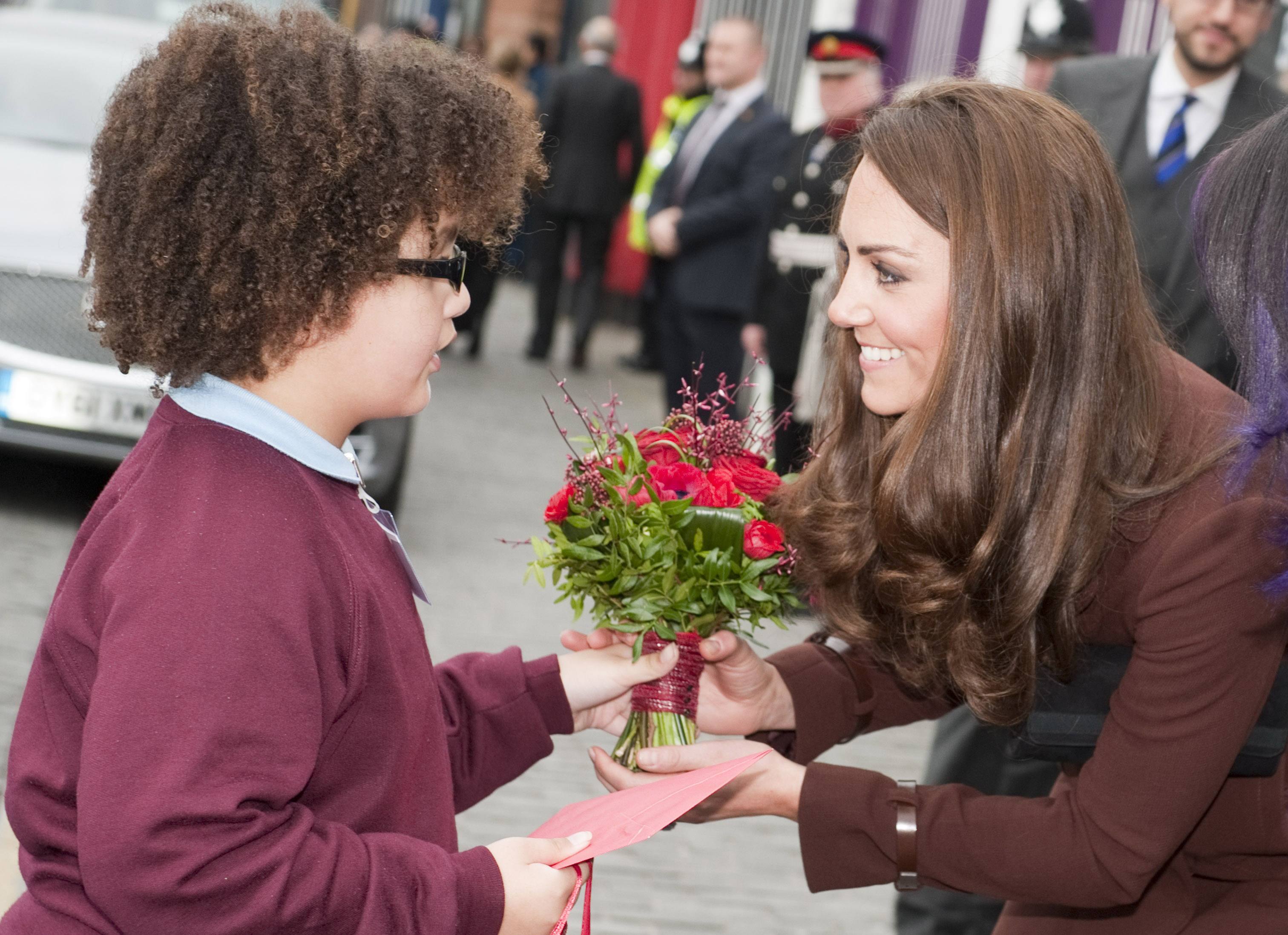 In addition to curtsying, Kate must follow certain royal family etiquette rules. From how she sits — ankles crossed! — to how she greets others, the duchess cannot veer away from the queen’s protocol. Keep reading for the most surprising royal etiquette rules.

When meeting with non-royals, Kate — or other members of royalty — is the one that starts the conversation. It is considered rude to begin a discussion with a royal without them initiating the exchange.

The queen is very against PDA and asks her family members not to kiss in public. Harry and Meghan might have already broken the request, but that doesn’t mean William and Kate can too. Because William is the future king, he and the duchess must remain more reserved than their brother and sister-in-law.