What is Tim Tebow’s Net Worth Since Leaving the NFL?

Tim Tebow made a name for himself as a well-known NFL quarterback. But after leaving the NFL in 2015, Tebow has been dabbling in other sports and building a life for himself–including a future with his brand new fiancé, Demi-Leigh Nel-Peters. But how much is this formal football player worth since leaving the NFL? 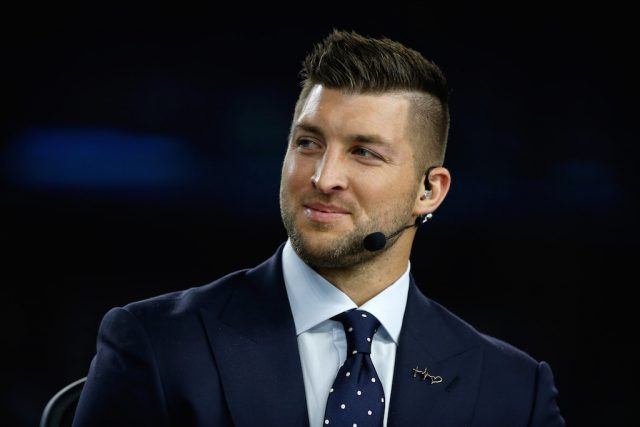 Tebow entered the NFL draft in 2010

Tebow declined to enter the 2009 draft and instead chose to finish out his senior year at Florida. By 2010, Tebow was ready to enter the draft, although some questioned whether his style at quarterback would translate well to the NFL. Regardless, he was selected by the Denver Broncos in the first round of the 2010 NFL draft. During the summer of 2010, Tebow signed a contract with the Broncos worth up to $33 million. His jersey was the best-selling jersey of the season, and he instantly shot to fame among Americans.

After playing several seasons in the big leagues, the Eagles released him in 2015

Tebow had some success in the NFL, but he also saw some failures. He had several games of multiple sacks, and in 2012, he was traded to the New York Jets. He didn’t start over Mark Sanchez, which some fans disagreed with, and didn’t see much during the season. In 2013, the Jets released him. He signed with the Patriots for the summer of 2013, but was cut in August, just before the season began. Tebow then signed with the Philadelphia Eagles in 2015 but was released after a few preseason games. He hasn’t played in the NFL since.

Since then, Tebow has pursued a career in baseball and found himself a brand new fiancé

Tebow found himself without the NFL dream he had worked so hard to achieve. However, sometimes things that seem the worst can actually be a blessing in disguise. Unable to find success in the NFL, Tebow began to realize he’d rather pursue a career in baseball than football. He spent the next few years practicing the game and currently plays as a professional in the New York Mets organization. Plus, he met his new fiancé, Demi-Leigh Nel-Peters, and he’s headed down the aisle. He proposed to Nel-Peters in January 2019, although the two had only confirmed their relationship back in July. However, Tebow had said the in the past that he was serious about settling down, so it looks like he finally found the right person.

Today, Tebow is worth somewhere between $4 million and $10 million

It’s hard to nail down exactly how much Tebow is worth since leaving the NFL, since his true spending habits are unknown. At the worst, he’s still worth about $4 million. At the best, he’s living large with a net worth of around $10 million. People seem to think that Tebow doesn’t have terrible spending habits, so his net worth might lean more toward the $10 million mark. Either way, Tebow now has a wedding to plan, so hopefully he’s saved up some money for this big day.