It’s been decades since Princess Diana tragically died in a car crash in Paris. But people have not forgotten the People’s Princess, as she’s known, or the legacy she left behind. One person who learned a lot from her death? Queen Elizabeth II herself.

The current Queen of England enjoys a decent amount of popularity. After all, she’s the longest reigning monarch in British history and even got to celebrate her Sapphire Jubilee – that’s 65 years on the throne – in 2017. The public is looking forward to her Platinum Jubilee in 2022, which would be another milestone event.

But despite her positive approval ratings now, it wasn’t always that way. People turned on the Queen following the death of Princess Diana and nothing has ever been the same since.

The relationship between the Queen and Diana was always tense 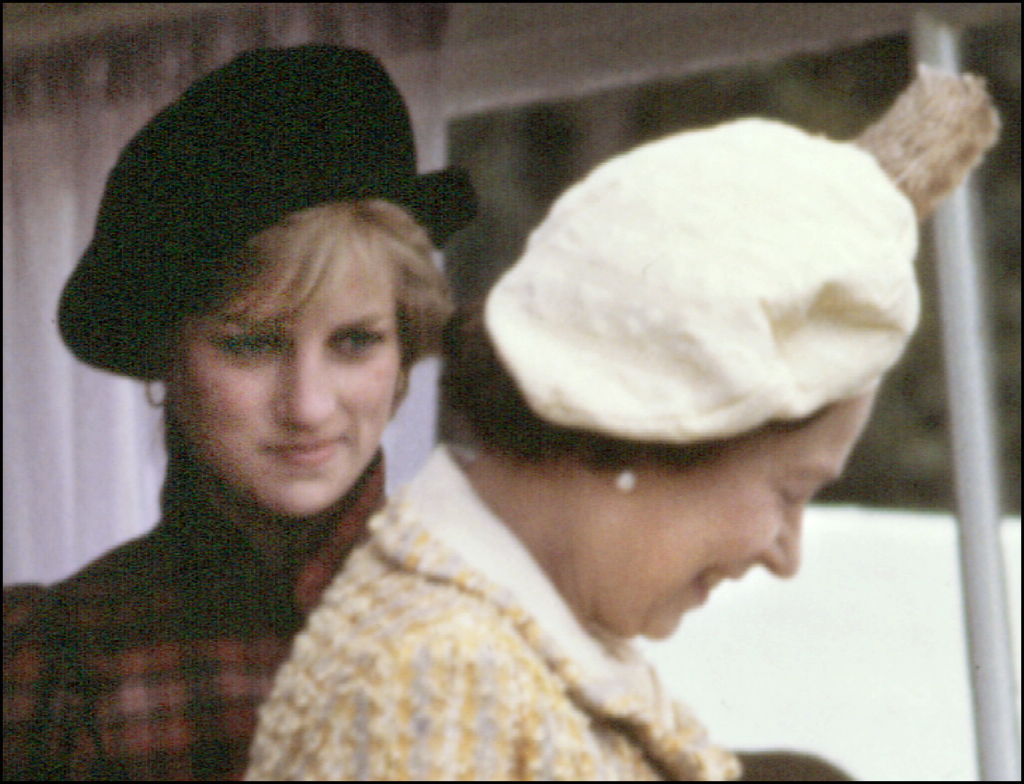 In many ways, Diana was the exact opposite of the traditional British monarchy. Where they were dignified and reserved, she was compassionate and effusive. They believed in a “stiff upper lip” while Diana was more likely to show the world her raw emotions. The people felt like they could connect with Diana. She came down to their level rather than ruling from a high throne. The distance between royals and commoners was nonexistent with Diana.

Diana’s death was a national tragedy

News of Diana’s death rocked the entire world, but no citizens were more upset than the British people. It was only a few days before the gates of Kensington Palace were positively blanketed with flowers, cards, candles, and stuffed animals as a tribute to their beloved princess. Sources estimate that more than one million bouquets were laid out in the days following her passing.

British citizens cried openly in the streets and hugged one another. The line to sign a book of condolences stretched out for 11 hours, and somehow people kept standing in it. It was that important for them to say goodbye to Princess Di. 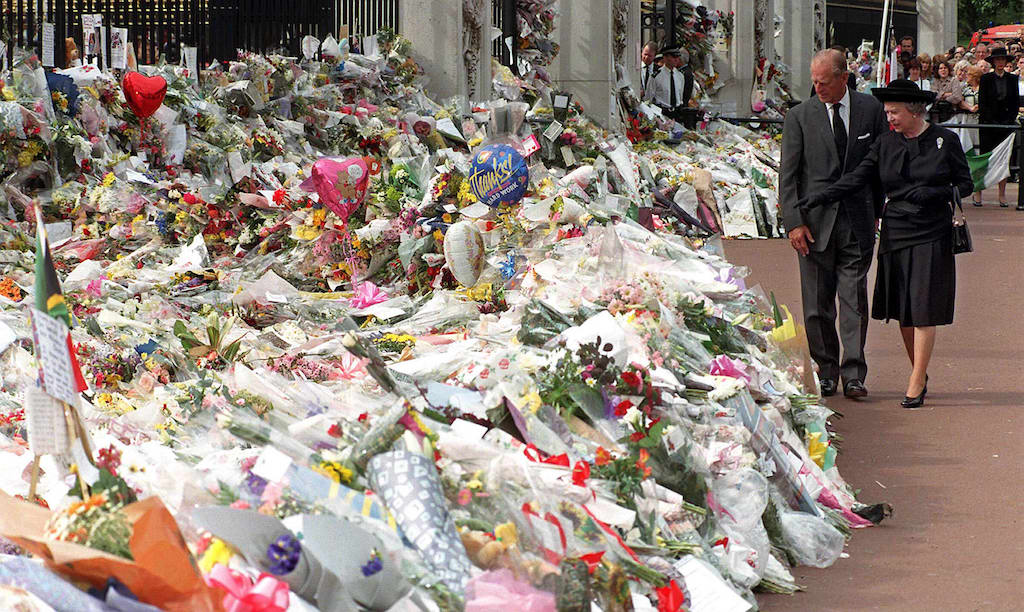 The royal family was on summer holiday at Balmoral in Scotland when Princess Diana died on August 31, 1997. They made the decision to stay at their summer home to protect the children, William and Harry, who were only 15 and 12 years old at the time.

Still, the public’s sadness quickly turned to anger when the Queen remained silent on the topic of Diana’s death. A few days after silence from the royal household, The Sun newspaper published a headline saying, “Where is our Queen? Where is her flag?” With so much public grieving taking place, the people could not understand the Queen’s silence and seclusion in the wake of the event. 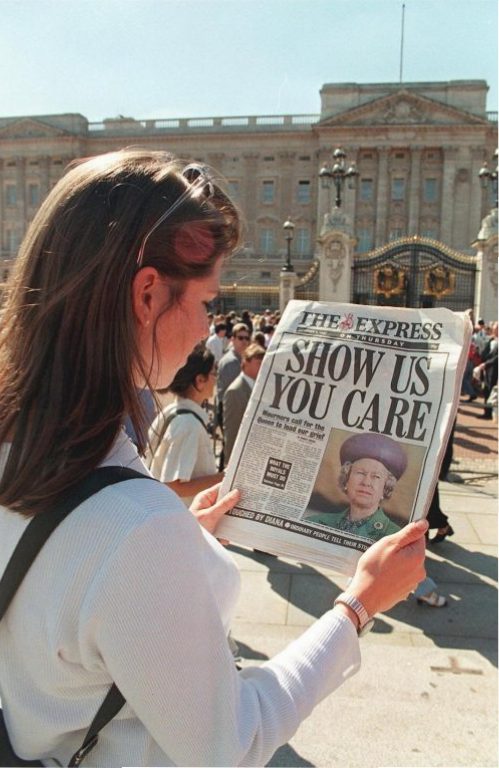 The Queen made a heartfelt speech

Finally, on Friday, September 5, 1997, the queen spoke publicly in a surprisingly heartfelt speech.

Here’s what she said:

“What I say to you now, as your Queen and as a grandmother, I say from my heart. First, I want to pay tribute to Diana myself. She was an exceptional and gifted human being. In good times and bad, she never lost her capacity to smile and laugh, nor to inspire others with her warmth and kindness.

I admired and respected her — for her energy and commitment to others, and especially for her devotion to her two boys. This week at Balmoral, we have all been trying to help William and Harry come to terms with the devastating loss that they and the rest of us have suffered. No one who knew Diana will ever forget her. Millions of others who never met her, but felt they knew her, will remember her.

I for one believe that there are lessons to be drawn from her life and from the extraordinary and moving reaction to her death.”

The royal family was never the same again

After the death of Diana, the royal family was never the same again, and neither was the Queen. It seems that Queen Elizabeth took a cue from Diana and the outrage surrounding the Palace’s reaction to her death. She made a pointed effort to be more forthcoming, more emotional, and more present for the people from then on.

When a fire broke out in London’s Grenfell Tower in 2017, the Queen visited with residents who were affected and thank volunteers personally. A 17-year-old survivor named Rhianna Levi said, “The Queen looked like she had so much compassion when she was listening to me. We could talk to her. No-one was being blocked off by police. The Queen showed she cared.”

The new era of the British monarchy is a lot more relatable than it used to be, and the British people couldn’t be more pleased. It all started with Diana’s legacy and will continue as long as her memory stays alive. 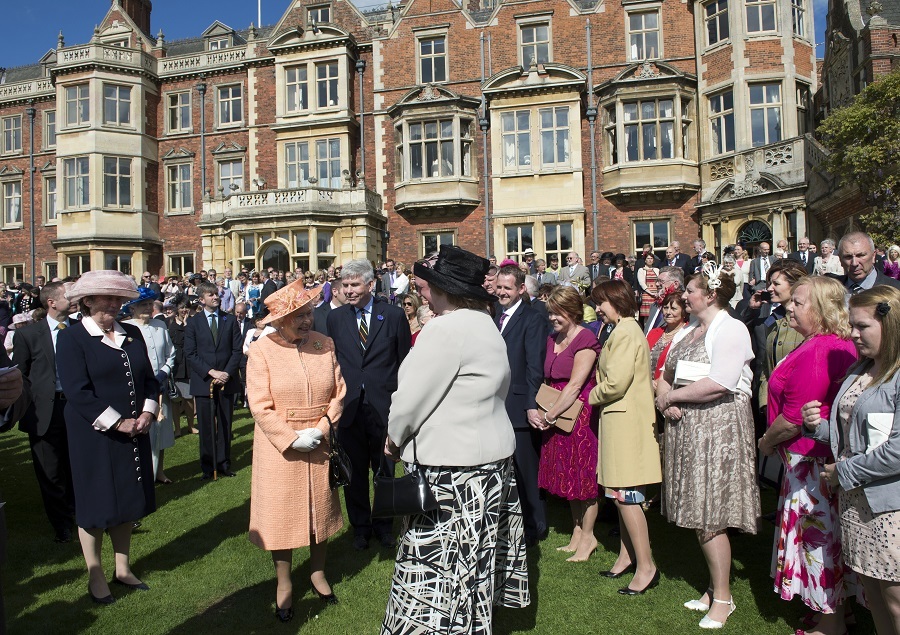