No doubt many people were surprised when they found out years ago that Anderson Cooper’s mother was fashion designer and heiress Gloria Vanderbilt. When Cooper was first seen on our TV screens in the 1990s on Channel One and doing overnight news on ABC, most people thought he was just a humble journalist trying to rise in the ranks like the rest of his colleagues.

Not until he signed with CNN was it revealed to the masses the Gloria Vanderbilt connection. Making no big deal of it was probably intentional since it’s reported he won’t inherit his wealthy mother’s money. Even though Cooper is worth $110 million now, what should we know about Gloria Vanderbilt and her maternal connection to Cooper?

Gloria Vanderbilt was born into wealth 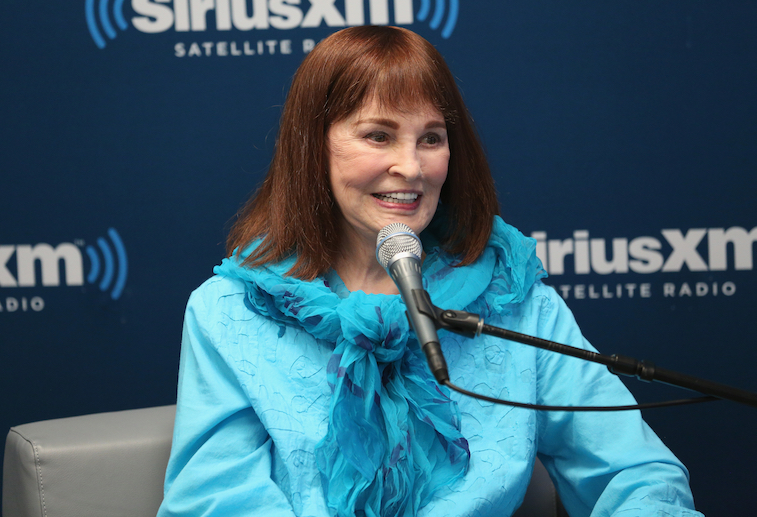 You may already know that the Vanderbilts go back to the 19th century here in America. Gloria’s father (Reginald Claypoole Vanderbilt) was a railroad heir and made the family name famous for their wealth.

They weren’t exactly the Trumps of the day, though perhaps close. Life was bliss for young Gloria Vanderbilt, especially when she became an heiress to $5 million after her father died in 1925. She was only a year and a half old when she fell in line to inherit this money, even though the money she inherited would inevitably not become a generational gift. You’ve likely heard she intends to not pass her $200 million fortune on to Anderson Cooper.

Wealth and prestige wasn’t what initially made Gloria Vanderbilt famous, though.

Vanderbilt in the middle of a child custody trial

Anyone living in America during the early 1930s would have been inundated with news about a major child custody case involving Gloria Vanderbilt. After her father died, a major familial battle ensued on who would gain custody of young Gloria.

At the time, it was known as the “trial of the century“, even if we’d go on to hear that term more often than we can count.

Gloria’s aunt was on the other side of this tug-of-war, along with accusing the mother (Gloria Morgan Vanderbilt) of being an unfit parent. An ironic twist to inheritances comes in Gloria, Jr. ultimately refusing to pay her mother an annual allowance after latter won occasional custody. At 22 years old, Gloria was old enough to realize her mother could fend for herself.

Now you can see where Gloria Vanderbilt got the idea to not spoil her son with her own riches.

Becoming a model and actress

Once an adult, Gloria Vanderbilt became a trailblazing model. If you’ve seen pics of her, you know how beautiful she was (and still is). While this led to acting in the 1950s and ’60s, she never won awards for her thespian abilities.

Even so, she did appear on many prestigious live TV dramas of the era. She also began to appear on talk shows often as she slowly transitioned into a fashion maven.

Buried in her past was one bombshell The View reported on a couple of years ago: Vanderbilt had a same-sex relationship as a young teen.

Throughout the 1970s, Vanderbilt moved into fashion by creating a unique set of scarves first, then moving into creating trendsetting jeans. Her jeans were tighter fitting than most others being sold prior.

Many women wore these jeans for the remainder of the ’70s and beyond. They didn’t just become a relic either. You can still find Gloria Vanderbilt jeans through most offline and online retailers.

#tbt my mom #Gloria Vanderbilt and me just before I left high school early and moved to Africa. #TheRainbowComesandGoes

Despite Vanderbilt not leaving an inheritance for her son, her relationship with Cooper has never stopped being strong. Anderson Cooper has tweeted and posted on Instagram often showing private family photos and the two together at various events.

She’ll be 95 this February 20, proving she’s lived more lives than most other prominent people.

Outside of numerous surprising revelations in the 2016 documentary Nothing Left Unsaid, perhaps we’ll hear even more surprising things about Vanderbilt’s life before she hits the century mark.