Will Princess Eugenie Become a Duchess? How Her Title Will Change After the Royal Wedding

With the upcoming royal wedding, many are wondering: Will Princess Eugenie become a duchess? In the royal family, there are many wedding rules and traditions — some of which involve an official title change. However, even though she is a royal, Princess Eugenie won’t automatically become a duchess upon marriage. Up ahead, we take a look at how her title might change once she marries Jack Brooksbank on October 12, 2018. 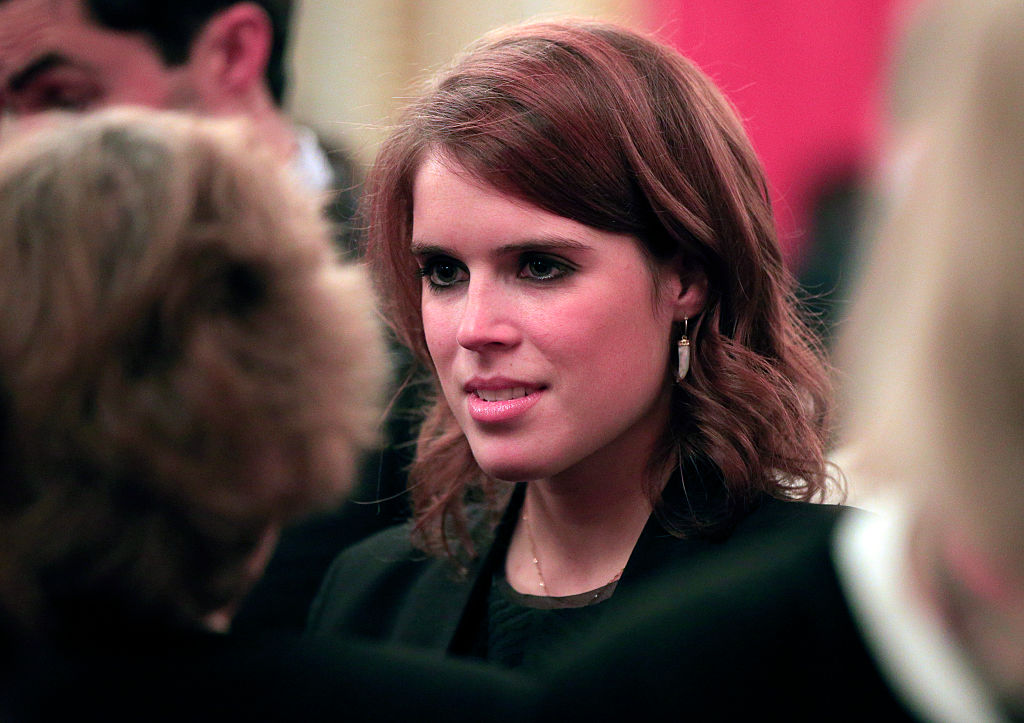 Many want to know what Princess Eugenie’s title will be after her royal wedding. | Jonathan Brady/PA Wire

Will Princess Eugenie become a duchess?

In the royal family, dukedoms are a huge deal. In fact, they’re considered the highest ranking title — even above prince and princess. That said, not every blood relative to the queen becomes a duke or duchess. Dukedoms are typically granted to sons or grandsons of the monarch upon marriage or majority. And, should the monarch wish the give such honor to a member of her family, their wife automatically becomes a duchess.

However, not everything is by the books. Should Jack Brooksbank and Princess Eugenie become full-time members of royalty — like Prince Harry and Meghan Markle — the queen could decide to bend the rules for her future grandson-in-law.

What will Princess Eugenie’s title be?

If she doesn’t become a duchess, what will Princess Eugenie’s title be after the royal wedding? She allegedly has a few options to choose from — and the choice is entirely up to her! And, get this: She doesn’t have to change her name entirely.

While it is likely Princess Eugenie won’t become a duchess, the queen could still make an exception. The royal family has recently let up on a lot of old-fashioned rules and become much more gender neutral. Case in point: The Succession to the Crown Act 2015 says royal succession is no longer subject to gender. Any royal princess born after October 28, 2011 — such as Princess Charlotte — can keep their place in line to the throne, even if they have a younger brother.

With the recent equality efforts by the royal family, anything is possible. That said, as it stands Princess Eugenie is not a full-time member of the royal family. Should that be a requirement for dukedom by the queen, she either will not be named a duchess or will have to uphold similar roles and responsibilities as her cousins Prince William and Prince Harry.