Do you know any Mormons? Even if you don’t have friends who practice the faith, you probably know a few Mormons, such as Kody Brown and his spouses from TV’s Sister Wives. We don’t know how he does it, but Brown somehow supports his family of 23 and all the costs that come along with having a big family.

Kody Brown and the stars of Sister Wives are worth a lot of money, but they aren’t even close to being the richest Mormons in the world. We’ll encounter sports stars (including a coach on page 7), entertainers (look out for a beloved actress on page 12), businessmen, and a former presidential candidate who has a lot of money but is far from being the richest Mormon (page 14). 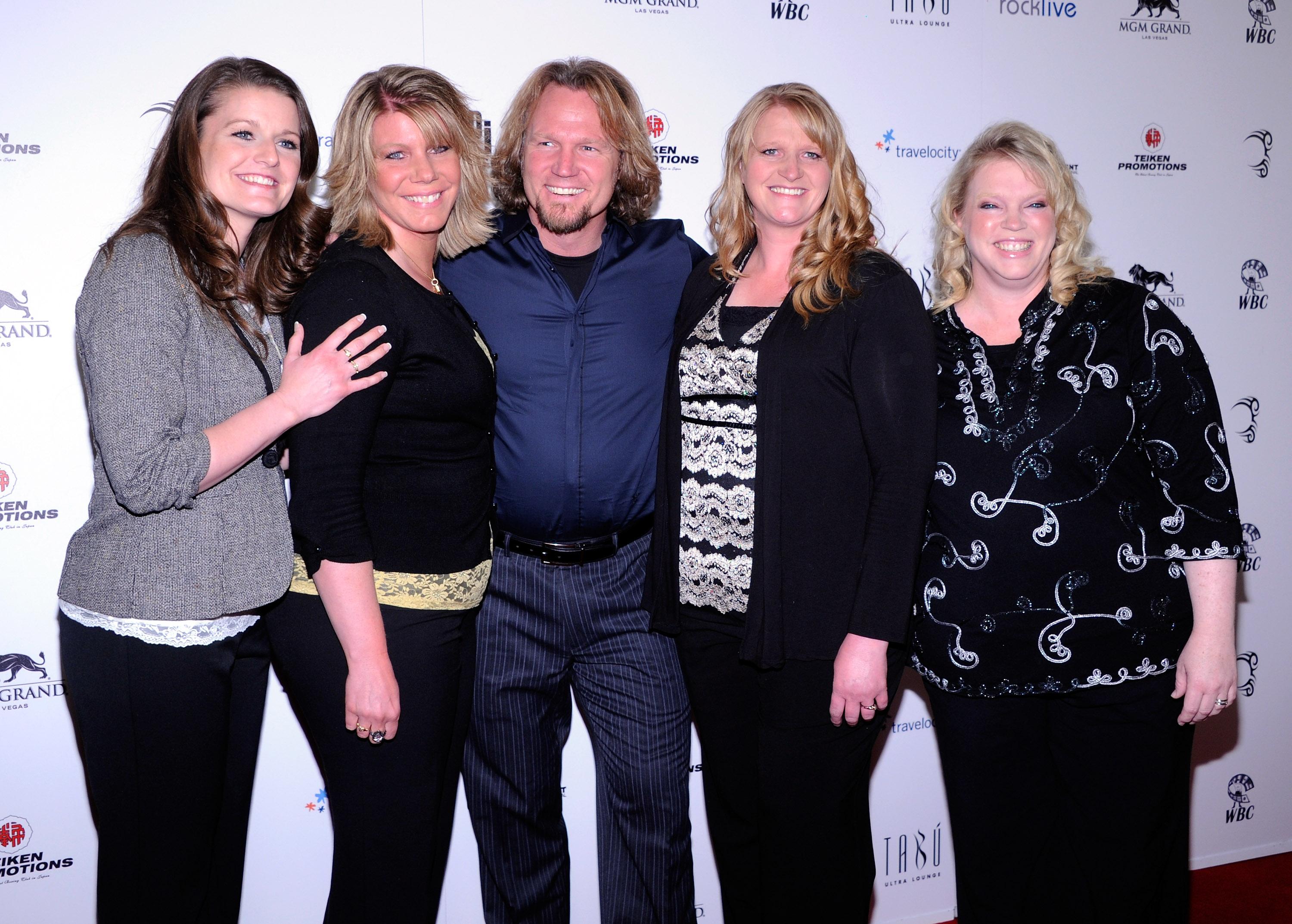 The case of Sister Wives is worth a combined $1.6 million. | Ethan Miller/Getty Images

Next: Who is a former game show star? 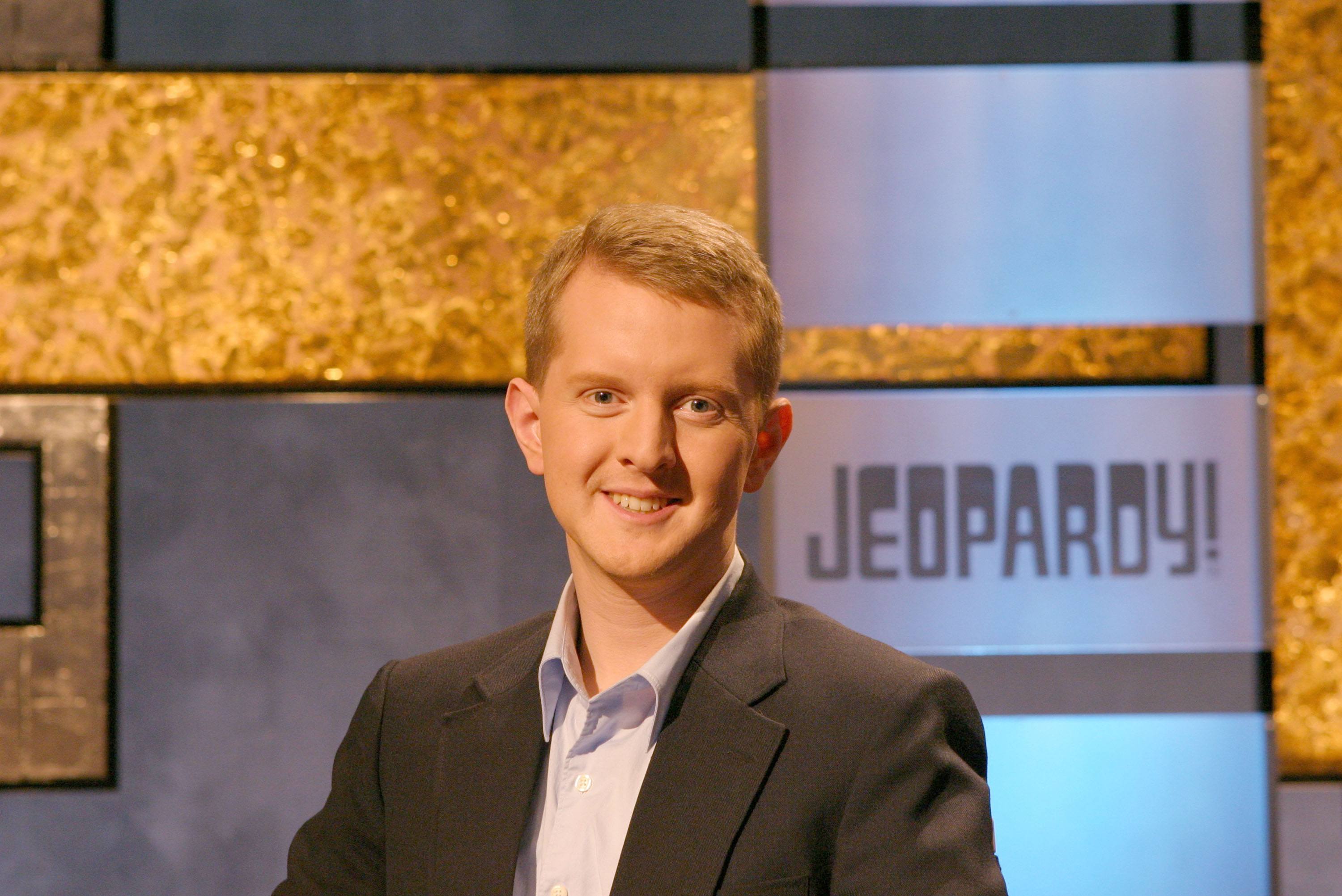 Ken Jennings made his fortune on Jeopardy! | Jeopardy Productions via Getty Images

Jennings is one of the most famous Jeopardy! champs ever. He earned $2.5 million thanks to his long winning streak on the show, and writing books, online articles, and blog posts add to his net worth.

Next: A child actor who converted to Mormonism. 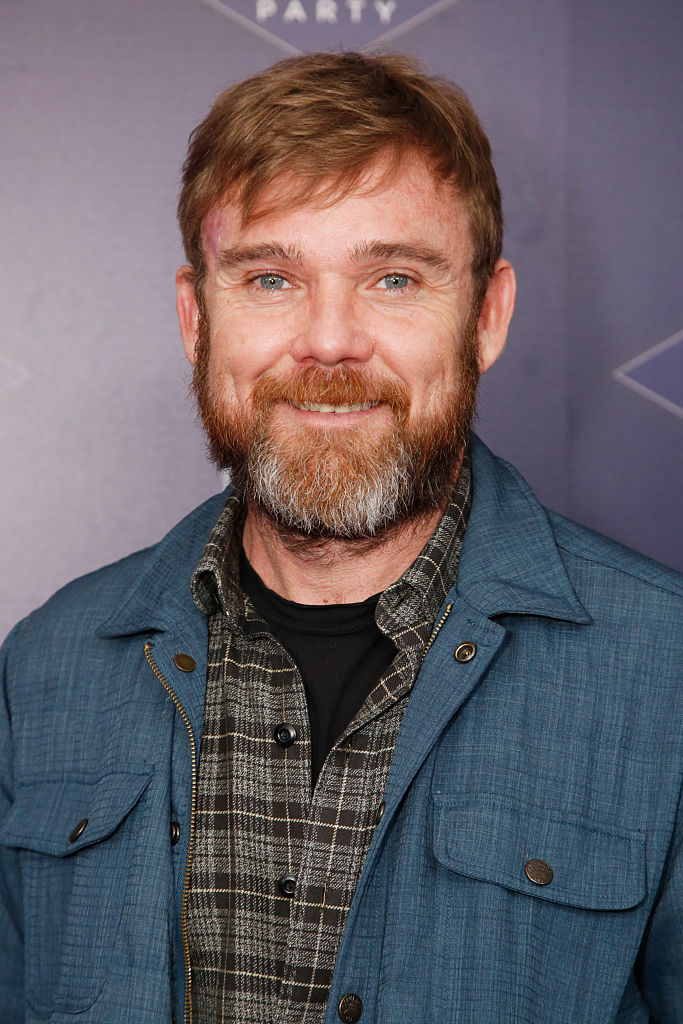 People of a certain age remember Rick Schroder as the child star of the sitcom Silver Spoons. He also had roles on NYPD Blue and 24 later in his acting career. He converted to Mormon when he got married. Schroder owns a production company and directs, and all his time in the entertainment industry give him a net worth of about $8 million.

Next: A two-time champion who is still in the sports world. 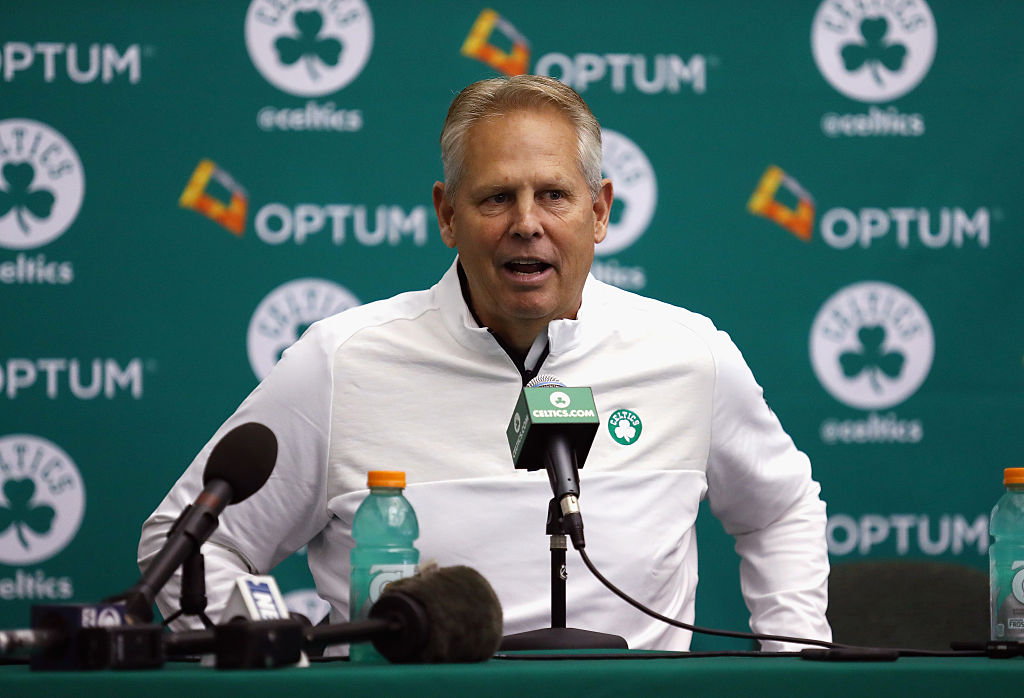 Danny Ainge was a three-sport star in high school, but his NBA career made him famous. He is a two-time champion with the Boston Celtics, and he works for the team as the President of Basketball Operations.

Next: Is there anything she can’t do? 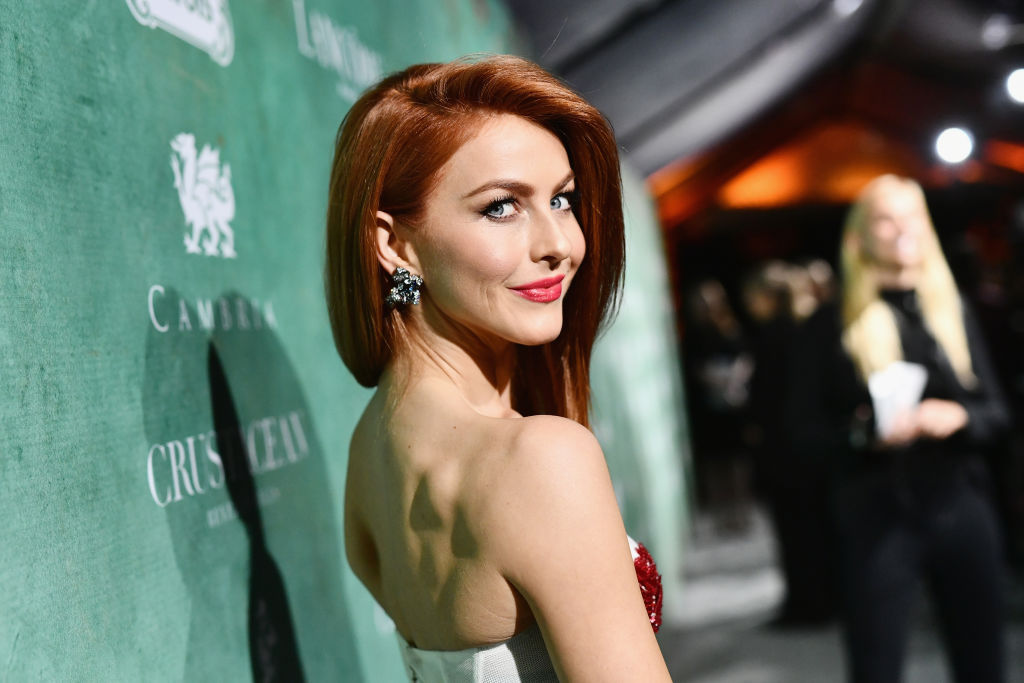 Dancer. Singer. Actress. Julianne Hough is all three, and she excels at each of them. A two-time winner on Dancing With the Stars, she’s released country music albums and has a solid acting resume to her name.

Next: You should know the face even if you don’t know the name. 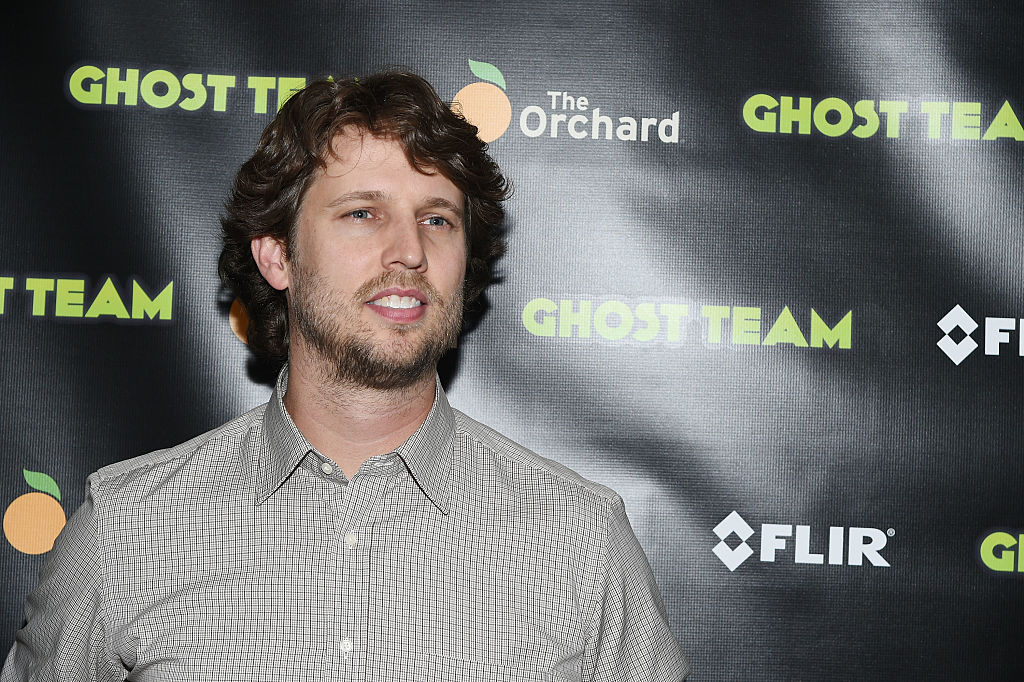 If you don’t know the name, you surely remember the face. Heder got his big break starring in surprise movie hit Napoleon Dynamite, and he’s been busy in front of the cameras ever since. It’s why he has such a healthy net worth and is one of the richest Mormons in the world.

Next: We’d call this a successful career. 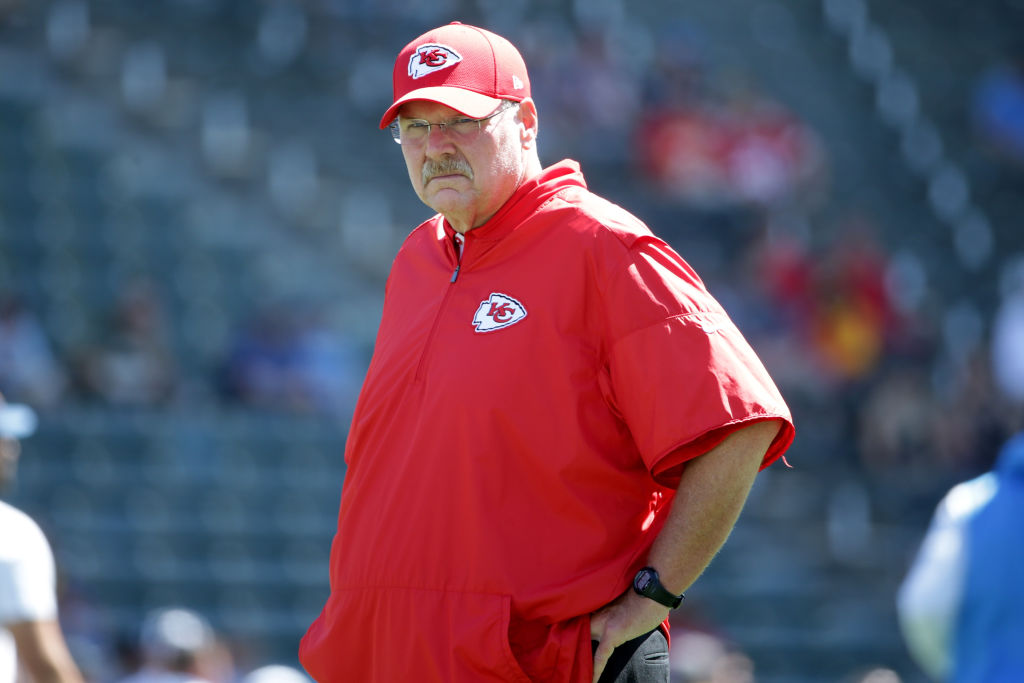 As a play-caller and NFL head coach, Andy Reid is one of the best around. He leads the way for the Kansas City Chiefs after being the man in charge of the Philadelphia Eagles. He started out as a college and NFL assistant coach. His long NFL tenure gives him a healthy net worth and makes him one of the richest Mormons in the world.

Next: The man leading one of the biggest bands on the planet. 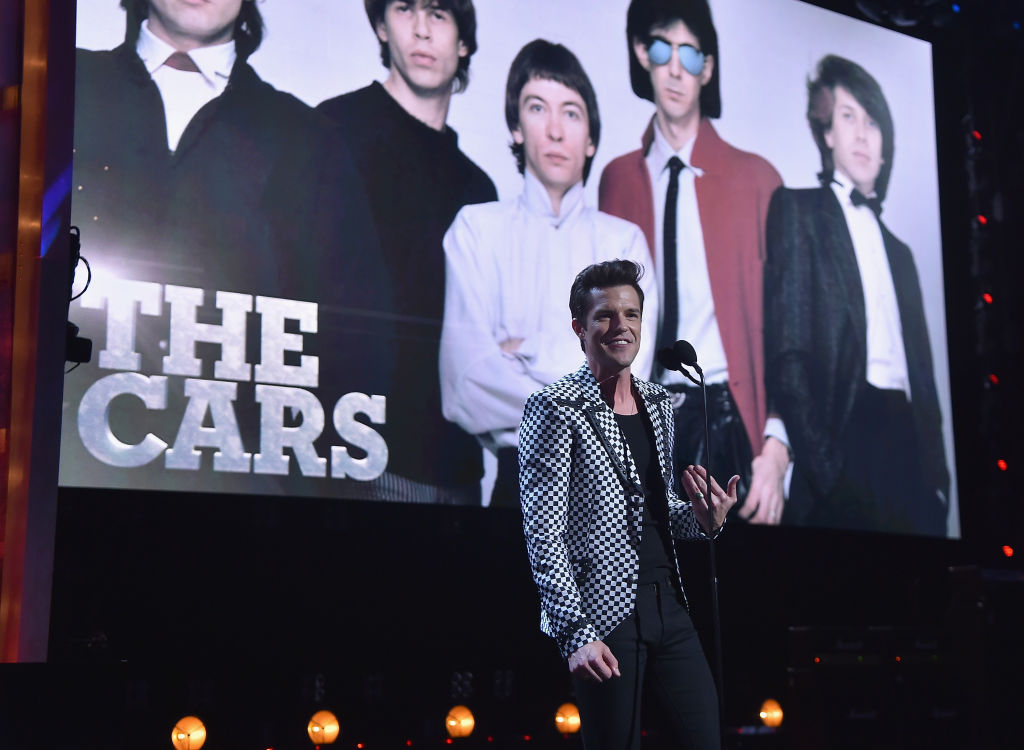 As the lead singer rock band The Killers, Brandon Flowers is one of the most well-known and one of the richest Mormons in the world. He doesn’t hide is faith at all, and as a Mormon shunning drugs and alcohol, he doesn’t seem to be a candidate to join the list of musicians who died young.

Next: Let’s stick with the singer and songwriter streak. 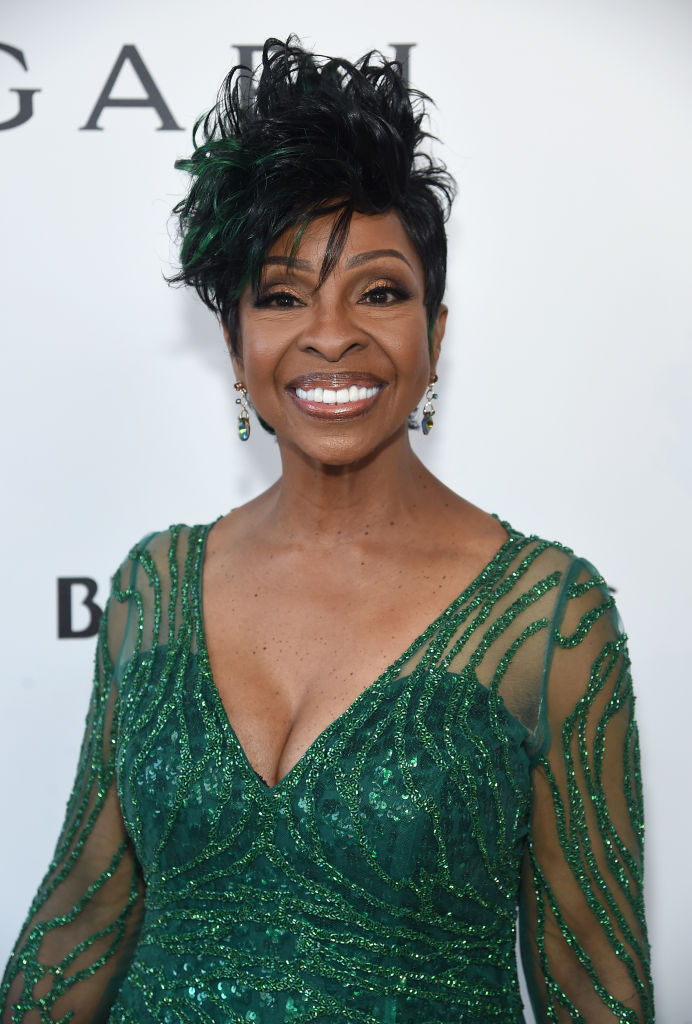 You probably know her for her work in the Motown group Gladys Knight and the Pips as well as her solo work. She grew up Baptist, but Gladys Knight joined the Church of Jesus Christ of Latter-day Saints in 1997 after years in the spotlight.

Next: You can’t have one without the other. 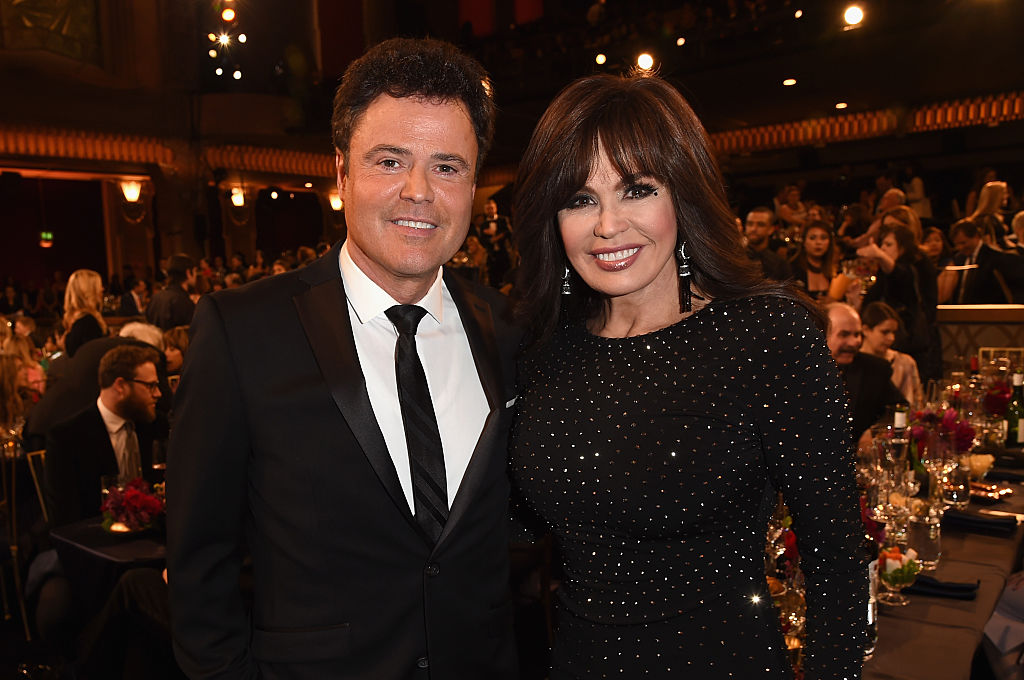 Each of these siblings is wealthy in their own right, but we’re grouping them together because you can’t have one without the other. They frequently perform together in Las Vegas, which adds to their respective net worths. Marie has an estimated net worth of $20 million, while Donny comes in at $18 million.

Next: There are three things you need to know about this man. 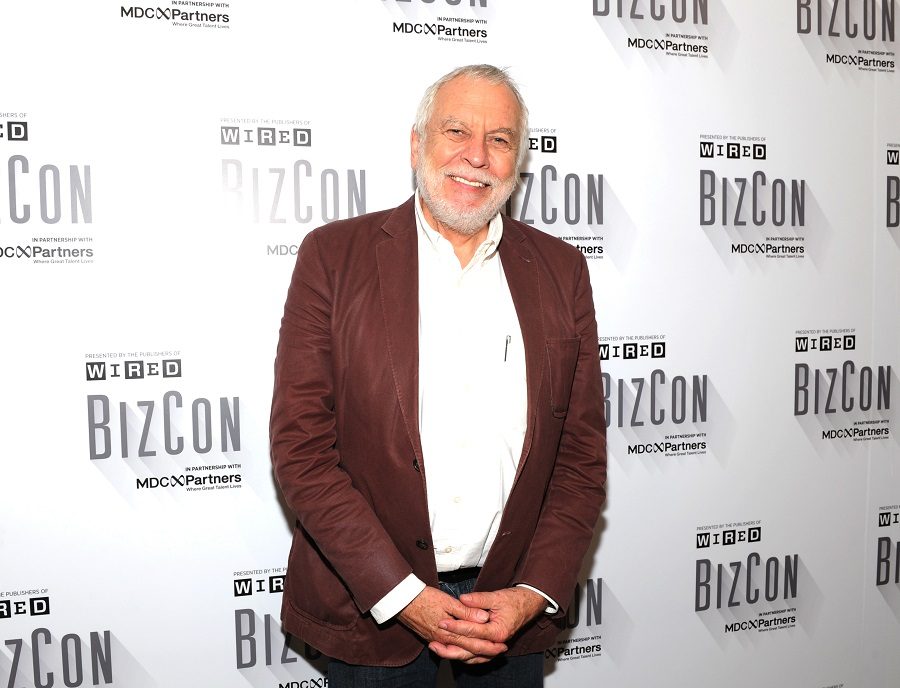 If you’re not familiar with Nolan Bushnell, there are three things you need to know. First, he founded Atari and built it into a billion-dollar business. Second, he turned Chuck E. Cheese into a nationwide phenomenon. And third, he was offered a stake in Apple in the 70s and turned it down. Just imagine how rich he’d be if he didn’t decline.

Next: This net worth isn’t hard to fathom. 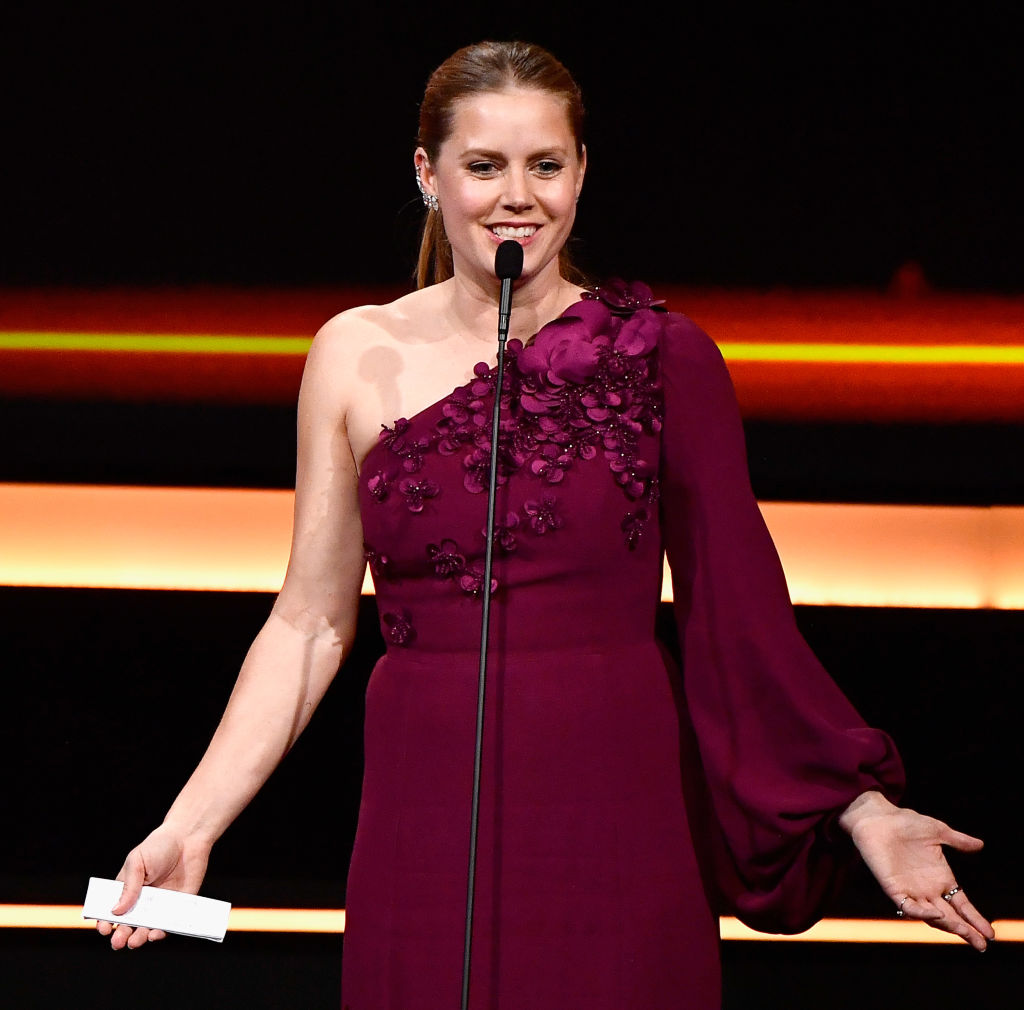 Amy Adams’ net worth isn’t too hard to fathom. After all, she is a beloved actress with a slew of great roles to her name. Nearly two decades in front of the camera make her one of the richest Mormons in the world.

Next: Delusional and ridiculous, yes, but also very rich. 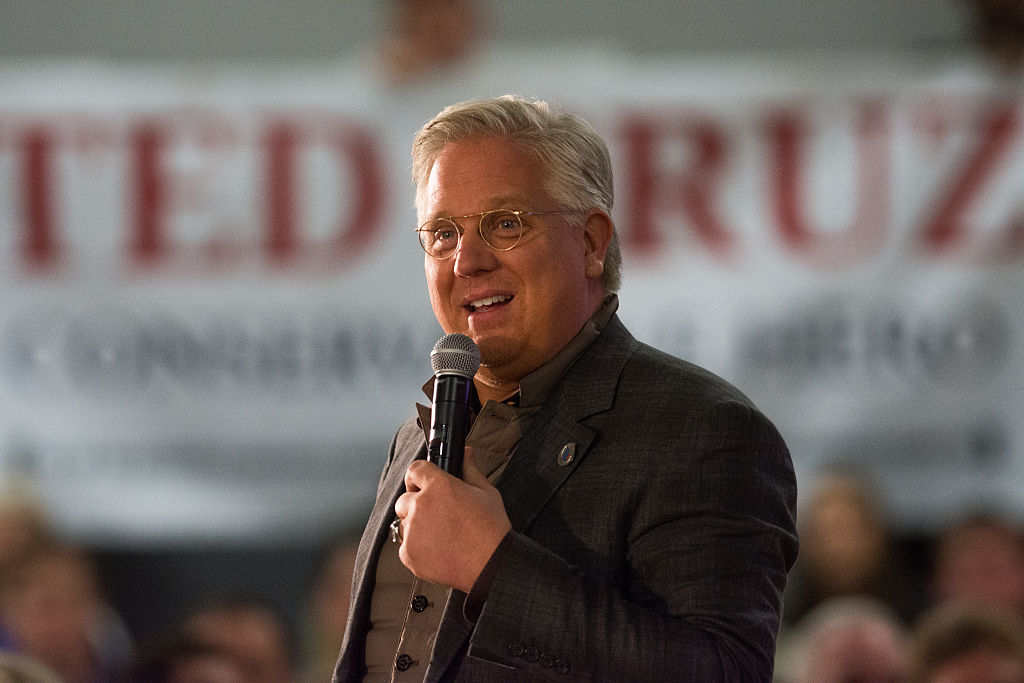 Yes, Glenn Beck is one of the most delusional hosts in the history of Fox News. And, yes, it’s true he is the author of a ridiculous (and misspelled) attack on Barack Obama. But he is also one of the richest Mormons in the world. After working in radio and TV for years, Beck founded TheBlaze, the conservative news and entertainment company. It all adds up to a net worth of $250 million.

Next: This man occupies an interesting and lucrative crossroads. 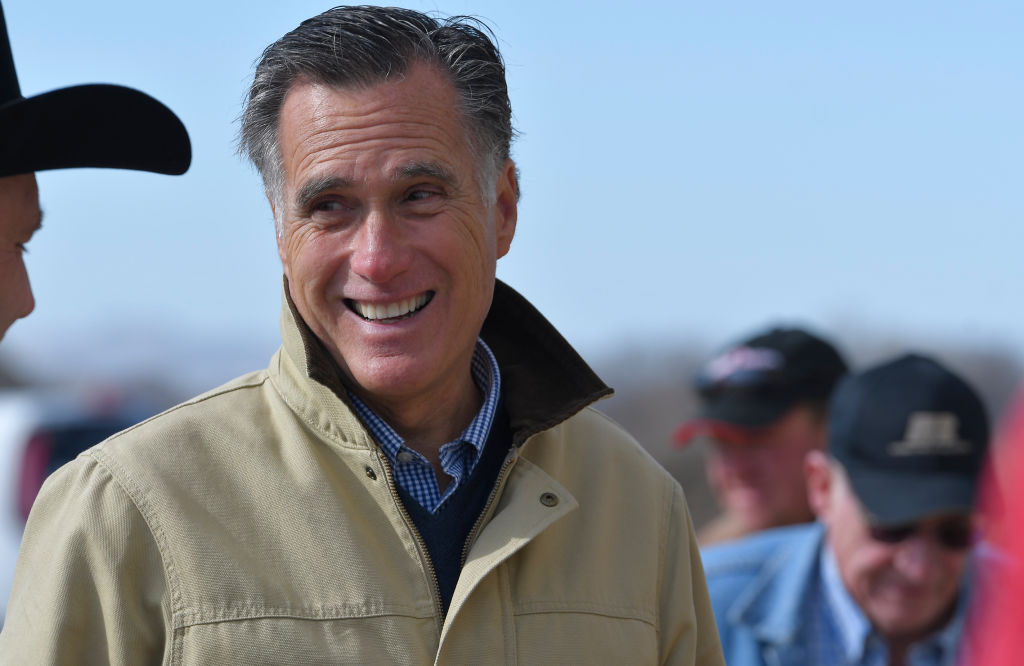 Mitt Romney sits at an interesting crossroads. He is one of the richest politicians we’ve ever seen (even though he’s been absent from public office for a while). He’s also one of the richest Mormons in the world. Most of his wealth stems from working at Bain & Company for years before breaking away to start and run the offshoot Bain Capital.

Next: Politics and business have been very friendly to this man. 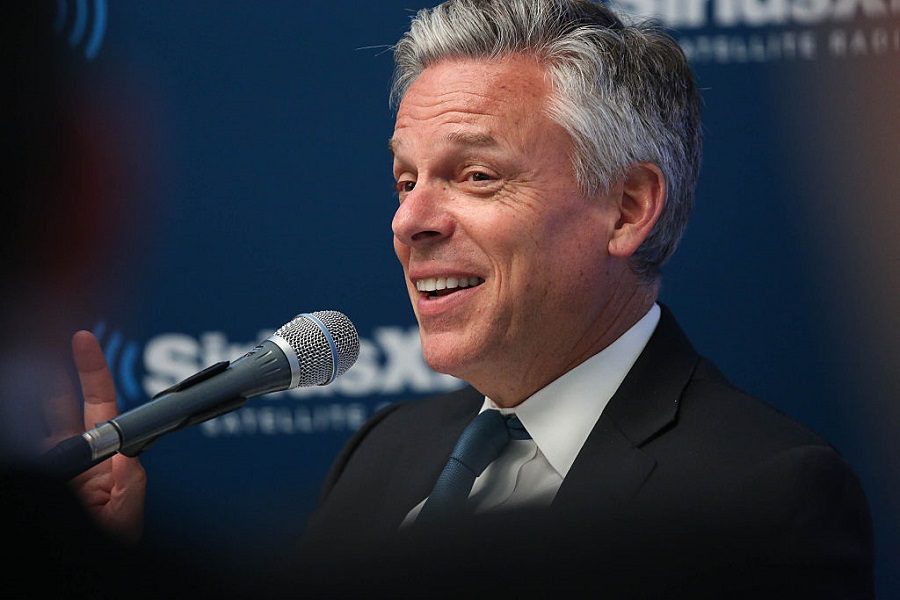 Jon Huntsman is the United States’ ambassador to Russia, at least until Donald Trump gets bored and decides to get rid of him like he did with so many other powerful members of the administration.

Huntsman, one of the richest Mormons in the world, worked for presidents Ronald Reagan, George H.W. Bush, and George W. Bush, and was the governor of Utah from 2005-2013. But most of his money comes from working for the Huntsman Corporation and Huntsman Family Holdings Company, two businesses started by his father.

Next: A very rough estimate of this man’s net worth. 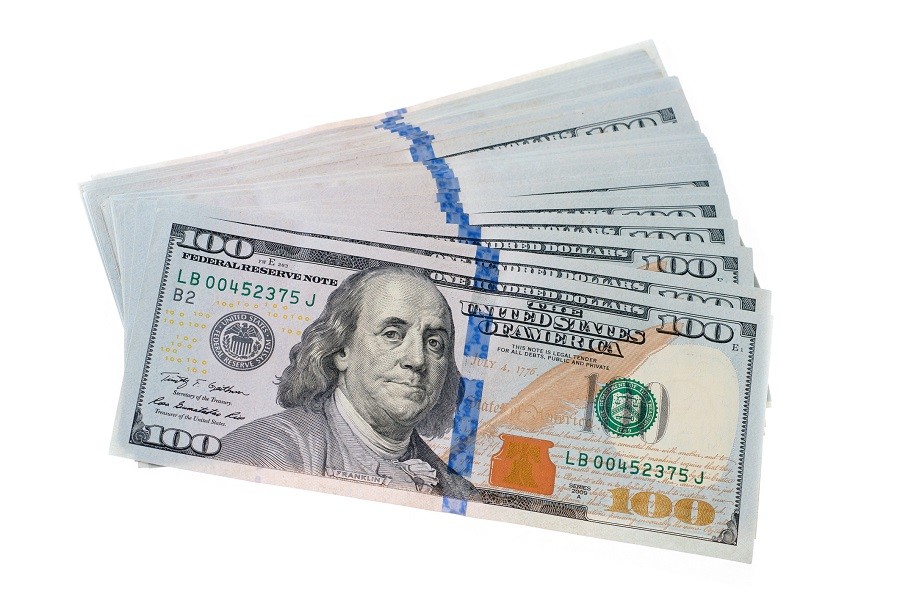 We have to admit this is a total guess, but we’re pretty sure Josh James is one of the richest Mormons in the world. He sold his company, Omniture, to Adobe for $1.8 billion in 2009, and if he pocketed half he’d be worth $900 million. He values his new company, DOMO, at $2 billion. If his valuation is accurate and he holds half the shares after a planned IPO, he’ll be worth $1 billion.

Next: He and thousands of people he serves sleep well at night. 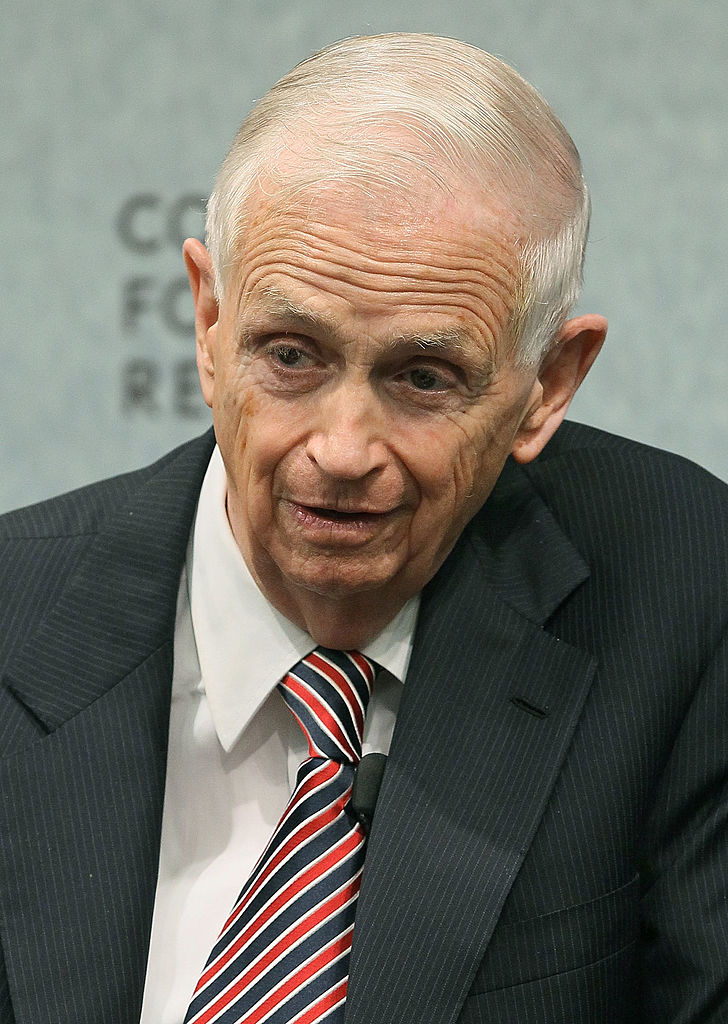 The man behind Marriott Hotels helps thousands of people around the world sleep well at night. He probably gets a restful night’s sleep, too, knowing his successful business makes him one of the richest Mormons in the world.

Read more: Need a Job? Then You Have To Go To These U.S. States