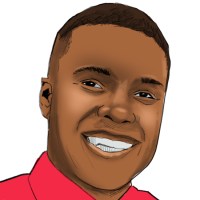 Andrew is a lifelong fan of anime and is passionate about not only the shows but also the process that goes into creating animation at such a high level. His personal interests in anime, gaming, and comic books put him at the forefront of Showbiz’s efforts to establish expert-level content for readers interested in those topics.

Some of Andrew’s proudest career highlights come from the sports arena: He started covering the NBA in high school by starting a blog with three classmates, which he parlayed into a long-term side gig. He was offered a job (without applying!) at CelticsBlog (a SB Nation property), where he continues to author content as part of the news desk. He also earned some early experience at the now-defunct Hoops Inquirer, where he rose quickly to become a Senior Editor despite being in high school at the time.

Read Andrew’s personal musings (mostly on anime and manga) on his own website, and more of his previous work on Muck Rack. Lastly, don’t forget to get lost in his endless stream of tweets on his Twitter.

‘One Piece’ 1056 Spoilers Will Make You Scream, ‘What?’ With Each Line

‘One Piece’ Chapter 1051 Exposes Which Characters Might Die in Wano

‘One Piece’ 1049 Spoilers Finally Give Fans a Satisfying Plot Development

Don’t Expect Anything New for ‘One Piece’ Episode 1016

‘One Piece’ 1048 Predictions That Could Come True

The CW’s ‘Batwoman’ Is Canceled After 3 Seasons

‘The Batman’ 2 Announced by Matt Reeves at CinemaCon

Watch ‘The Batman’ Online Next Week With HBO Max

Liz Sheridan of ‘Seinfeld’ Fame Has Died at 93

Makoto Shinkai’s ‘Suzume no Tojimari’: Release Date, Trailer, and Everything We Know

‘One Piece’ Episode 1014 Finally Has a Release Date