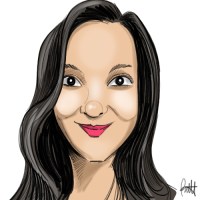 Mary Daly joined the Endgame360 team as an editor in 2017, building on a decade-long career in editing for print and digital publications. She works primarily with Showbiz Cheat Sheet and began working with entertainment content in 2011. She is a member of ACES: The Society for Editing and graduated from the University of Missouri with a bachelor’s degree in journalism and minors in sociology and multicultural studies.

Mary loves a well-written piece of entertainment, whether it’s a TV show or an album, that feels fresh and makes her think. She also craves as much behind-the-scenes information as she can get: She listens to podcasts with people in the entertainment industry and reads memoirs to gain more insight into her favorite people and projects.

To keep her editing skills sharp, she follows tips from Grammar Girl Mignon Fogarty and checks out the recommendations on the ACES reading list. In addition to her work with Endgame360, she’s been an editor for The Spruce, the Sun-Times Media Group, and The Island Packet/Beaufort Gazette newspapers.

These Are the Shortest-Living Dog Breeds

These Are the Longest-Living Dog Breeds

Ridiculous Things Some Dog Owners Do That Make People Furious

Secrets Your Dog Walker Wants You to Know