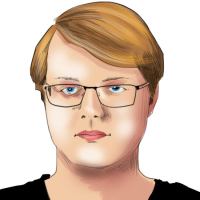 Matt Trzcinski’s career in journalism began in high school, when he started writing for local newspapers. He’s been a film critic since 2012, and joined the Showbiz Cheat Sheet team in 2019. Besides his film coverage, he also covers classic rock and pop music. He loves the larger-than-life personalities in both genres, which provide ample fodder in books and interviews for behind-the-scenes information our readers want to know.

Matt is a Tufts University graduate with a Bachelor’s degree in Film and Media Studies. In his free time, he participates in the Boston Horror Society, a group devoted to horror films. He also enjoys reading the work of critics including Roger Ebert and Chuck Klosterman and authors J.D. Salinger, Edgar Allen Poe, and Franz Kafka. See more of Matt’s work on Screen Rant, Cinema Axis, Taste of Cinema, American Songwriter, and his Muck Rack profile.

Nancy Sinatra’s ‘Boots’ Album Has Songs by The Beatles, The Rolling Stones, and Bob Dylan

Why Bob Dylan Doesn’t Consider Himself a ‘Cult Figure’

Why John Lennon Said The Beatles’ Fans Should Like Queen

5 Beatles Songs That Were Actually Covers

Why The Eagles’ ‘Witchy Woman’ Appealed to the Masses, According to Don Henley

The Beatles’ ‘Hey Jude’ Stopped a Paul McCartney-Produced Song From Hitting No. 1

The Beatles’ ‘Happiness Is a Warm Gun’ Upset Nancy Reagan

Why The Beatles’ ‘Love Me Do’ Confused Kiss’ Gene Simmons

Fans Accused The Offspring of Ripping Off The Beatles’ ‘Ob-La-Di, Ob-La-Da’

The Beatles’ ‘Back in the U.S.S.R.’ Only Became a Hit Years After the Band Broke Up

Paul McCartney Named a Hit Song After His Land Rover

George Harrison Hated The Beatles’ ‘Revolution’ Being in a Nike Commercial

Why John Lennon Made Nothing Off The Beatles’ ‘Something’