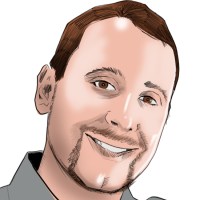 Robert Yaniz Jr. has been covering the entertainment industry since 2003. But he was a student of pop culture long before that. At Showbiz Cheat Sheet, he specializes in movie coverage, particularly Star Wars, the Marvel universe, and projects from Will Smith and Keanu Reeves. Robert is also a member of the Online Film Critics Society. And he currently runs his own movie podcasts over at Crooked Table.

Robert joined the Showbiz team in 2019. He loves the ability to channel his personal passion for film into his writing, and drive the conversation while entertaining readers. Read more of Robert’s work at Screen Rant, We Got This Covered, Monkeys Fighting Robots, and his Muck Rack profile.

‘Blue Bloods’: Donnie Wahlberg Knew There Was the ‘Risk’ of Being Disliked When He Took the Role of Danny Reagan

Pedro Pascal Was ‘Scared’ to Take on This Role

‘Gunsmoke’: What Was James Arness’ Net Worth at the Time of His Death?

Eric Braeden Says Playing Sports Helped Him as an Actor

Eric Braeden Said Losing His Father at a Young Age Led Him to Be ‘Defiant’: ‘I Will Not Take S*** From Anyone’

‘His Dark Materials’ Final Season Was Delayed on Purpose

Greta Gerwig Was Nervous While Acting in ‘White Noise’

‘Chicago P.D.’: Why Halstead Joined the Army Instead of Being Killed Off the Series

‘George & Tammy’: Jessica Chastain ‘Stopped Eating’ Until She ‘Looked Sick’ to Star in the Paramount Miniseries

‘Webster’ Cast: Where Are They Now?

‘Martin’ Cast: Whatever Happened to the Stars of the Hit ’90s Sitcom?

What Was James Franciscus’ Net Worth at the Time of His Death?

‘Blue Bloods’: Bridget Moynahan Grew Up Irish-Catholic and Still Goes to Church: ‘I Just Believe in Being Spiritual and Having Faith’