A Day in the Life of Kate Middleton: What Does the Duchess Do Every Day?

Being royal has its perks — especially when it comes to the daily grind. Albeit a position of service, most senior members of the royal family do not have office jobs and get to spend their days supporting causes they are passionate about, hanging out with their family, and representing the Queen of England. And while it’s probably not all easy, it sure looks fun! Speaking of which, as the future queen consort, Kate Middleton has a lot of exciting things on her calendar. Find out what it’s like to be the Duchess of Cambridge with a look at a day in the life of Kate Middleton, ahead. 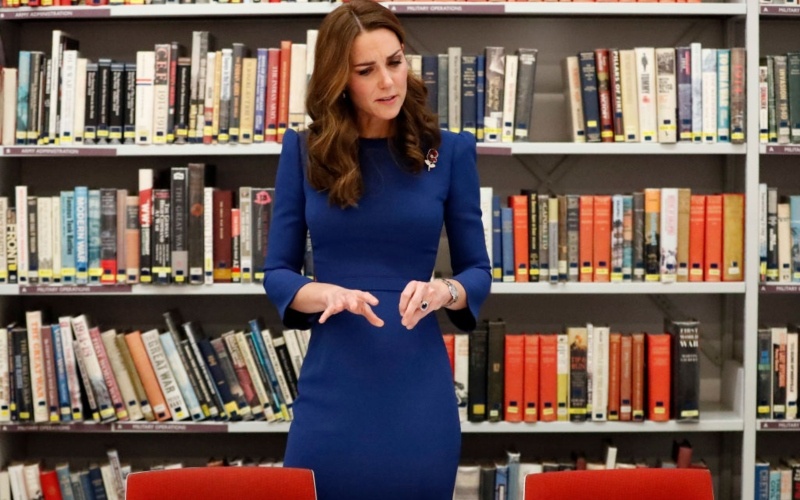 A day in the life of Kate Middleton is a lot busier than you’d think. | Getty Images/ AP Photo/Frank Augstein, pool

A day in the life of Kate Middleton

Despite her flexible schedule, Kate Middleton keeps very busy during the day. Not only does the Duchess of Cambridge have important events and ceremonies to attend, but she also mothers three children (and doesn’t fully rely on nannies like some other members of the royal family), cooks dinner for her family, leads an active lifestyle, and meets with officials, including the queen herself. Curious to know what she does every day? Here’s a day in the life of Kate Middleton.

Like her sister-in-law, Meghan Markle, the Duchess of Cambridge is a big fan of yoga and likes to stay active with downward facing dogs and other vinyasa flow positions. The duchess is also a big fan of pilates and occasionally incorporates CrossFit and skiing into her workout regimen. That said, the secret to her slim physique might come from her commitment to planking. Kate Middleton allegedly does several planks a day, holing for 45 seconds at a time.

In addition to working on her flexibility and strength, she also keeps up with her cardio by taking the family dog, Lupo out for regular walks.

She spends time with her kids

As a mother of three, Kate Middleton has her hands full. And while she does have support from an on-staff nanny, the duchess prefers to raise her children and focuses on spending as much time as possible with them. She sometimes even brings them along to work engagements and royal tours!

Kate Middleton is apparently quite the cook and often cooks at home for her family. When she and Prince William lived full-time in England’s countryside, she even shopped for ingredients at the local grocery store.

A large part of the royal’s job has to do with philanthropy and a day in the life of Kate Middleton usually consists of meetings with organizations, attending events, and even volunteering her time for certain causes. In the past, the duchess also spearheaded campaigns alongside Prince William and Prince Harry, such as the Heads Together initiative that focused on mental health awareness.

She represents the queen

In addition to her charitable efforts, Kate Middleton has the important task of representing Her Majesty. Whether it be at a ceremonial event, an official engagement, or a royal tour abroad, the Duchess of Cambridge upholds her duty of representing her grandmother-in-law and the people of England (and the Commonwealth) in every aspect of her work life.

Not every day looks the same for Kate Middleton, as she occasionally focusses all of her attention on hosting world leaders at Buckingham Palace. The duchess and her husband (Prince William) are sometimes responsible for entertaining guests at banquets and state dinners throughout the year.

She spends time with Prince William

Even though they keep a busy schedule — and focus a lot of their attention on raising their children — Kate Middleton and Prince William still make time for each other. The two keep their relationship an important aspect of their everyday lives and enjoy spending quality time together.