It may be superficial, but the first thing the audience noticed about Susan Boyle is that she didn’t look the part of famous singer. People didn’t expect much when she opened her mouth to sing during that now-famous episode of Britain’s Got Talent in 2009. But when she belted out “I Dreamed a Dream” from Les Misérables? Those same people were blown away.

Equally shocking is Boyle’s more recent transformation. Wait until you see how she looks now!

Who is Susan Boyle?

Susan Magdalene Boyle was born in April 1961 in Blackburn, Scotland to a miner father (he was also a talented singer) and a typist mom. Boyle was born when her mother was 45 and is the youngest of four brothers and five sisters. For most of her life, she was told she had learning disabilities due to her mom’s advanced maternal age and being deprived of oxygen at birth. But later, Boyle was diagnosed with Asperger’s and an abnormally high IQ.

She took professional singing lessons and even had a few singles recorded prior to appearing on the show, proving that her talent extended beyond just singing in a competition. Susan Boyle didn’t achieve notoriety until her television appearance, however. Her exceptional performance of “I Dreamed a Dream” went viral and currently has more than 233 million views on YouTube.

Have a look at the freshened up preview of Susan's website & sign up to the newsletter to make sure you're up to date on upcoming news! [link in bio] New website coming soon..

What happened after the show?

The Britain’s Got Talent appearance catapulted Susan Boyle to instant fame and success. Shortly after, she became an internationally recognized professional singer with seven albums and an estimated net worth of about $35 million. But despite her considerable career achievements, Boyle still had one issue to tackle: her constant struggle with her weight.

How did Susan Boyle lose weight? 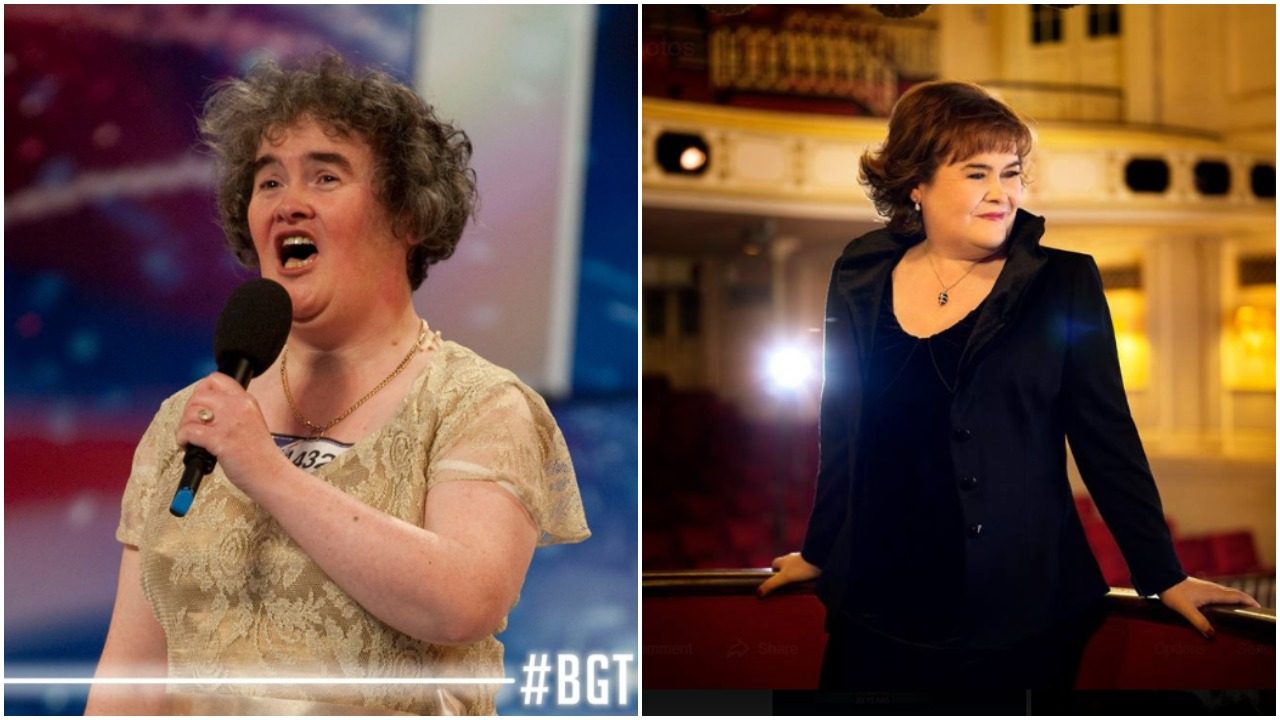 Boyle admitted that her battle against weight gain has plagued her since she was young. She was often bullied in school for being slower to learn and heavier than average. At that age, Boyle had no solutions for her problem and often turned to food for comfort, which just made the situation worse.

Everything changed in 2012 when Boyle was diagnosed with Type II diabetes. That’s when she realized it was time to get serious about her diet and health, or else she’d suffer from serious consequences.

The first thing Susan Boyle did to lose weight was cut sugar from her diet. This was especially significant for her health as a diagnosed diabetic. In an interview, Boyle said, “I need to stop eating sweeties and cakes. It’s the bane of my life.”

Luckily, she was able to achieve that goal even though it was difficult. She stopped drinking soda and sugary juice, cut most processed food from her diet, and avoided alcohol. Boyle also began an exercise program that matched her athletic ability and took a Garcinia Cambogia supplement to jump-start the process.

How much weight did Susan Boyle lose?

It's a wrap! End of filming advert for 'Home For Christmas'

These days, Susan Boyle looks like a completely different person. She was lovely before, but now she’s looking and feeling even better thanks to a whopping 50-pound weight loss. But even more important than just looks is her health. Thanks to cutting sugar, engaging in exercise, and controlling her weight, Susan Boyle is healthier and happier than ever.