How Do ‘Catfish’ Producers Choose Who Will Appear on the Show?

The advent of social media has given rise to a surge in online dating. With many online dating sites to choose from these days, you can find a partner with the click of a mouse. Online dating can have its downside, however, especially when you find out that the person you’ve fallen in love with isn’t who they claim to be. Not everyone is honest when creating a dating profile on these sites.

Unfortunately, it’s easier to be tricked by an online love interest than you might think, with even celebrities falling victim to “catfishing” schemes. That’s why the show Catfish is so popular. Viewers tune in for the catfishing stories, which can get crazy at times, and learn how to spot a catfish themselves. Not all is what it seems with the popular series, however.

What does ‘Catfish’ do? 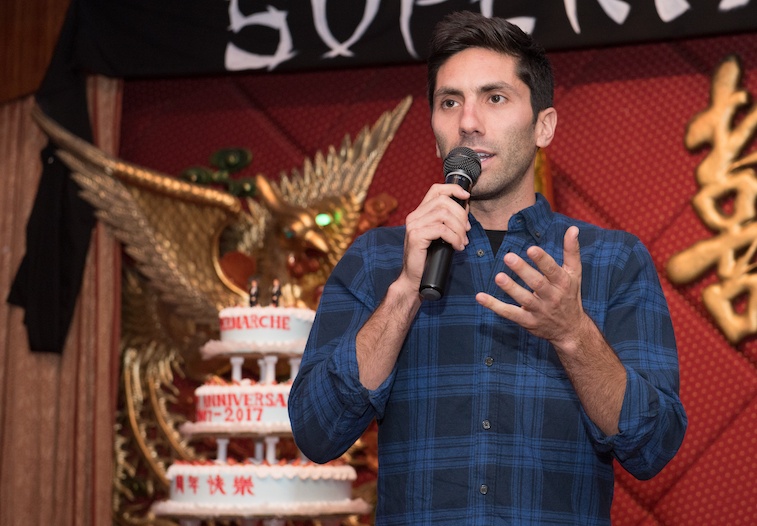 The term “catfishing” originated in a documentary called Catfish, in which Nev Schulman suspected that he may have fallen in love with someone who wasn’t being honest with him. In the documentary, Schulman tracked down his online love interest and discovered that she was really a married woman in her 40s who had been pretending to be a young, single woman. The term itself was coined by the woman’s husband, who likened the act of deception in a relationship to a cod-fishing practice he often used.

They used to tank cod from Alaska all the way to China. They’d keep them in vats in the ship. By the time the codfish reached China, the flesh was mush and tasteless. So this guy came up with the idea that if you put these cods in these big vats, put some catfish in with them and the catfish will keep the cod agile. And there are those people who are catfish in life. And they keep you on your toes. They keep you guessing, they keep you thinking, they keep you fresh. And I thank god for the catfish because we would be droll, boring and dull if we didn’t have somebody nipping at our fin.

The documentary was so well-received that a spin-off series of the same name was launched. The series Catfish follows host Nev Schulman and investigator Max Joseph as they investigate possible “catfishing” schemes. The format of the show usually starts with Schulman and Joseph discussing a case, interviewing the person who suspects they’re being catfished, and then tracking down the suspected catfish. Although Joseph left the series in August 2018, the series will continue its two-person investigative team by bringing in a series of celebrity guest hosts to replace him.

Most often than not, the person is lying about some aspect of their identity; some participants lie about their age or name, while some lie about their appearance, and others even lie about their gender. More often than not, the relationship ends after the confrontation. Every once in a while, however, the episode has a happy ending, such as the case with “Colleen & Tony” in Season 3. Although both Colleen and Tony (whose real name is Jeremy) were busted for lying in this episode, it ended with a proposal.

How do ‘Catfish’ producers decide who is on the show?

Any #IMVU users out there? If you're in a relationship with someone on this virtual world but have never spoken/seen them over the phone or IRL, we'd love to help you meet whoever is behind the avatar! Apply today: catfishnev@gmail.com or https://t.co/QF0ZgFIVml

Catfish chooses the show’s participants via a casting application on the MTV website. The application allows producers to screen applicants and select the most titillating stories. Interestingly enough, it is usually the catfish, not the victims, who apply to be on the show. The application appeals to the catfish, hoping they will seek to unburden themselves by confessing their secret to their internet crush. Once participants have been selected, they are subjected to thorough background checks before the episode is filmed. In addition to background checks, participants must sign a waiver allowing their footage to be aired. All of this effort is made before the episode is even filmed, which explains why the catfish are already wearing microphones when Schulman and Joseph arrive at their doors.

The waiver doesn’t guarantee that the participants will cooperate, however. Marshall Eisen, MTV’s senior vice president of news and docs, told Vulture that the participants have the right to change their mind. Although it hasn’t happened yet, if a participant does change his or her mind, Eisen says they will respect their decision. “We never know 100 percent for sure if the catfish is going to go through with this, even if they commit to filming. That’s why there is a lot of tension in those scenes when we pull up for the visit because we’re all waiting for the day when the catfish will not respond or change their mind,” Eisen said. “They’re real people and they’re exposing themselves, making themselves vulnerable, and we’re never going to force them to do it.”