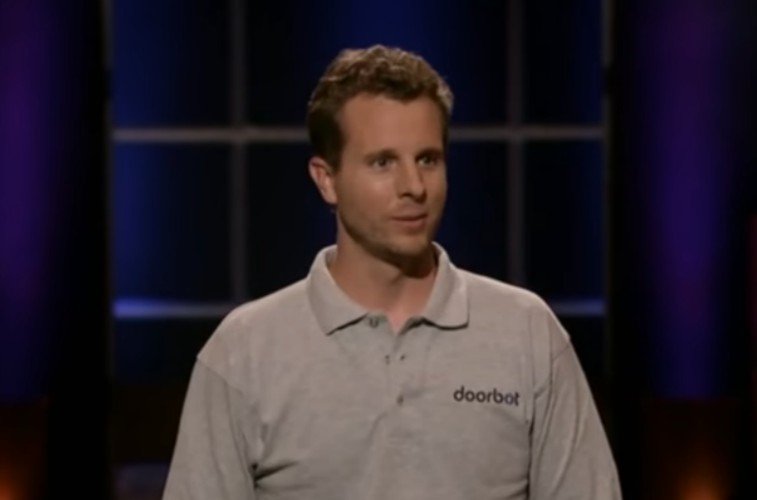 [Editor’s note 10/15: A previous version of this article spelled Siminoff’s name as “Smirnoff.” The correct name is Jamie Siminoff.]

There have been many famous guests who became sharks on Shark Tank. Some guest sharks were from sports, business, and reality television. But now the show is starting to pull from its past to make new deals. Jamie Siminoff is a guest shark in Season 10, which may be a sign of what’s to come in future seasons of the show.

The Cheat Sheet talked to Daymond John, Kevin O’Leary and Mark Cuban at the Tribeca TV Festival for Tribeca Talks: Ten Years of Shark Tank on Sept. 23. This is what they had to say about Siminoff’s return to the show and if more entrepreneurs will come back as sharks.

Siminoff first appeared on the show back in 2013 to show his video doorbell invention, which was then called DoorBot. The invention helps with security by allowing users to see who is at their door through video on their phone. His pitch was rejected but after the show, he continued with the invention and named it Ring. Amazon bought the company for over $1 billion.

Daymond John told The Cheat Sheet Smirnoff’s return is “amazing because he’s grown in so many ways.” He continued, “He’s a household name all of a sudden. His company’s a household name and he wants to invest in people so it shows that the show is full circle. You go all the way from being on one side on the carpet to then getting to be a shark and then wanting to bring other people up the ladder.”

The show is still asking past guest sharks and new ones to come on the show. But Kevin O’Leary also said that he sees Siminoff’s return as a sign of the future.

“He was a young entrepreneur trying to make it,” O’Leary told The Cheat Sheet. “He sold his company for [more than a billion] to Amazon. Now he’s a shark! I think that’s very cool that we got a new generation coming in.”

When asked if there are any past entrepreneurs he hopes to see back he said, “There are. There’s several that sold their companies now and made a lot of money. So we’ll see what happens next season.”

Mark Cuban also told The Cheat Sheet that he hopes to see more people who pitched on the show come back as a shark. “I hope all of them can,” he said. “I want them all to make a lot of money.” He added, “when someone’s successful like that you’re just excited for them and proud of them.”